It is well known that most of Saudi Arabia’s area lies in one of the hottest spots in the world. The temperature during Hajj season this year is expected to reach 50°C in some days, according to Arab News. Also, the rate of moisture may range between 10-15%. Accordingly, the body temperature increases as a result of control failure in the human brain center of controlling body temperature, the Hypothalamus.

It has been found that race has a great effect on falling a victim to sunstroke. Peoples with low-pigmented skin, who never used to be subjected to high temperature, are more liable to sunstroke than the residents of tropical regions and other ethnicities with high levels of Melanin.

In addition, the aged, the people with frail bodies, the fat, and the patients of blood pressure, diabetes, and heart failure are easily attacked by this malady. It is crystal clear that the sooner the patient is treated, the sooner he becomes well and his safety becomes greater.

Sunstroke does not attack only those who are subjected to the sun. Rather, it occurs also to those who stand before ovens and those who live in high-temperature spheres for a long time and in the meantime, have a high rate of moisture. The main remedy, in this case, is preserving the body temperature lest it loses high amounts of sweat.

Sunstroke also occurs in case of the evaporation of sweat in which case the body temperature increases causing the body to fall victim to sunstroke.

It should be noted that some pilgrims subject themselves to the sun for a long time thinking that this brings them an abundant reward. This, in fact, has nothing to do with religion as Allah says: “Cast not yourselves into destruction by your own hands.” (Al-Baqarah: 195) 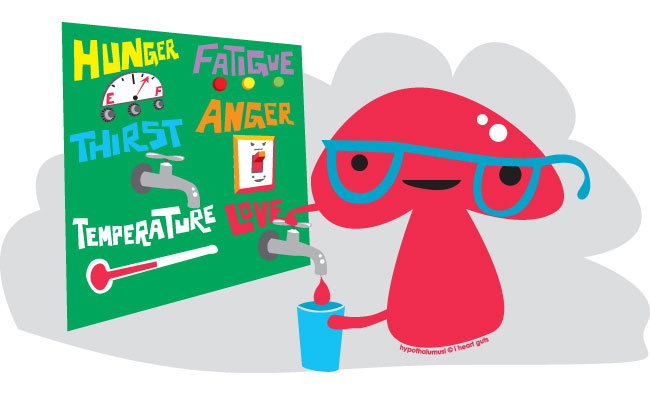 The symptoms of sunstroke may be represented in the sudden increase of temperature, dryness, and redness of the skin, headache, dizziness, loss of consciousness, stomach disturbances, belly pains, and the increase of white blood cells (leukocytes).

There may be also some sort of imbalance represented in form of hallucination. In some cases, the person may be plagued with coma and high temperature. Often, he is plagued with anhydrosis, dryness of the skin, and fastness in pulse.

In severe cases, this malady may result in the death of the patient. In some other cases, there may be a kind of diarrhea and vomit. This will further take the person into a state of severe and serious shock. This disturbance may cause failure in any bodily system.

The bodily parts mostly affected by sunstroke are the brain, heart, liver, lungs, kidneys, and muscles. It has been found that a form of bleeding occurs within the cells of these bodily organs.

Also, in some cases, the person may be subjected to hemiplegia or loss of balance. Being affected, the kidney cells may bleed and there may be a deficiency in the work of the liver… etc.

How to Defend Yourself Against Sunstroke? 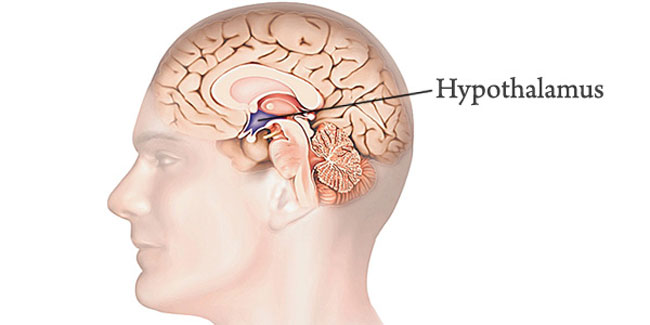 It is very important to defend yourself against sunstroke. The first procedure is to keep remote from direct contact with sun rays.

Here comes the importance of educating people about the dangers of being under the sun for long periods. In case one has to be subject to the sun, this should last for short, not long periods.

Also, arduous efforts are to be avoided. In addition, there should be plenty of water and drinks. White baggy clothes are to be worn.

1 – Taking the victim away from places with high temperature.

2 – Taking his clothes off and laying him on his back with his head upwards.

3 – In case the victim is aware, he is to be offered cold water. In case he is fainting, his body is to be sprinkled with water and he is to be put under a van so that the water would be evaporated soon.

4 – He should be taken to the hospital immediately so as to hasten his recovery.

It should be the first concern of those who are around the patient to reduce the high temperature. Some people put the patient in a bathtub filled with cold water so that the patient regains his consciousness, and resorting to this means leads to a high rate of death.

In this case, cooling is to be stopped and the patient is put under observation until he becomes well again. 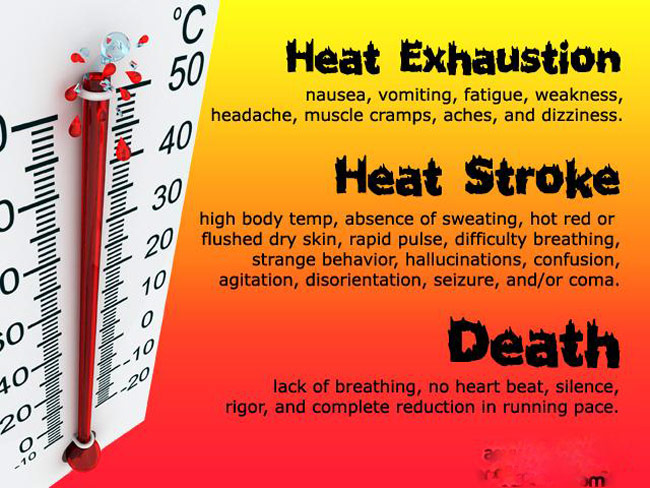 This article is from our archive, originally published on an earlier date.