The Prophet (PBUH) said, “If my community had only known what there is in fenugreek they would have paid its weight in gold.”

Many herbs have been used historically as “cure-alls” or potent “tonic herbs.” Among these herbs are black seed, fenugreek and aloe vera, three of the Prophet’s (SAW) favorite herbs.

Bukhari reports that the Prophet (PBUH) recommended that we “use black seed regularly because it has a cure for every disease except death.”

The Food Chemistry magazine found that the Nigella sativa or more colloquially the black seed is rich in protein, carbohydrates, essential fatty acids, vitamins A, B1, B2, C and niacin as well as calcium, potassium and iron. These are the very nutrients that modern science has found that we most lack. 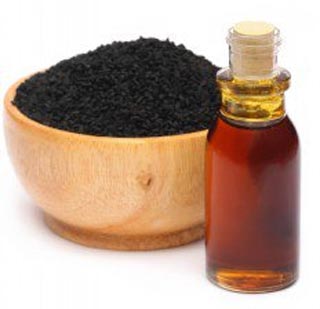 We are encouraged to drink milk for calcium, to take supplements of Essential Fatty Acids (EFA), and to consume niacin pills to lower our cholesterol; though, the black seed can provide many of these same benefits.

It also provides many of the same nutrients that the US Food and Drug Administration (FDA) recommends. They help prevent disease and slow down the aging process.

Dr. Michael Tierra, author of Planetary Herbology, also found black seed to be high in the above nutrients. In addition, he found a remarkable number of sterols, especially beta-sitosterol, which has anti-carcinogenic properties.

The Journal of American Scientists reported that the black seed has a number of useful properties such as antihistamine, antioxidant, antibiotic, antimycotic and broncho-dilating effects.

These findings possibly explain its long history as a lung tonic. Humans have used the Black seed for almost 3,000 years. It clears up blockages and phlegm in the lungs. It cures asthma and asthma attacks. Moreover, it stops runny noses with colds.

Allah’s Messenger (PBUH), in fact, used to soak 20 seeds wrapped in a linen cloth in water overnight. He placed drops of this solution into his nostrils to relieve congestion and head colds (Al-Akili, Medicine of the Prophet).

Another famous use of black seed is for digestive problems. It dries up soggy stomach, ease colic pain, and expel intestinal worms. It also removes bloating in the intestines caused by eating wheat bread. The warmth of the black seed also increases the flow of all fluids in the body. 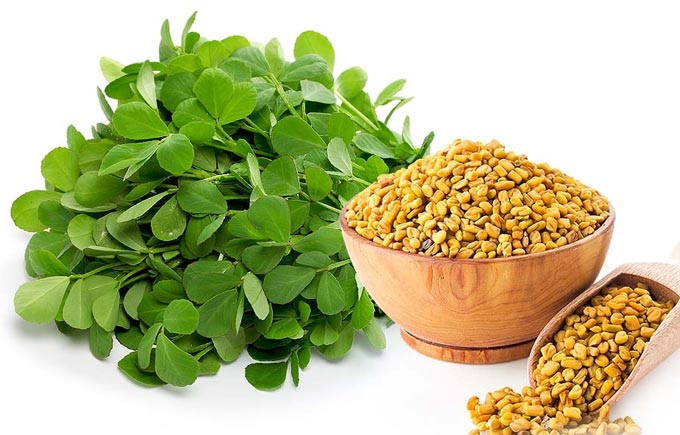 Black seed ointment is also useful for all kinds of ailments where a topical application is indicated including warts, skin allergies, insect bites, baldness and gray hair. In fact, black seed has been classified by many modern scientists as a “tonic herb” or “cure all.”

Also, the Prostaglandin in black seeds has the effect of inhibiting inflammation. This combination halts immune reactions and the start of many chronic illnesses like eczema, asthma and even cancer.

Qasim bin Abdur-Rahman narrated that the Prophet said, “Mix fenugreek in your medicines.”

One day, the Prophet has visited one of his companions, Sa’ad bin Abi Waqqass. He had contracted an illness in Mecca. And the Prophet (PBUH) requested that a physician examine him. After the diagnosis, the Prophet (SAW) said, “He will be fine. Give him the soup of a concoction of dates and fenugreek.” 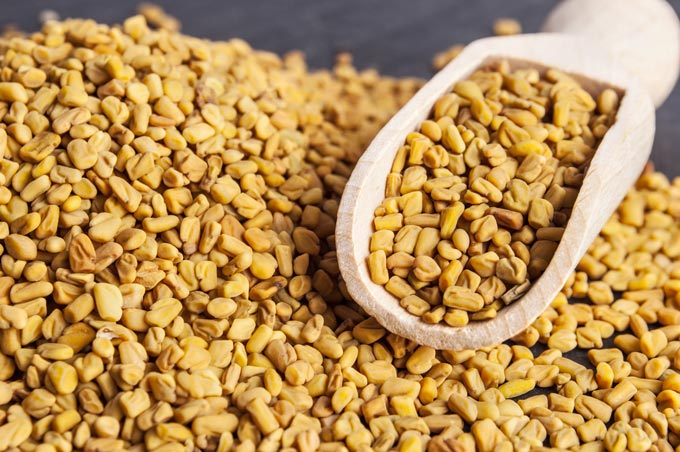 Fenugreek seeds have been found by laboratory tests to be very high in a number of nutrients, most notably fixed oils, which are comparable to the beneficial cod liver oil and other therapeutic oils that contain high amounts of vitamin A and choline.

For this reason, fenugreek is often used to lower blood cholesterol and provide strength to the body systems. These same ingredients oxidize to produce the distinctive smell one acquires when drinking fenugreek tea.

The trigonelline seeds have a hypoglycemic effect on rats. It’s also useful for anyone suffering from hypoglycemia, diabetes and fatigue.

Fenugreek also contains saponins and sapogenins. Both of them are essential materials for the synthesis of steroid hormones and other drugs. This gives it the same potential as wild yam which is a natural estrogen replacement therapy.

For this same reason, practitioners use fenugreek for a multitude of female complaints. It’s good for halting painful menses and promoting lactation in new mothers.

Fenugreek is also high in minerals and proteins. That’s why its wet seeds are a valuable skin conditioner. The proteins in fenugreek are also high in lysine, tryptophan, fats, phosphorus and iron.

For this reason, fenugreek is often used to combat anemia. The seeds also have a unique ability to bulk up with liquids so the tea is often drank as a remedy against constipation, urine retention and candida albicanas. 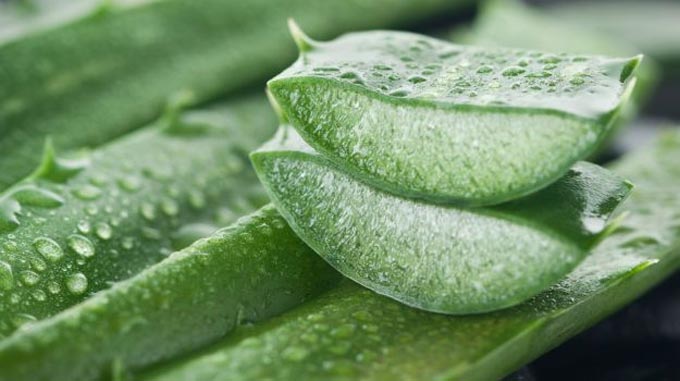 Aloe vera is another very useful and favorite herb of the Prophet (SAW). Qays bin Rafi al-Qatsi narrates that God’s messenger (SAW) said, “Aloes and watercress are a sure cure for illness.”

In fact, some South Americans still use aloe vera as an “all-purpose” cure. In some homes, it’s the only herb for all illnesses.

One of its unique qualities is that you don’t have to cook or prepare it for internal or external applications, because it comes from the leaves as a ready-made gel that you can mix with water and consume it or apply it directly to the skin from the cut leaves.

In this sense, aloe vera is one of the most useful plants to have around the house. Its only drawbacks are that it is usually too strong for children, or pregnant or nursing women to take internally, and the taste is quite offensive.

In some cases, people have had skin reactions to the plant as well, indicating that although it’s useful, you should be cautious.

Aloe vera is most famous in the Western world for its external uses, particularly in treating kitchen burns, acne and wounds from injuries or surgery. 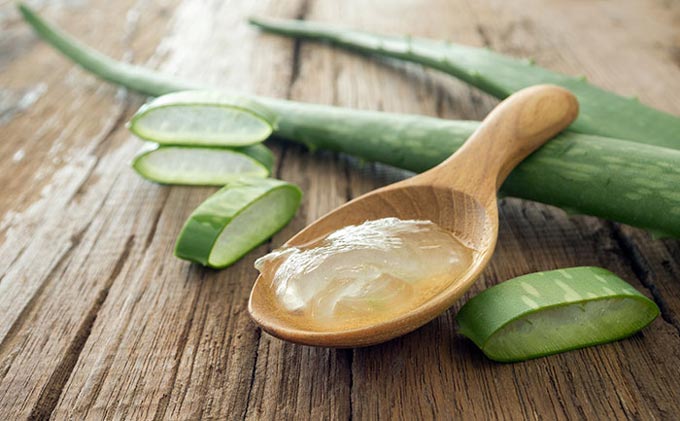 In fact, documented cases of radiation burn victims in Japan showed that aloe healed the burns more rapidly than any other method.

The mucilage in aloe, which contains mucopolysaccharides, is largely responsible for aloe’s healing action both on burns and wounds.

In fact, these polysaccharides show similar action as hyaluronic acid in lab tests. Aloe works most effectively when it is taken directly from the growing plant as it is sterile and will not contaminate a burn or wound with bacteria.

Aloe also contains varying amounts of anthraquinone glucosides, which have bitter gripping cathartic principles. This explains its long history of internal uses as a colon cleanser and detoxification herb. It has also been used to open obstructions in internal organs, particularly the liver.

In fact, aloe’s mucilage provides a unique soothing effect to the digestive system along with a cleansing effect from the polysaccharides. 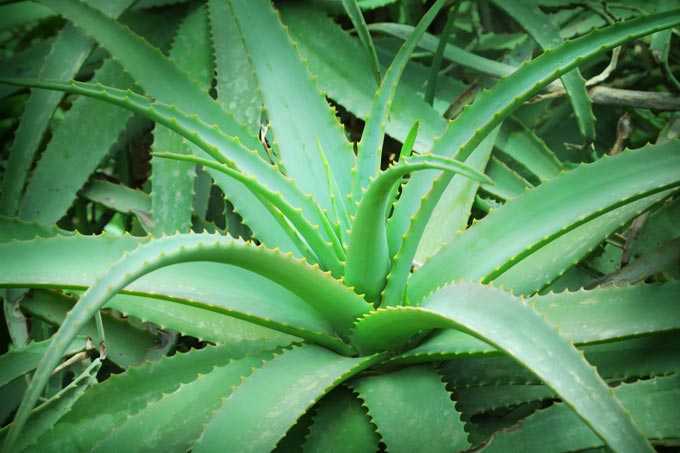 We are wise to use these herbs that Allah has provided, remembering that, “For every malady Allah created, He also created its cure (and he who) acquires such knowledge shall benefit from it and one who ignores it will forgo such benefit.” (Sahih Bukhari).