The phenomenon of exhaustion frequently takes place in the summer or in places with high temperature such as during Hajj pilgrimage.

Sometimes, it attacks the person suddenly, but it mostly be caused by the body being subjected to high temperature which, in its turn, results in losing huge amounts of sweat that contains Sodium Chloride.

The symptoms are general weakness, headache, dizziness and agitation, in addition to many other symptoms like thirst, nausea and anorexia.

The person may also fall fainting out of sickness and he may be pale with a cold body. His pulse becomes weak and fast or strong and slow, the body’s temperature becomes normal or less normal, and the amount of urine becomes lesser with some sort of spasm.

How to Defend Yourself against Exhaustion? 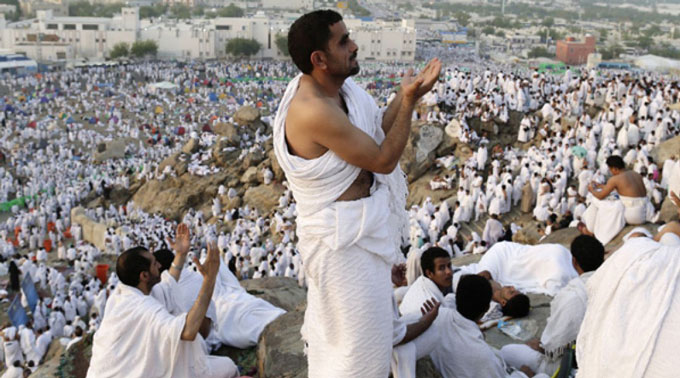 It is very important to know how to defend yourself against this serious malady. Once a person gets subjected to the sun and thus loses considerable amounts of sweat, he has to compensate for this by consuming great amounts of drinks and taking salt tablets in some cases. As for the way of treatment, it is as follows:

Set the sick person in a cold place, take his legs upwards and rub them and give him salty water to drink (a teaspoon of salt added to 1 liter of boiled water). In case he is out of conscience, give him nothing to drink through the mouth. Thus, a sick person may need to be taken to the hospital and given saline through the vein. In this case, blood pressure will come to its average again and the temperature will be back to the normal.

These cramps always attack those people with normal bodies who carry out arduous works under high temperature and thus exert great amounts of perspiration. It also attacks sportsmen who do the same job. The main cause for this is the great amount of perspiration lost due to these efforts. This is always accompanied with severe pains in the affected muscle and sometimes in the belly.

After taking some rest, being remote from high temperature, and giving the sick person some saline or salty tablets, the person may feel well.

It should be noted that muscular and articular pains increase according to high temperature. A pilgrim may think of it as being rheumatism. However, it stems from the infection that occurs in the muscle due to being subjected to change of temperature caused by air conditioners. This results in myosclerosis. Taking aspirin with some warming may be helpful in this case.

This article is from our archive, originally published on an earlier date.