We all hear about energy; we also feel it and experience it in our everyday lives. We feel the boost of high energy when exited, stimulated, loved and appreciated; and we feel our energy depleted and melted away with humiliation, neglect, embarrassment, anger, hate, or revenge. But, what exactly is this ‘energy’?

Before 1905, scientists believed that energy and matter were two totally separate things, until Albert Einstein showed that mass and energy are two sides of the same coin.

If we delve inside the tiniest structure of our universe, we will find that the atom is a hollow structure. It is a tiny core with even tinier electrons spinning around its nucleus in a vast void, a miniature representation of our immense universe. This void is part of us and we are part of it.

Physics tells us that all atoms and molecules generate some form of energy. They all send and receive some form of electromagnetic waves. The world around us is far beyond the compact mass we see with our naked eyes. And, we, human beings, are far beyond the compact mass of flesh and bones that we recognize, see or test in the labs. We are swimming in vast sea of energy.

In 1971, Dennis Gabor was awarded the Nobel Prize in physics for his invention (or we might rather say discovery) of Holography. Using this technique, the light scattered from an object could be recorded and then reconstructed so that, even if the object is now removed, our eyes can still detect a 3D image of the object when we look at the reconstructed beam. What is amazing about this technique is that it shows how information could be stored in the form of waves or frequencies to be retrieved later and reconstructed.[1]

Physicists had shown that any patterns like images and shapes could be described through mathematical languages and converted into mathematical equivalent of wave interference patterns. With the advancement of science like holography, the reverse is also now possible where patterns corresponding to specific electromagnetic wave frequencies, lengths and interactions are reconstructed to yield 3D images. In other words, waves are now proven to have the ability to somehow encode information[2].

Science is Finally Beginning to Accept

Science acknowledged and proved years ago the presence of electric field associated with all body cells. We now know that heart beats, neural firing and muscle movement, for instance, are initiated by electric charges.

The electric and magnetic field created by all body cells and organs are tightly interconnected and highly synchronized through connective tissue (the tissue connecting all body cells and organs) forming what scientists call ‘the living matrix’ through which “every cell receives information on the activities taking place in every other part of body”[4].

The same concept was taught by the ancient Chinese medicine which recognized centuries ago that the human body possesses an electric/magnetic energy that flows through specific channels called meridians. According to TCM (Traditional Chinese Medicine), these meridians work like electric circuits delivering energy to every cell in the body. Health depends on the quality of this communication, and thus, keeping these meridians clear and their energy flowing is the primary goal of a TCM practitioner. This is the basis of acupuncture and acupressure therapies and this is also the basis of many energy healing modalities.

Energy healing, thus, involves the work on restoring the quality of communication within this living matrix, a matrix that possesses an inherited amazing ability to restore health and vitality. Malfunction or disease occurs when the energy flow within this matrix is somehow restricted in certain areas of the body.

This fact is even now identified by conventional medicine in what is known as PEMF (Pulsed Electro Magnetic Field) therapy which uses low frequency and extremely low frequency (ELF) range (0.3-30 Hz mostly averaged at 7-8 Hz) that is applied to an injured bone resisting conventional chemical treatment to ‘jump-start’ healing and bone repair in case of stalled healing process.

PEMF therapy, scientists say, is safe and very effective as it conveys the required ‘information’ needed to trigger cell repair and start a cascade of cellular, biological, chemical, and/ or nuclear activities that restore health and healing[5].

Energy Healing: Is It Really Effective? 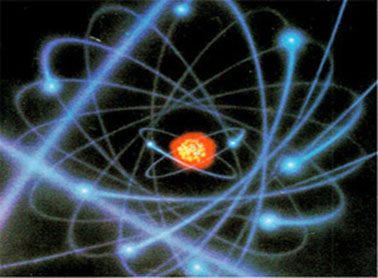 Physics tells us that all atoms and molecules generate some form of energy. They all send and receive some form of electromagnetic waves. The world around us is far beyond the compact mass we see with our naked eyes.

Our knowledge about the human energy system is still in its infancy. Every day, our knowledge is greatly advanced in this field and, with every new discovery, we just perceive how ignorant we are, as the Qur’an says:

The knowledge of body energy centers (the chakras) and the meridians with their designated names and locations are mainly derived from the ancient Indian, Chinese and Tibetan medical practices. That’s why this science had unfortunately been highly adulterated with lots of erroneous religious and tribal beliefs that should totally be avoided as they completely contradict our Islamic Teachings.

From what was mentioned so far, you can see that there is no doubt that energy is real and that in all its forms, it has a major effect on our bodies and souls. There are lots of evidence that prayers, supplications, meditations, proper breathing, guided intentions, social and psychological supports, positive thinking, and healthy lifestyle can deeply affect people energy and in many cases cause healing of not only emotional and psychological ailments, but also of many physical symptoms and chronic diseases. But, can a human being, by mere touch or words, heal or increase the energy level of others? The answer is very controversial.

If you asked me about energy healing a few years back, I would have replied that it’s ok to see a Reiki, Pranic or Theta healer. Just take from them what applies to our religion and ignore the other contradicting aspects. However, as I’ve now delved deeper into their theory and practice along with many other energy healing modalities, I totally advice against them. I still believe in energy and its healing powers and the existence of firm scientific evidences for that, but those healing modalities are founded on totally non-Islamic bases.

The founder of Reichi, Mikao Usui, actually states that it was ‘revealed’ to him, the same claim was stated by the founder of Pranic healing, Choa Kok Sui, and Theta healing, Vianna Stibal. Furthermore, before starting their sessions, the healers should ask for guidance and elicit the help and support from ‘higher power’ including the ‘spirit’ of their founders and their ‘angels’. Whether they state their supplication out loud or just perform it in secret, they all do it, they have to, this is an integral part of their teaching and a pre-requisite for the healing to be achieved, as they claim.

Yes You Can Help Yourself 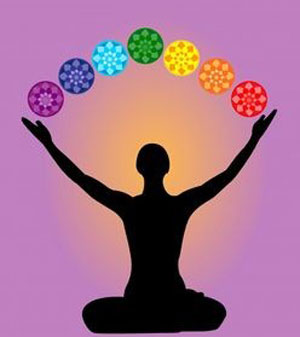 But, can a human being, by mere touch or words, heal or increase the energy level of others? The answer is very controversial.

Energy healing, for me, is a tool for you to understand your body and listen to its own language. In my writings, work and practice, I try to stick only to what is strictly compatible with our Islamic teachings, what science has proven and/or what logical thinking can agree with.

Temporarily raising your energy levels won’t achieve deep healing. This temporary relief doesn’t deal with the cause behind the problem. The suffering or the imbalance that caused the energy leak in the first place is still there, un-dealt with. It is probably hidden in the person’s subconscious reality or weaved into some unhealthy habits or lifestyle. Thus, the leak will continue and the problem will surface again with time. It may be manifested in the same form and place or in related shapes and locations.

This is somehow like the symptomatic treatments of conventional medicine; they mask the symptoms or suppress the disease for a while, but affect no real deep healing.

There aren’t shortcuts in holistic wellness. The role of a holistic health practitioner goes far beyond silencing your body warnings. His real goal, and yours, should be pointing towards the source of energy leak and guide the way to effectively dealing with it, integrating and harmonizing all of “You”: body, mind, heart and soul.

By understanding your energy map, and by learning to listen to your own body and decode its subtle language, you can restore your own energy via will, commitment and above all, the total faith in the true healer, Allah SWT.

As Dr. Elmer Green, the former director of the Voluntary Controls project at the Menninger Institute in Kansas, once said: “Anything you can accomplish with an acupuncture needle you can do with your mind.”[6] And, Dr. Gary Schwartz, the professor of psychology, medicine, and neurology at the University of Arizona and director of its laboratory for advances in Consciousness and Health says: “Since we all have energy, and hands, we all have the inherent natural power to be energy healers.”[7]

Healing should target the whole person, physically, mentally, emotionally and spiritually. I see energy healing as an important tool in this health seeking journey.

Yet, unlike common advertisements and mal-practices, energy healing for me, is a self-delivered cure, a lifelong process, a tedious journey from birth to death, a continuous struggle for a pure heart and soul, for peace and satisfaction, for love and appreciation, for power without tyranny and strength without oppression. Energy restoration, for me, is a life long journey towards the straight path.

In my next article, God Willing, I’ll take you though the journey of understanding your body energy map. This is the first step towards decoding your body language so that you understand its aches and pains, and heads towards successful healing.

This article was first published in 2013 in a series of 4 parts and is currently republished for its importance.