A diabetic with unstable health condition is advised to defer his traveling until his heath condition becomes stable.
aaa

Hajj is a spiritual journey that takes two weeks up to two months in the hottest seasons of the year and is carried out in a place where there is no permanent residence for the pilgrims. Pilgrims always gather in a very limited patch of land and they undergo a considerable change in their way of life and their daily routine.

A diabetic is to carry a card in Arabic and English containing a detailed diagnosis of his state, his medication, dosage, his address, and his telephone number and the telephone number of one of his relatives. The following sentence is to be written on the back of the card: “If found unconscious, please give me some medication via mouth or injection and take me to the nearest hospital.”

It is known that most pilgrims are above forty-year old and thus have to undergo a cardiography before leaving their countries so as to be sure of their safe traveling. As for the medicines that are to be taken, there are plenty of medicines in the KSA and there are many services offered by health care committees of every country. It is recommendable, however, for a diabetic to take a bottle of insulin or a packet of tablets that may be used in case of need. Urine analysis instruments may be also taken in addition to some insulin injections that are to be put in a cold container so as to be kept from high temperature. Carbohydrates and medicines for diarrhea, seasickness, and airsickness are to be taken.

Try to carry out urine analysis and watchfully notice any change before meals and before sleep.

Once, Allah forbids, a diabetic falls a victim for sunstroke, the card will prove beneficial, for a diabetic needs, in addition to water and drinks, to insulin. A diabetic is advised to avoid all open places that make him in direct contact with the sun and to consume great amounts of water.

A diabetic with unstable health condition is advised to defer his traveling until his heath condition becomes stable. A young diabetic who uses insulin and is subject to fits is advised not to travel unless when he becomes quite safe that his condition is stable. In cases of food poisoning, a diabetic should hurry to the nearest hospital to receive the suitable medicines and antibiotics.

It is known that the period of Hajj is limited. A diabetic is not advised to fast during that period. If he has to fast, then he should do so after returning back home. As for children who are treated with insulin, they are advised not to travel. This applies also for a pregnant woman who may fall a prey to early delivery. In case of the aged, they are mostly treated with tablets and it is easy for them to perform this great divine obligation. It is noteworthy that pilgrims should have the suitable vaccination before traveling.

Diet for a Diabetic During Hajj 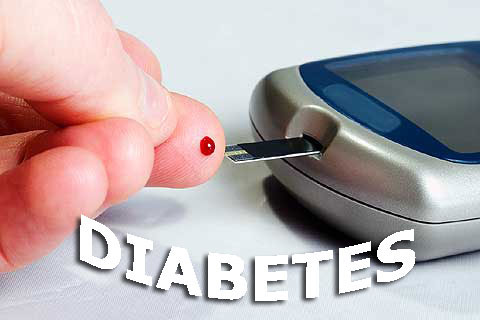 There is a certain diet to be followed by a diabetic during Hajj. This diet aims at reducing the rate of sugar in the blood and comforting the pancreas. It is advisable to use corn oil. In addition, the following is to be carried out:

1 – Reduce your weight to the ideal weight.

2 – Practice sports and exert efforts but in a moderate manner.

3 – Avoid any food that causes harm and any excessive amounts of food.

4 – Do not forget to take medicines on time and stick to the prescribed dosage.

5 – Once you feel dizzy or experience an unusual amount of perspiration, visit the doctor.

Food that Diabetic Can Consume at any amount:

Tomatoes, tomato soup, cucumber, lettuce, onion, watercress, leek, and meat soup that does not have fats.

One of the following is to be chosen:

1- a loaf of bread, three tablespoons of beans with oil or lentil.

2- a loaf of bread and two pieces of falafel.

3- a loaf of bread with a box of sardines.

5- a loaf of bread with an average amount of yogurt.

6- a loaf of bread with two tablespoons of cornflakes.

7- a loaf of bread with a teaspoon of jam or honey.

One of the following is to be chosen:

1- a loaf of bread,  kilo of meat or fish in addition to a plate of cooked vegetables and salad.

2- a loaf of bread, with four big pieces of falafel and a plate of salad.

5- a loaf of bread, three tablespoons of potatoes,  kilo of meat or fish and salad.

Ideal Diet for Diabetics of all Ages:

An egg, a piece of cheese, a cup of tea with spoon of sugar or some milk.

A plate of salad, an onion, a slide of meat, a plate of cooked vegetables avoiding potatoes and the like in addition to an apple or an orange.

A cup of yogurt, some fresh vegetables and salad.

Spicy foods, fats and the like are to be avoided. This diet may appear to be somewhat harsh. However, a diabetic should follow this special diet so as to evade anything that affects his health during this once-in-a-lifetime journey.