Allah (all glory be to Him) tells us in the Holy Quran about Ramadan that, “(He wants you) to complete the prescribed period (of fasting), and to glorify Him in that He has guided you; and perchance ye shall be grateful.” (Surat Al Baqarah: 2:185).

Many benefits, in addition to the spiritual, result from completing this prescribed period of fasting.  This article attempts to explain those related to our biological rhythms.

A person goes through five stages while going to sleep. The background activity of the brain is called the electroencephalogram (EEG) and can be recorded by the use of scalp electrodes.

The dominant frequency and amplitude characteristic of the surface EEG varies with states of arousal.

Calm wakefulness is accompanied by alpha waves 8-12 Hz (cycles per second) and low voltage fast activity of mixed frequency. This is called stage one. Alpha waves disappear when we open our eyes.

The deep sleep of stages three and four is featured by an increasing proportion of high voltage slow activity.  Breathing is regular in slow-wave sleep or non-REM (Rapid Eye Movements) sleep.

After about 70 minutes or so mostly spent in stages three and four, the first REM period occurs, usually heralded by an increase in body movements, and a shift in the EEG pattern from stage four to stage two.

These rapid low-voltage irregular waves resemble those seen in alert humans; sleep, however, is not interrupted.

This is called stage 5 or REM sleep, when the EEG activity gets desynchronised. There is marked muscle atonia despite the rapid eye movements in REM sleep, and the breathing is irregular.

Theta activity with a pattern of large regular waves occurs in normal children and is briefly seen in stage one sleep and also in REM sleep.

Non-REM (NREM) sleep passes through stages one and two, and spends 60-70 minutes in stages three and four. Sleep then lightens and a REM period follows.

This cycle is repeated three or four times per night, at intervals of about 90 minutes throughout the night, depending on the length of sleep. REM sleep occupies 25% of total sleeping time.

When the eyes are opened, the alpha rhythm is replaced by fast irregular low voltage activity with no dominant frequency, called the alpha block.

Any form of sensory stimulation or mental concentration such as solving arithmetic problems could produce this break-up of the alpha rhythm. This replacement of the regular alpha rhythm with irregular low voltage activity is called “desynchronisation”.

During the first few hours of an Islamic fast, the EEG is normal. However, the frequency of the alpha rhythm is decreased by a low blood glucose level. This may happen at the end of the fasting day towards evening when the blood sugar is low.

Fasting improves the quality and intensifies the depth of sleep, a matter of particular importance to the aged who have much less stage three and four sleep (deep sleep). The processes of repair of the body and of the brain take place during sleep. Two hours of sleep during the month of Ramadan are more satisfying and refreshing than more hours of sleep otherwise!

REM sleep and dreaming are closely associated. Dreaming may be necessary to maintain health, but prolonged REM deprivation has no adverse psychological effects. Dreaming sleep occupies 50% of the sleep cycle in infants and decreases with age.

The period of the circadian pace-maker in humans is 24 hours 11 minutes. Hormonal secretion is frequently characterised by rhythmic fluctuations which may be regular or irregular in periodicity. The period of regular oscillation may be as short as a few minutes or as long as a year.

The body timing system that drives circadian rhythms is exposed to external factors ranging from the imposed activity-rest cycle, the natural light-dark cycle, and social activities outside the workplace.

The light/dark cycle is a potent zeitgeber for circadian rhythm but daily cycles in temperature, food availability, social interaction (such as congregational prayers) and even electro-magnetic field strength synchronize circadian rhythm in certain species.

Because of recurring cycles of light, temperature and food availability, organisms evolved endogenous rhythms of metabolism and behavior providing response to specific environmental cycles. Many biological rhythms reflect the period of one of four environmental cycles: cycles of the tide, of day and night, of moon phase and of seasons.

Muslims who have been fasting regularly since childhood, have been exposed to different sleep/wake and light/darkness cycles on a daily basis in one annual lunar month. Hence, it may be easier for such persons to synchronize their circadian, circalunar and circannual biological rhythms under difficult conditions.

General symptoms arising from desynchronisation include tiredness during the day and disturbed sleep and reaction time. The severity of these adverse effects and therefore the time required for re-synchronisation depends on the ability to pre-set the bodily rhythms prior to flying, the number of time zones crossed, the direction of flight, age, social interaction and activity.

NASA estimates that it takes one day for every time zone crossed to regain normal rhythm and energy levels. A 6-hour time-difference thus needs 6 days to get back to normal.

Rapid adaptation to a new zone can be facilitated by maximising exposure to zeitgebers for the new cycle e.g. changing to meal times and sleep times appropriate to the new time zone.

Maximising social contact and exposure to natural lgihting will result in faster resynchronisation than staying at home in a hotel and eating and sleeping without regard to local time. There are widespread individual variations in the rapidity of resynchronisation.

Muslims who fast regularly and who have experienced disturbed wakefulness/sleep cycles on a daily lunar annual basis, can adapt themselves much faster to different time zones during international travel and do not suffer from the ill effects of jet lag.

Moreover, the social contact during the Tarawih congregational prayer and the other social-cum–spiritual activities act as zeitgebers which regulate any desynchronised biological rhythm.

The inverted schedule of sleeping and waking also results in diminished alertness and performance during night-time work with attendant increase in the number of fatigue-related accidents during night time shift hours.

Normally, a period of three weeks is required for re-synchronisation among shift workers, and as the fasting Muslim atunes himself to resynchronization processes during the space of just over four weeks in Ramadan, his health problems as a shift worker would be negligible, as his synchronization processes would be more rapid, whether during Ramadan or at any other time.

It is also a common observation that as soon as Ramadan is over, normal circadian rhythms are established in the fasted Muslims with such great rapidity as to be at par with pre-Ramadan levels on the first day of Shawwal, i.e. Eid-ul-Fitr. 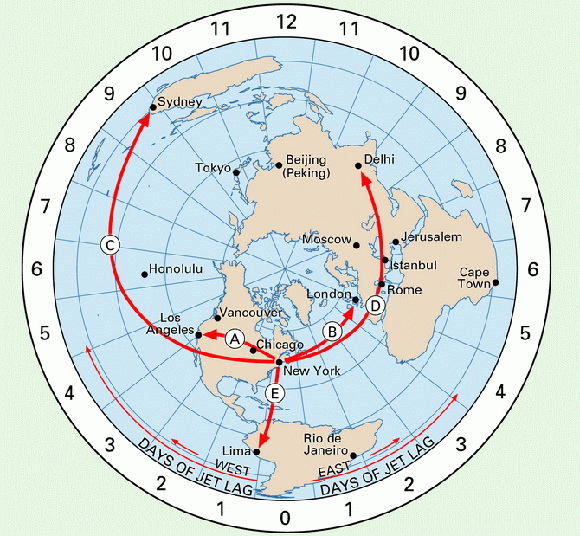 During fasting, certain endogenous, narcotic-like substances known as opioids (or endorphins) are released into the body. They have a tranquilizing effect as well as an elating effect on the mind. These are also probably responsible for prevention of psychosomatic diseases.

The opioids have several effects, including slowing down metabolism to conserve energy. Another effect of opioids may be that, although they produce elation as well as intense hunger, they do not drive the person to eat with sheer gluttony.

Muslims in Ramadan experience an ability to intensely focus their minds on meditation, Quranic recitation and prayers. This spiritual gain during the Holy Month is despite the fact that normal sleep/waking cycles are somewhat disturbed and despite a long day of fasting. Perhaps now we have a closer idea as to the science of this miraculous process.

Date of first publication June 2016, and is hereby republished for its importance.