We attain to that worship by discovering through scientific inquiry the order in the book of the universe, its operative functions and relations. But we can’t interpret it any way we please.

There is only one true way of looking at the world as a whole, only one truly universal worldview. That view, intelligible in the book of the universe, is also taught to us in the Qur’an.

The Qur’anic worldview allows for plurality within unity; it does not see the world as, fundamentally, an arena of antagonistic competitiveness and conflict between disjunct entities.

Rather it sees the world as fundamentally harmonized and balanced, with all its elements inter-related in their entirety; co-operative, compassionate.

The materialist scientific worldview, by contrast, is based on radical fragmentation. It sees nature as an assemblage of discrete, disjunct mechanisms with no inherent value or meaningfulness.

It isolates its objects of study from their connectedness with the world as a whole and studies them within arbitrarily defined contexts.

Because materialist science systematically leaves the subject, i.e. man, out of the universe, and insofar as its view is felt to prevail over human consciousness, people come to feel out of place in this world: they are isolated from others; their lives have no meaning except in a very limited, egoistic way; they are alienated from their environment and from themselves.

The materialist scientific or mechanistic worldview is based on the major concepts of so-called classical physics. The developments of modern physics have shattered those concepts and demonstrated the incoherence of the mechanistic view.

For example, concepts like the causal nature of reality, and the assumption (or ideal) of an objective description of nature, have had to change with the advent of the new theories of the quantum, relativity and, mole recently; chaos.

Classically it was thought that science could describe and explain everything in the world ‘objectively’, in the language of mathematical models independent of the judgement of the ‘observer’-scientist.

The discoveries of modern physics, however, point towards the interconnectedness of all things, an unbroken unity and wholeness, which denies the classical fragmentation of the world into discrete and disjunct parts.

In quantum theory; every particle is linked to the rest of the universe and cannot be isolated from it, not even ‘for purposes of study’. This oneness of the universe includes human beings as weil.

The quantum theory, as well as abolishing the notion of fundamentally discrete objects of scientific inquiry; has introduced the concept of ‘participator’ to replace that of the neutral observer.

Modern science, therefore, restores man to his central position and, at the same time, denies the notion of an absolutely neutral, objective description of reality.

Such changes have not been matched, however, by parallel changes in the worldview of modern scientists. The changes have happened only at the level of mathematical formulation.

What counts for the scientists, it seems, is only the development of mathematical formulations of the behaviour of physical phenomena.

Such formulations are not valued merely for their technical utility; rather; most scientists believe that their predictive function is a defining criterion of what scientific knowledge is. 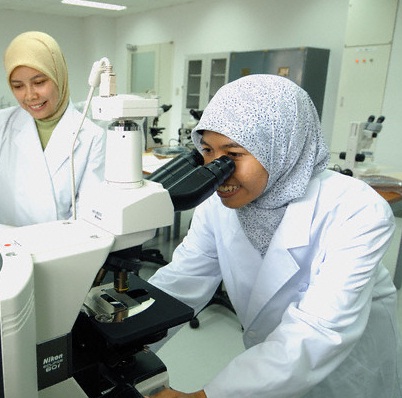 Furthermore, most scientists continue to claim that one’s view of reality as a whole is of little or no relevance to science.

However, it is clear that how we view reality has a tremendous effect on how we behave in relation to nature and to other people, as well as on the meaning life has for us as individuals.

We can’t dispense with a worldview; it isn’t irrelevant.

The attitude of the scientists contradicts the findings of modern science.

The mechanistic view is based on a deterministic-causal explanation of phenomena.

The latest theories, like the quantum and chaos, tend to a worldview which rejects that kind of explanation.

Theoretically the scientists accept that, in order to explain one thing, they need to know its connections to all other things – an impossibility because such connections extend infinitely in time and space and cannot be embraced by human beings who are also parts of those connections.

In practice, they continue to look for ‘better’ deterministic-causal explanations.

The materialist scientists also understand that the unity of the universe points to an Absolute Creator.

But, as scientists, they reject the concept of Creator because their method is based on causality which cannot accommodate the unity of the universe.

They ignore that unity and compartmentalize phenomena so as to be able to explain them as the product of a limited number of causes.

In this way; they make us believe the universe has no Creator and its meaning is limited to what their reductionist method can tell us about it.

And that make-believe is the basis of their claim that their science is the authoritative source of knowledge about reality. There have been many controversies over the conceptual foundations of modern physics.

The scientists are aware that their model of reality is not adequate to explain the findings of modern science. They side-step the issue by explaining the paradoxes and contradictions that result from that inadequacy as inherent in the nature of reality; and not in the nature of their worldview.

But how can one apply the reductionist philosophy of causality to the universe as it is now known to be, unified and whole?

Though widely discussed, the incompatibility between the materialistic approach to scientific reasoning and the unity of the universe hasn’t been widely accepted.

Either that approach to scientific reasoning or the unity of the universe must be reconsidered.

Given that unity in the universe as a whole, including man, is a manifest reality that no one can deny; it is the materialistic approach that must be reconsidered. That approach is, as noted, reductionist.

All things are in reality interconnected and interdependent.

For any one thing to be existent, it is necessary for every other thing to be so also, since that one thing is inseparably of the whole.

Why should we be able to ascribe a thing to its antecedents in time, but not to its neighbours in space? Why should a thing be able to produce another thing just because it happened before?

Modern scientists know that space and time are fully equivalent; unified into a four- dimensional continuum in which ‘here’ and ‘there’, ‘before’ and ‘after’, are relative.

In this four-dimensional space the temporal sequence (of classical physics) is converted into a simultaneous co-existence, the being side-by-side, of all things.

Causality clearly appears to be an explanation of a severely limited and prejudiced experience of reality. Causality binds scientific reasoning to the chain of cause and effect.

Each cause is itself of course, also an effect; worse, the effect is totally different from the cause to which it is attached.

Yet a real thing is so subtle and complex, so rich in positive potentialities, that – let alone the particular causes to which it is attributed- even if all causes whatever were combined, they could not produce it.

There is no being separate, no existence, outside of the reality of the whole. Belief in causality is the antithesis of the belief that ‘There is no god but God’, the core of the Qur’anic worldview.