“We are in crisis, no doubt about it… we are in crisis.” Those were the last words Imam Zakirullah of a local masjid in metro Atlanta, Georgia told me before ending our conversation.

He has been an imam in Georgia for more than fifteen years, worked as a teacher in an Islamic school for a couple of years and have kids that go to Islamic schools.

That crisis is a subtle one that appears directly and indirectly in the daily conversations of American Muslim parents; it is the crisis of the education of America Muslims.

As American Muslim kids grow to the age of school, their parents start running around asking about school options in their cities, and usually, the Islamic school is on top of the priorities.

It should be a no-brainer for religious families to send their kids to those Islamic schools, yet the reality is a bit more complicated.

Complaints are almost endless about different aspects of Islamic schools, yet the other obvious option of free public schools is scary to many parents. Most parents end up stuck between the two options and forced to deal with the consequences.

AboutIslam.net discussed the issue with parents from four different states in the US to understand the nature of the schooling challenge. 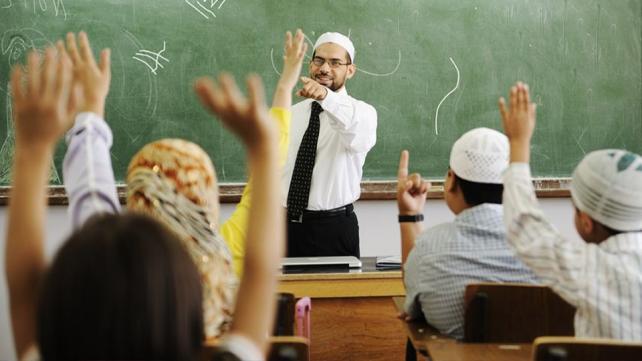 “In the Heart of the Community”

At the same masjid of imam Zakirullah, there was Brother Mashoud, a father of four kids, three of which go to a public school. “If I can afford I would really put them into Islamic education,” Mashoud said.

“I don’t care if I spend every single amount [of money] that I have for them to get the Islamic education… my responsibility is to give them the right education.”

The minimum cost for the local Islamic school, which is about the average elsewhere, is 500 USD per kid. He and his wife work, yet an Islamic school will be “a huge burden” according to him. Instead, he chose to take them to the Sunday school at the masjid along with Quran classes.

At the public school, Mashoud complains, the kids are forced to interact with different ideas that are strange to their Islamic faith. “They are going to teach the kids how to acknowledge other sexes in school and they want parents’ consent,” referring to homosexuality. Although he hopes that the Sunday school and Quran classes will protect his kids from such ideas, he acknowledges that they are not enough. The three hours per week are not enough, he says.

“The parents just feel they are doing something for the sake of Allah subhanahu wataala, you know, just for own satisfaction,” Imam Zakirullah says. “Just imagine 80 students, three hours, what are you going to teach them in the three hours? We’re deceiving ourselves, to be honest with you, honestly speaking.” “They will just learn a little bit, but it is not effective in the way it is supposed to be.”

Up north in Connecticut, Ambreen agrees with Imam Zakirullah of Atlanta. “It’s not a substitute” to the Islamic school, “the qualities of Sunday school are very political versus good Islamic environment.”

Islam, living in California, faced similar challenges with public schools with his two daughters. Public schools “are in the heart of the community, so we as Muslims have to be careful about the cultural challenges.” He says that he has a lot of conversations with his daughters about stories they hear around at the school such as someone with two dads or two moms, or someone who doesn’t believe in God and believes in science.

So, if the choice of public schools along with sending the kids to a Sunday school is not a good one, are Islamic schools the better option if it wasn’t for the high cost? The answer is not as clear as it might sound.

Homeschooling vs Public School: Which Is A Better Choice? 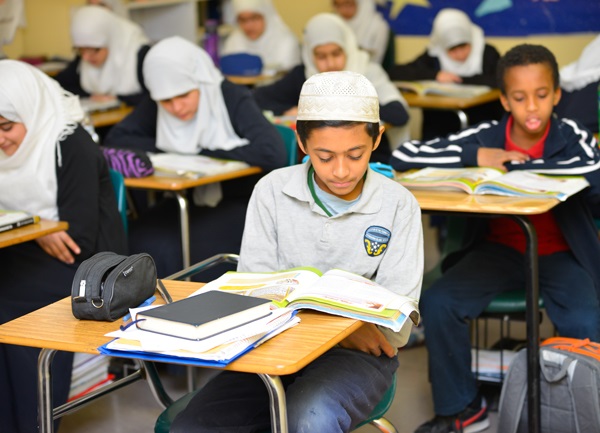