NASHVILLE – Zainab Elberry still remembers every single detail in their quest to build and Islamic center in Nashville in the pre-internet age of late 1970s.

In a bid to raise money for the construction work, they wrote to every Muslim-sounding name in the phone book and hoped for the best.

That was before the first check arrived from Yusuf Islam, the famous British musician and Muslim revert also known as Cat Stevens.

“I was thinking, ‘What a miracle,’” Elberry, who was a Vanderbilt University graduate student from Egypt at the time, told The Tennessean on Tuesday, September 27.

Almost 40 years later, Yusuf paid a visit to the center he helped establish.

“I visited the center yesterday and found a great openness to share message of unity, love and peace which I had discovered,” Yusuf said in an email to the Tennessean Monday.

“I am proud that the Center in Nashville has become a beacon for understanding and sharing spiritual values. It was obviously money well spent!”

The visit came as the singer prepares to perform on Tuesday in Nashville as his “A Cat’s Attic” tour comes to the Ryman Auditorium.

“What shocked me in those early days was how little people knew or wanted to know about ‘others.’ I had gone through that barrier,” Yusuf said.

“The real battle front today is still ignorance and mutual distrust. It seems people have forgotten what faith is supposed to do.”

Yusuf added that all religion teach people how to live harmoniously.

“The commandments I learned loud as a child are hardly whispered anymore, like looking after your neighbor. These were the rules laid down by our Creator, for the benefit and betterment of everybody,” Yusuf said.

“‘The ‘Big Ten’ are repeated in the Qur’an and other sacred Books, in so many verses and chapters. What is missing is commitment.” 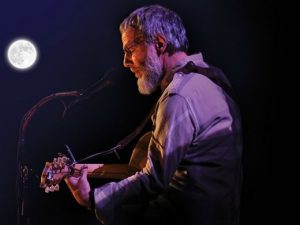 Despite its humble beginnings in November 1978, the Islamic Center of Nashville emerged as a welcoming guide for Middle Tennessee’s growing Muslim community, as well as a key driver of the city’s interfaith efforts.

“We were at the forefront of introducing the Muslim faith and community to the Nashville community,” Elberry said.

“Those of us who came and had little children wanted really to have a place for the kids to be able pray and know their religion. And now, I’m overwhelmed with the amount Muslims and mosques that are here.”

Yusuf also donated an additional $15,000, and the Islamic center used it to buy an adjacent property, allowing it to expand to its current footprint.

The house served as a place of worship until 1989 when it was replaced with the current building.

They opened their doors to Kurdish and Somalian refugees in the 1990s until they were able to start their own worship spaces. By 1995, the Islamic center was able to buy land on Charlotte Pike for a religious school.

Yusuf Islam said his decision to return to music was the desire for the world to see “one non-violent Muslim on TV.”

“There was so much antagonism in the world,” he said.

“Many Muslims have come up to me, shook my hand and said, ‘Thank you! Thank you.’ I’m representing the way they want to be seen. So much of the middle ground gets forgotten in the extremities we witness around the world.”

Currently, the Islamic center is doing a similar role by aiding other Muslims weathering opposition and Islamophobia in the region.

“I think the benefits have extended far beyond simply their own mosque and community,” Richard McGregor, a Vanderbilt University professor of religious and Islamic studies, said.

“I’m sure for all of Tennessee they’ve been an anchor and positive force.”