Liyana Siddique, a fourth grader at Michigan Islamic Academy in Ann Arbor, with her doodle and award for being a state winner in the Doodle for Google contest. (Courtesy Photo | Faatimah Raisa)
aaa

A 10-year-old Muslim student at Michigan Islamic Academy in Ann Arbor has been named a winner among Michigan entrants in the Google for Doodle competition, MLive reported.

In the contest under the theme, “When I grow up, I hope…” students submitted doodles representing visions of their future.

The doodle submitted by Liyana Siddique, a fourth-grade student, reflects her dream of being a pioneering female, Muslim astronaut on a mission to visit Mars.

The state and territory round of Google’s competition selects 53 winners ranging from kindergarten to 12th grade, one from each state, plus Washington D.C., Puerto Rico and Guam. 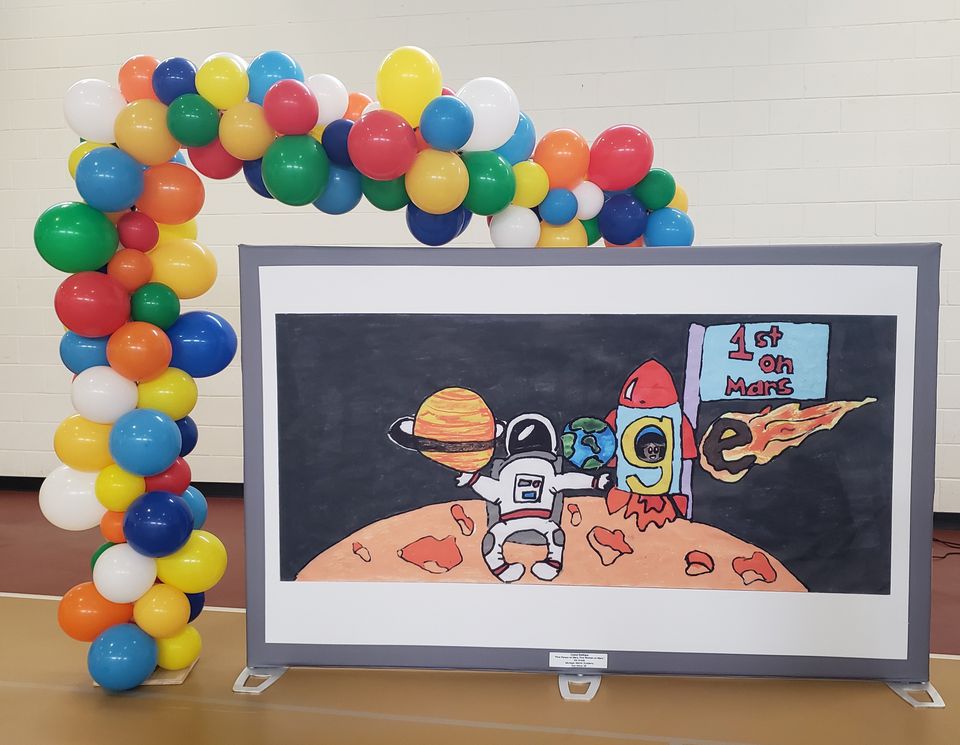 As the state winner in Michigan, a Google team surprised Liyana on Thursday, May 30 at her school with a celebratory assembly.

“I always thought that space was interesting,” Liyana said.

Five finalists from different grade groups will be chosen. The four runners-up will each receive a $5,000 scholarship, a trip Google’s headquarters in California, Google hardware and other merchandise. 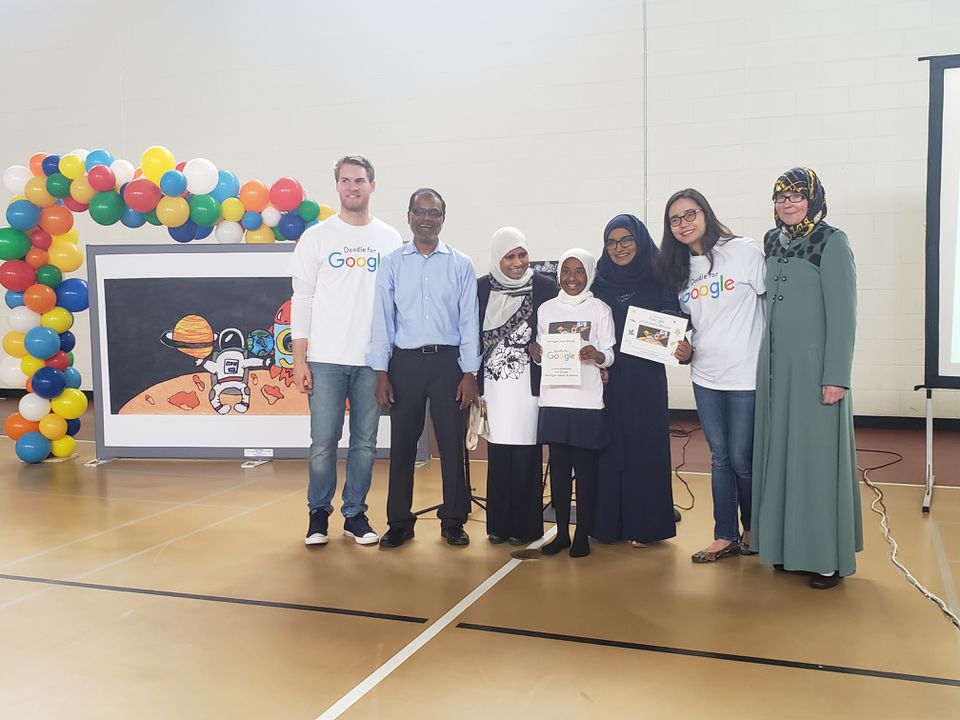 Liyana Siddique, a fourth grader at Michigan Islamic Academy in Ann Arbor, with her doodle and award for being a state winner in the Doodle for Google contest. (Courtesy Photo | Faatimah Raisa)

A recent Pew research found that American Muslims are the most moderate around the world.

It showed that US Muslims generally express a strong commitment to their faith and tend not to see an inherent conflict between being devout and living in modern society.

A Google Doodle is a special, temporary alteration of the logo on Google’s homepages intended to commemorate holidays, events, achievements, and notable historical figures.

The first Google Doodle honored the Burning Man event in 1998 and was designed by Larry Page and Sergey Brin to notify users of their absence in case the servers crashed.