“It is humorous and it is loving, but I think that one of the things that happen… when it comes to talking about Islamophobia and the politics around being Muslim, people get numb to it,” Tanzila Ahmed told National Public Radio (NPR) Wednesday.

“With humor, you’re able to sneak into people’s consciousness and get them to think differently.”

Cards created by Ahmed usually carry a clear anti-Islamophobia message such as, “This burka is built for two” and “First Muslim Registry … Then Wedding Registry.”

The project started in 2011 as a joke with close friends.

As demand grew, Ahmed started selling her cards on Etsy before stopping the project. 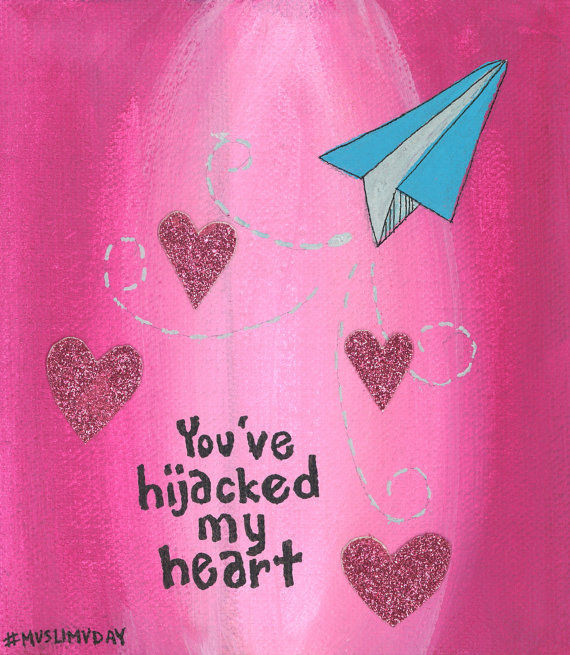 As the year 2016 came with presidential election focused on anti-Muslim messages, she decided to revive her old project.

“There was just so much material to work with,” Ahmed says.

“The Islamophobia that we’re experiencing in America has escalated to this level that I just did not ever think that we’d ever beat, and I think, given the time, we need humor and love to push back on it.”

With many messages in her cards, Ahmed prefers the one tackling no-fly list problems.

‘“I think my favorite from this year is the ‘So Fly List.’ … You have this no-fly list that so many of us are used to being on, and so I like the idea of taking that back and calling it the ‘So Fly List,’” she said.

Valentine’s Day is a holiday celebrated on February 14, by many people throughout the world.

In the West, it is the traditional day on which lovers express their feelings for each other.

Islam does recognize happy occasions that bring people closer to one another and add spice to their lives.

However, Islam goes against blindly imitating the West regarding a special occasion such as Valentine’s Day.

Hence, commemorating the Valentine’s Day is an innovation or bid`ah (innovation) that has no religious backing.