CHICAGO – As the final weeks approach to one of the most anticipated and momentous elections in modern history, attitudes around the country tend to be torn and divisive among the candidates.

Muslim attitudes on the topic in particular tend to be varied and have adopted a preservation model to tackle the issue of the latest election.

On one end, one of the most xenophobic and upfront voices in the country tend to be reverberated from the far right, in Donald Trump’s camp, as the call for the mass deportation of illegal immigrants and the ban of Muslim immigration as a whole has been one of the slogans of his campaign.

On the other end, many Muslim voters have proceeded with caution regarding Democratic candidates like Hillary Clinton, as the Barack Obama Administration continued systematic profiling of Muslims and the heavy involvement in the Middle East is seen as an indicator of a largely hegemonic attitude overall towards Muslim majority countries.

Throughout the 80s and well through the 2000s, there has been an influx of first generation Muslim immigrants that have witnessed firsthand the effect of such policies on the region.

Historically, prior to 9/11, Muslims have tended to be a mixed bag when it came between choosing Republican or Democrat.

According to the New York times, “In 2000, a few hundred votes decided the election; an estimated 60,000 Muslims in Florida voted for Bush”, it shows Muslim attitudes prior to 9/11, were at times, aligned towards more Conservative issues and values that were represented by the Republican Party.  (Senzai, F., 2012) 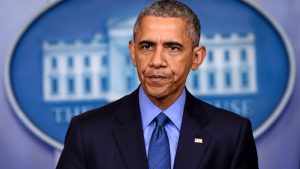 Almost immediately after the ‘war on terror’, voter attitudes shifted dramatically among Muslims. According to the same article:

“Arab-American and South Asian-American Muslims, who initially supported Bush in 2000, switched overwhelmingly to the Democratic candidate, John Kerry, in 2004. Democrats further capitalized on this support with Obama’s candidacy in 2008.”

Overall, the path between 2000 and the 2016 election has been paved with a mix of cautious optimism among Muslims, complete distrust of the candidates, and at times, even strong support for Liberal, and far right candidates as well.

Hillary Clinton, in particular, tends to be a candidate with a heavily decorated and often harshly criticized track record as someone who started as the First lady, to the Senator in New York, to her latest position as Secretary of State to the Obama Administration.

Her continued positions have been often controversial, and have created several red flags over the years among Muslim Americans as a voter bloc.

Khaled Baydoun, a professor of Law at Barry University, writes:

“Clinton’s hawkish foreign policy inclinations in the Muslim-majority nations, her unwavering alignment with Israel; and on the domestic front, support of the US PATRIOT Act and emergent counter-radicalisation policing, which links (Muslim) religiosity to presumed involvement with terrorism, looms heavy in the minds of Muslim American voters.” (K. Baydoun, 2016) 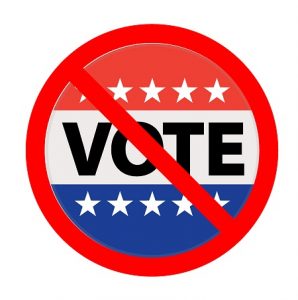 To further add to the skepticism, I recently had the opportunity to interview Tarek C., a local High school teacher from Chicago, Illinois.

When probed on the matter of how Hillary is perceived, he encapsulated the sentiment shared by many, as he believed it is completely reasonable to sit out this election altogether.

“I think both candidates have garnered very negative reactions from many Americans, including Muslim voters. Despite popular opinion on the topic, I think abstaining from voting in this election is a completely reasonable choice,” he told AboutIslam.net.

“If voter turnout consistently declines to 30-40 percent of the electorate, it will force our nation to ask hard questions about the state of our democracy; namely, do we have a strong democracy if few people are actually inspired to vote?

“If very few Americans choose to vote for any candidate, perhaps we will be forced to reevaluate the way we choose candidates altogether, and that is a goal worth working towards.”

Overall, many Academics, Analysts and Voters, tend to view both candidates, and in particularly Hillary, as the viable of both options, but also one that has steadily polarized the millions over the years with her political campaign.

She tends to represent a Career politician, willing to do anything to be able to advance her career. On the other hand, many also view her through the light of her policy making and her continued support for social justice throughout the three decades of her career.