The current version of the ban applies to travelers from seven Muslim countries; Iran, Syria, Yemen, Libya, Somalia, Chad, and Sudan, in addition to the two non-Muslim countries; North Korea and some Venezuelan government officials and their families.

Minnesota has the largest East African population in the US, making the outcome crucial for countless families in the state.

“Many of them even left the state, even when they had paths to become citizens out of fear of what this ban meant for them,” Hussein said.

The Somali official helped coordinate protests and accused the American administration of discriminating against Muslims.

“My family members can’t come here—those who don’t have citizenship, so it impacts me personally and it impacts the state of Minnesota with a large east Africa population,” he clarified.

Ahmed Mohamed, an attorney with CAIR, said, “We want the supreme court to see the hatred and the bigotry and the White supremacy that is motivating this ban and to strike it and to rule it unconstitutional and to say, once and for all, no Muslim ban ever.”

CAIR’s Chief Executive Officer and founder, Nihad Awad also added, “We have a toddler in the White House. A preschooler who thinks the constitution is a toy to be played with and thrown away when he is bored by its protections.”

Zainab Chaudry, an American Muslim civil rights, and political activist told News2Share, “I believe all Americans have a responsibility to challenge it on constitutional grounds, on moral grounds, on ethical grounds. It’s just devastating to see our country heading in this direction.” 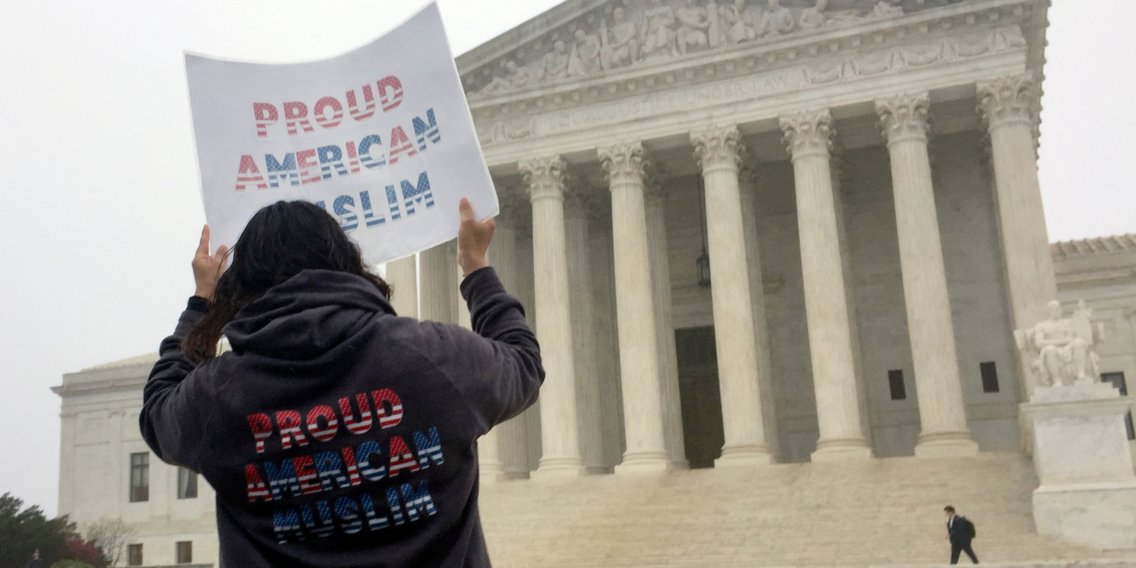 “Many of the businesses, particularly in the areas of Bay Ridge and Downtown Brooklyn, are owned by Muslim-American immigrants and it’s our goal to show the power of this community and how much they contribute to everyday life here.”

“The 66-year-old mother of Mr. Shamsan Allahabi [the Yemeni store owner] after going through the process and following the rules, was caught up in a holding pattern and not allowed to the US. She hasn’t seen her son and grandchildren in five years,” Borough President informed.

In an interview with Religion News, an Afghan-American described her Muslim family’s feelings toward Trump’s ban: “My family and I have never felt more unsafe.”

Isra Chaker, refugee campaign manager for Oxfam, expressed that “The Muslim ban has torn families apart and shot at their ability to be reunited. It is cruel, and it is heartless.”

A report released earlier this week by CAIR blamed a spike in anti-Muslim attacks in 2017 on the Islamophobic rhetoric of President Donald Trump and his administration.