HOUSTON – Within the span of a week, innocent Americans in both New York City and southern Texas faced death and horror at the hands of mass killers.

Almost instantly the news media found its narrative, branding one a “terrorist” and another as a “mentally deranged” madman. The regularity of these horrific events withstanding, the reactions to these scenarios are, sadly, par for the course.

On Oct. 31, Sayfullo Habibullaevic Saipov, an Uzbekistan national in the United States since 2010, killed eight people when he ran them over with a rented truck. He reportedly wrote a note claiming the attack for ISIS. The following Sunday, Nov. 5, Devin Patrick Kelley walked into the First Baptist Church in Sutherland Springs, Texas, where he opened fire, killing 26 and injuring many more.

As usual, Saipov, the bearded perpetrator, was quickly labeled the dreaded “terrorist” while Kelley, a white man, was called a “shooter” with severe mental problems.

Syed Abdullah, a 48-year-old structural engineer living in Houston, worries how this seemingly casual branding of Muslim murderers as terrorists will play out for him and other Muslims living and working in America.

“When I heard about what happened (at the church) I was thinking, ‘I hope this isn’t a Muslim because we’re going to have the “terrorist” headline again,” Abdullah told AboutIslam.net.

“The church shooting was much bigger (with more casualties) as compared to the incident in New York. This man (Kelley) went into a place of worship, there was a very intense reaction from the media (before we knew who the shooter was), and my worry was there was going to be a retaliation in a mosque.”

He thinks American mosques should employ security to guard Islamic places of worship in the event of an attack. 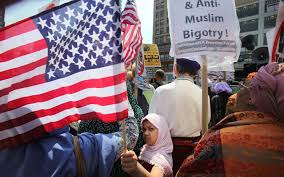 Khadijah C., a 22-year-old intern with the City of Houston, who didn’t wish to give her full last name, has her own concerns about the fallout had the church shooting been the result of someone named “Mohammed” or any other so-called Muslim name.

“I fear that would have provided the current administration with enough ammunition to pass discriminatory laws targeting Muslims, and those on the far right would see it as proof that, as Pres. Trump said, ‘Islam hates us.’”

She continued, “Generally speaking, I think attacks perpetrated by Muslims create a stronger sense of fear because Muslims are unfortunately seen as ‘the other’ and Islam is viewed as an existential threat to the United States. When an individual with a Muslim name does something, there seem to be automatic assumptions that the person is a terrorist with ties to Daesh or Al-Qaida even if the police have not yet released information to the public on the shooter.” 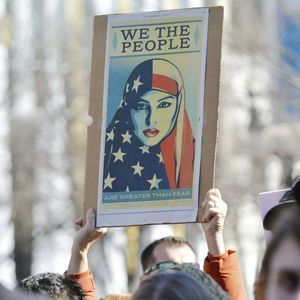 However, both Abdullah and Khadijah C. said the media can play an integral and crucial role in reversing the usual narrative by sticking to fact-based reporting rather than dialing up the fear factor to boost their bottom lines.

“It’s a very bad game that’s going on in this country, and I mostly blame the media for this because they’re just looking for ratings,” Abdullah said.

“But this is creating more of a mess here. The media doesn’t necessarily need to minimize it (when these types of attacks happen), but they can try to put them into the same light and present the stories in the same way.”

Abdullah argued anyone who perpetrates a mass attack can be considered mentally ill.

“There are all types of mental sickness,” he said.

Khadijah C. was more judicious in her use of the word “terrorist” when it comes to labeling Muslims who engage in mass killings.

“Terrorism is defined as the unlawful use of violence against a civilian population with a political aim, and I think it’s important to stay true to that definition,” she said. “Yes, there have been Muslims who have perpetrated terrorist acts in this country; they are terrorists.”

However, Khadijah C. worried that even as the term “terrorist” may be correctly applied to some violent acts by Muslims, it’s rarely attached to white killers who arguably could be considered as perpetrating an act of terrorism.

“I think this has linked the word ‘Muslim’ with ‘terrorist’ in the general public’s mind, and because of this it creates a confirmation bias for those who believe that all terrorists are Muslims,” she said.

As for how the media can affect change, Khadijah said current efforts could be better.

“Something that bothers me is there seem to be two prominent portrayals of Muslims; that Muslims are secret jihadi terrorists or Muslims are peaceful but very religious individuals,” she explained.

“The latter representation of Muslims is well-intentioned, however, it doesn’t acknowledge us Muslims who might not wear the hijab or pray five times a day. Like any religion, Islam has a whole range of adherents who lie anywhere between those who have a more orthodox approach to those who identify as Muslim solely by culture. It’s not monolithic. Muslims can be semi-practicing, non-practicing, white, black, lesbian or gay.”

Both Khadijah C. and Abdullah believe perceptions can be altered even if the media doesn’t lead the charge.

Abdullah said Muslims must look to Islam for solutions.

“Changing perceptions is a mission of faith and of love,” he said. “We are all humans from the same Adam and Eve, we are really sisters and brothers, and we need to treat each other that way. If you think that way, how can you be bad to your brothers and sisters?”

Khadijah C. advocated for people to make individual connections outside of their usual circle of friends and to seek mutual understanding.

“People often fear or hate what they don’t understand, and if they have an opportunity to interact with someone who is different from them I think many would reevaluate their conclusions,” she said.

“Although I do not give a free pass to bigotry, I do understand that many people are genuinely afraid so it is a matter of understanding where they are coming from and dispelling their previous notions by talking with them as one human being to another.”