KEENE – Muslims in Monadnock Region, New Hampshire northeast US state, are marking their first Ramadan in the newly built mosque of Keene city.

“It’s a time when we try to hold ourselves to a higher character. We try to be more charitable. You’re supposed to control your anger, control all of your urges,” Will Coley, imam of Masjid al Latiff and Interfaith Community Center in Keene, told Sentinel Source on May 20.

“The community reaction has been nothing but positive,” said imam Coley who moved from Tennessee to lead the mosque.

Though attendance is still weak, Coley said he expects the number to rise once school lets out for the summer.

“The sermons are broadcast live on Facebook and have had anywhere from 40 to 80 at-home viewers across the country,” he said.

“The mosque has members from Massachusetts and Vermont, and some visitors have come all the way from Ohio and Virginia,” said Coley.

According to Coley, there are seven or eight Muslim families in Keene and about a dozen in the Monadnock Region as a whole. 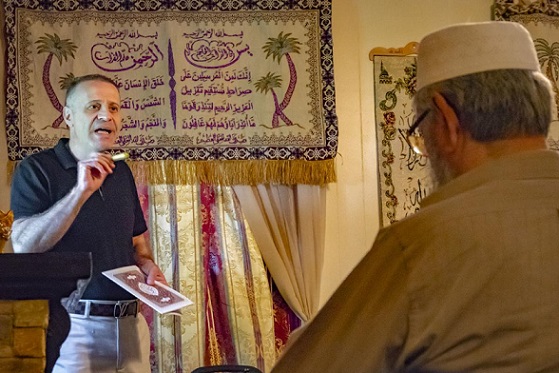 Ahmad Alabbadi, a Walpole resident and active member of the local Muslim community, used to travel as far as Springfield, Massachusetts, and Albany, New York to worship.

“I’m thrilled to have a mosque in Keene,” he said.

“This is the first Ramadan we’ll have in our own place. That gives us a lot of tranquility, peace, and happiness.”

Imam Coley added that “his congregation is planning to celebrate Ramadan by hosting an ‘Iftar in the Park’ event next May 31. It’s set to take place at the horseshoe pavilion in Wheelock Park in Keene.”

The iftar will include a free meal and a discussion about the importance of Ramadan and its centrality to the Muslim faith. Members of the public regardless of faiths are welcome.

“I sent invitations to dozens of politicians and community leaders, from members of the Keene City Council to New Hampshire gubernatorial candidates.”