The campaign encourages the Muslim community in Dallas to host some of the children in custody.
aaa

WASHINGTON – For months the American administration of Donald Trump have been sending babies and other children forcibly separated from their parents at the American-Mexican border to at least 16 ‘tender age’ shelters in 14 states, News agencies reported on June 19.

“I’m in perpetual outrage every single day. We’re all outraged at the family separation happening at the border. I have been quiet (action wise) because I think this moment requires a strategic bold and targeted action,” Muslim American activist Linda Sarsour commented on the crisis. 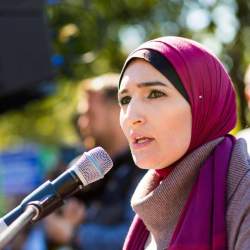 Estimates say that more than 2,300 children have been taken from their parents to the American-Mexican border, resulting in a new influx of young children requiring government care. The American government also plans to open a new shelter to house hundreds of young migrant children in Houston.

Most of the children in custody are Mexican for families arrested at the border. Yet, in the last eight months, the number of children from Honduras has been the fastest-growing category as compared to fiscal year 2017.

Doctors and lawyers who have visited the shelters said the facilities were fine, clean and safe, but the kids — who have no idea where their parents are — were hysterical, crying and acting out.

The American Muslim scholar, Yasir Qadhi, said: “This is an inhumane and incomprehensible Trump policy of separating children from their parents and locking them up for no crime other than – let’s face it – the color of their skin and the geographic location of their birth.” 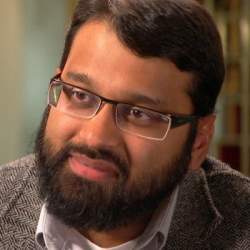 He continued: “For those who still harbored notions of ‘America’ being the land of the free and the home of the brave; for those misguided souls who somehow felt that because this nation is technologically the most advanced it somehow must be the morally superior; for those blinded by the military might of this land or the global domination of its entertainment industry: it should now be clear to you when a country snatches toddlers and handicapped children away from its parents and throws them in effective animal kennels, that far from being a role model for this world, its values and morality are close to non-existent.”

The government has faced withering critiques over images of children in cages inside U.S. Border Patrol processing stations. The United Nations, some Democratic and Republican lawmakers and religious groups have sharply criticized the policy, calling it inhumane.

“I know many of you in Dallas have been waiting for action items on the #KeepFamiliesTogether issue. We have important meetings over the next couple of days to iron out those details,” the American Imam Omar Suleiman talked about ‘Keep Families Together’ campaign. 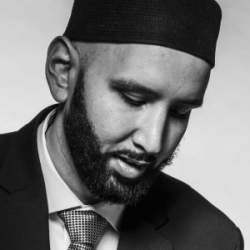 This initiative demands an end to family separation and reuniting those that have already been separated.

It also encourages the Muslim community in Dallas to host some of the children in custody, “This means we need space, legal help, toys, basic hygiene products, and more to accommodate those children here,” the sheikh explained.

The Muslim campaign demands the American government to make a long lasting meaningful bipartisan Immigration reform. Suleiman elaborates that: “This didn’t just start with Trump. We have had a broken system for a long time and like most ugly features of the system, Trump policy merely made it uglier while amplifying existing ugliness.”

He continues, “We need to push elected officials to do the right thing and vote accordingly in November. Stay tuned for immediate action items by tomorrow evening and be prepared to dedicate some time to this cause.”

Decades after the USA’s child welfare system ended the use of orphanages over concerns about the lasting trauma to children, the administration is standing up new institutions to hold Central American toddlers that the government separated from their parents.

Shelters follow strict procedures surrounding who can gain access to the children in order to protect their safety, but that means information about their welfare can be limited.

By American law, child migrants traveling alone must be sent to facilities run by the U.S. Department of Health and Human Services within three days of being detained.

The agency then is responsible for placing the children in shelters or foster homes until they are united with a relative or sponsor in the community as they await immigration court hearings.