TEXAS – An American Muslim girl from southwest Houston, Texas, has achieved a rare honor after being accepted by 7 out of 8 Ivy League schools, with only Harvard putting her on a waiting list, with each of these schools being the life dream for most brilliant students.

“The reason I applied to so many schools is that I didn’t think I would get accepted to any of them,” Amina Mabizari, 18, told Houston Chronicle on Wednesday, May 3.

“It’s funny to say now after being accepted, but it’s kind of unheard-of in Alief to be accepted to such top-tier schools.”

The good news started with a letter she received last March from Yale University, advising that Amina was likely assured a spot in the incoming freshman class.

The acceptance letters kept coming from Princeton, then Columbia. Others arrived from Cornell, Brown, Dartmouth and the University of Pennsylvania. 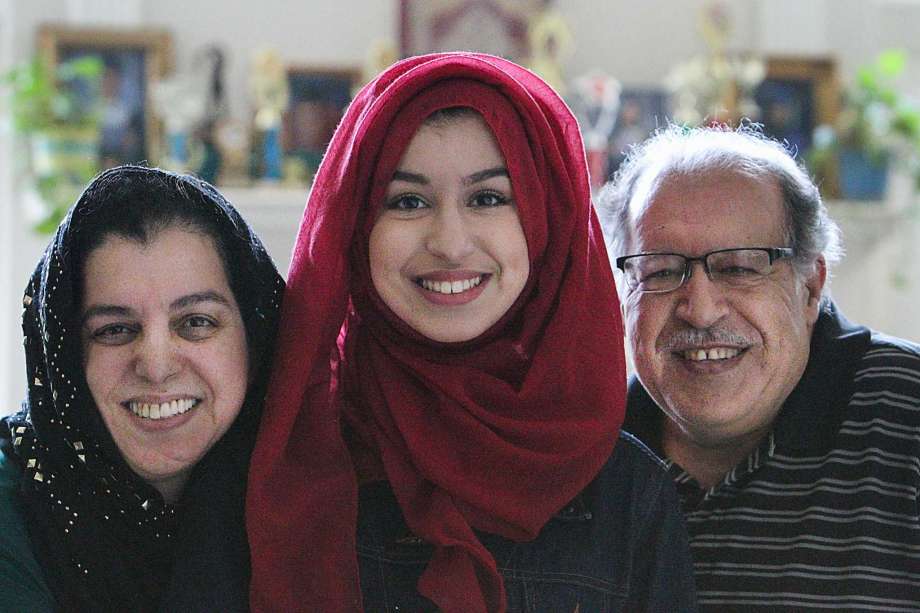 Amina Mabizari was taught to read by her mother, Nadia, left, while her father, Bachir, worked and attended the University of Texas at Austin.

Educational life was not all rosy.

The young Muslim student, whose parents are from Algeria, came through a long journey after being identified in kindergarten as the lowest-performing student.

Back then Amina’s mom knew very little English but decided to fight for her child: she would work on her English and spend a lot of time reading for Amina and helping her with letters and sounds.

Her effort paid big time as by the end of that year, Amina’s teacher said she had become her highest-achieving student.

For her college applications, she wrote a personal essay about how her father had worked hard to make a living for his family in Algeria, how his grandfather was killed in Algeria’s war of independence, and how his father earned a scholarship to the University of Texas at Austin.

Along with her exceptional academic record, Amina was state president of the Texas Association of Student Councils, overseeing 1,300 schools across the state.

Amina wants to attend law school and get into politics. She dreams of becoming a senator.

“Never give into this idea that you are in any way less than someone from a different area,” Amina said.

“You are just as capable as anyone else.”