SAN DIEGO – Leading Muslim imams and scholars joined other local and national faith leaders at the San Diego-Tijuana border on Monday, December 10, in an act of peaceful civil disobedience in support of asylum-seekers and immigrants.

“We stand today, tomorrow and every day, committed to ensuring that every human being receives dignified treatment and the right to seek refuge for themselves and their families,” said CAIR-LA Executive Director Hussam Ayloush, who was taken into custody in an act of civil disobedience in a statement online.

“It is not only international law, it’s basic human values. Love, dignity and respect know no borders.”

More than 400 people of faith — including American Muslim leaders from across the nation such as Imam Omar Suleiman, Imam Zaid Shakir, Imam Taha Hassane and Imam Naeem Baig — gathered at Border Field State Park in San Diego to begin a solemn procession to the border. 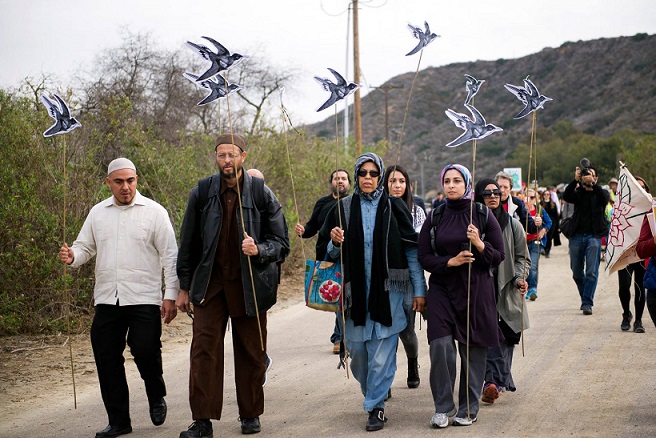 When the procession reached the law enforcement zone, border patrol agents dressed in riot gear blocked them from advancing to the border wall. In an act of civil disobedience, faith leaders moved forward to offer a ceremonial blessing. Thirty people were arrested.

“It is our responsibility as people of faith and of all Americans to stand in solidarity with those being affected by Trump’s xenophobic, racist policies in our borderlands,” said CAIR-San Diego Advocacy and Policy Coordinator Mejgan Afshan.

“Today’s action was a way to tell our sisters & brothers across the border that we stand with them and all those seeking asylum because it is a human right.” 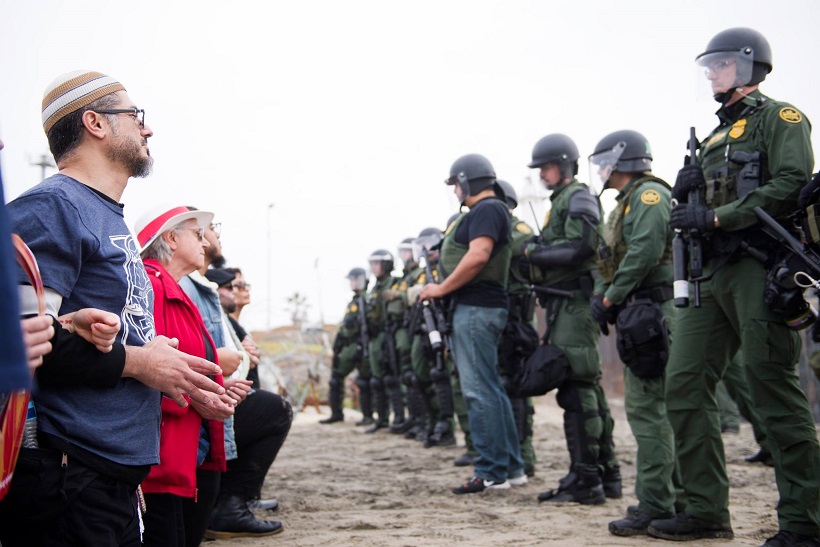 Yesterday’s solidarity event launched a week of action called “Love Knows No Borders: A moral call for migrant justice” that began on Human Rights Day on December 10 and will end on International Migrants’ Day on December 18.

The event is one of many across the nation, organized by AFSC, in solidarity with immigrants in this country and crossing the border.

Participants of this national mobilization are calling on the United States government to end the detention and deportation of immigrants, respect the human right to migrate and end border militarization. 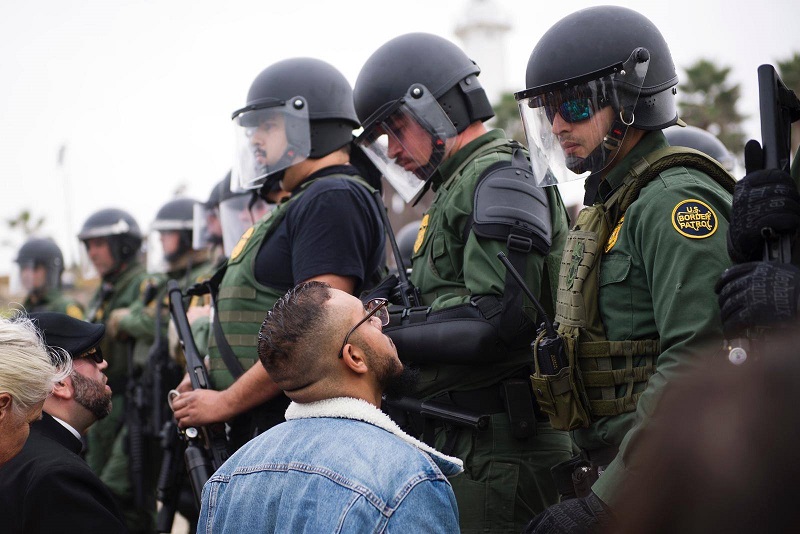