State sponsored mosques are designed to serve a singular purpose; to provide a space for congregational religious services and prayers. In Muslim majority countries, mosques do not operate independently of political authority. The utility of the mosque is then limited, if not profoundly curtailed, within this context.

But in the United States, the mosque is not just a place to pray but also doubles as a community center. American mosques are the nerve center of the Muslim community with year round activities including cultural enrichment, social services, and Islamic education.

In secular societies, where religion is an active choice and not a passive reality, a community center style mosque with a program-driven agenda is not just an ambition but an absolute necessity.

President of Sound Vision, Imam Abdul Malik Mujahid recently wrote that, “Masjids are the main organizing unit of Muslims on this continent.”

Yet, according to the 2014 report by the Institute for Social Policy and Understanding (ISPU), “There’s a growing narrative within the American Muslim community that paints a picture of alarming exclusion, especially for women, youth, and converts. Some mosque-goers feel increasingly disconnected from the mosque community and some have stopped going to the mosque altogether, because of it.”

Ideally, the spirit with which we approach our spaces of worship should be one that encapsulates the heart of Islam and offers its congregation the kind of inspirational energy that will help them to sustain a metaphysical rather than material view of reality.

But unfortunately, a significant number of young Muslims surveyed will tell you that their mosques are so lacking in spiritual ambiance that to keep the faith, they sometimes feel like they have to keep their distance. They are routinely disheartened and disenchanted and therefore disengaged.

The litany of grievances are well known and were spotlighted in a popular documentary titled Unmosqued ,which raised critical concerns about women’s roles in mosques, ethnocentrism, and the limited access of a new generation to positions of leadership.

Executive producer Ahmed Eid, cites a 2011 study which shows that most mosque leadership is above the age of 52 and is disconnected from the realities of what young people growing up in America really face. 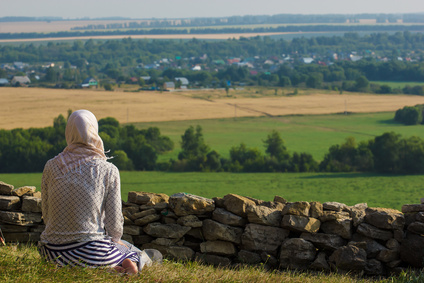 Two trends have emerged as possible approaches toward resolving this problem.

The first is to take over the existing mosques, which is not a reasonable approach, given that no clear operational system exists, except to thwart the efforts of those who wish to develop one. The second more plausible option is to develop separate spaces or what has come to be known as ‘third spaces.’

The emergence of ‘third spaces’ is not just an indication that there are serious grievances with our mosques but that there are no opportunities to fix them. A Disruption in the status quo necessitates more than just an invocation to “get more involved!”

What makes this even more depressing is that there is no shortage of resources within the Muslim community. Not only is the Muslim community financially capable of sustaining sophisticated and program driven communal spaces, but our community has tremendous energy and expertise in a widening variety of fields.

According to a 2009 Gallup poll, US Muslims have the second-highest level of education among major religious groups in the United States. American Muslims have the skills and ambition to run massive corporations and manage mega projects, but when it comes to contributing to their Islamic Centers they feel completely locked out and helpless.

This sense of helplessness is not unwarranted. When our organizational structures are built around personalities and subjective considerations rather than objective principles, the challenge to innovate, expand and grow becomes too arduous, if not impossible to achieve.

It has never been a question of how hard or dedicated we are, but a question of gridlock; of drains clogged by the sludge of a petrifying culturally driven approach to governance; One where policies and procedures are replaced by random and arbitrary efforts of well meaning individuals with no organizing principle. 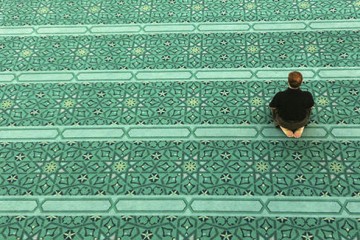 I believe that the chaos we often witness in our Islamic centers has an element of intentionality to it.

The theory underlying my claim is this: So long as our Islamic centers maintain a functional level of chaos, their operations become dependent on specific individuals instead of a system that can stand independently of them.

Just the right amount of chaos ensures that the mosque eventually ends up developing a cult of personalities instead of a culture of productivity. And for those fearful of change, this is a desirable outcome.

Without procedural formalities many mosques are overwhelmed with informal negotiations with obstructionists who are psychologically invested in maintaining a conservative and counterproductive status quo.

That status quo promises to restrict communication by enforcing meaningless taboos. That status quo lacks transparency and maintains a kind of structural ambiguity designed to mimic the organizational formation of a village polity, where professional and personal boundaries are blurred by privilege and favoritism.

As a community, we have reached the next developmental phase of our growth.

There are many good things happening to usher us through this transitional period and The ‘Islamic Society of North America’ is just one of the many organizations that has accepted the challenge by creating Masjid development programs and webinars.

Even more inspiring is a recent project called MUHSEN, spearheaded by the highly celebrated Imam Omar Suleiman to accommodate the disabled members of our community.

MUHSEN has even developed a certification program that rates individual mosques on how friendly and accommodating they are to their disabled congregants. These initiatives invite a level of scrutiny that will inevitably alter our efforts and expectations for the better.

I am not of the opinion that we need massive reforms as much as we do alternative institutions.

Spiritual growth and community development is complicated and each individual has a right to progress at their own rate. Each individual needs the institutional representation to evolve in an environment free from judgment.

The modernized Muslim majority are clearly disenchanted, but we must remember that part of the modern spirit is to accept that even the most conservative status quo has a right to their own communal space of worship.

More options and institutional alternatives is how every religious community in America has managed not only to survive, but to thrive.

What the American Muslim community needs to do is to create those options and to provide more and more community centers that reflect their social and organizational values.

This approach is in keeping with the American impulse towards diversity and choice rather than forced conformity and gridlock. When we offer ourselves an alternative rather than an impossible mission, we are more likely to remain faithful to both God and community.