WASHINGTON DC – An all-girl high school team from Afghanistan, who wanted to escort their robot to Washington DC for an international robotics challenge, has been denied visa to the US, breaking the heart of the girls and wasting a life-time chance for them.

Afghanistan’s first female tech boss Roya Mahboob, who founded software firm Citadel, organized the all-girl team and said they were “crying all day” after they were turned down, the Independent reported.

She told Forbes: “It’s a very important message for our people. Robotics is very, very new in Afghanistan.

The team of six teenage girls from Afghanistan had twice trekked around 500 miles from Herat, a western city in Afghanistan, to the American embassy in Kabul to apply for the one-week travel visas.

But their efforts proved to be in vain as US officials rejected their applications following a series of interviews.

Thought banning the girls from traveling, their ball-sorting robot will be sent to compete against 163 other machines at the First challenge in July, and they will appear at the event via video link from Herat.

Only the teams from Afghanistan and Gambia have been denied travel visas, while students from Iran, Iraq, and Sudan are able to attend. 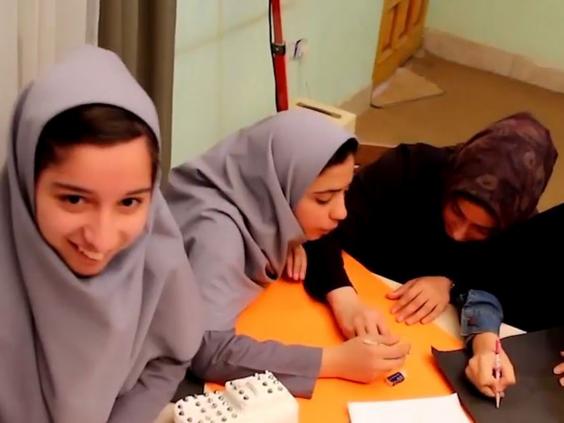 One of the team members, Fatemah, 14, told Forbes: “We want to show the world we can do it, we just need a chance.”

First Global President Joe Sestak said the girls were “extraordinarily brave young women” and told Forbes he was disappointed they weren’t allowed to travel to the US.

Jonathan Blanks, a media commentator and researcher at the Cato Institute, tweeted: “I feel safer now that we’ve denied a once in a lifetime opportunity to a group of girls whose country we’ve been bombing since their birth.”

I feel safer now that we’ve denied a once in a lifetime opportunity to a group of girls whose country we’ve been bombing since their birth. https://t.co/55bR2pFBPq