NEW YORK – Muslims around the world mourn the tragic killing of their fellow worshippers in the terrorist attack in Christchurch, New Zealand.

News of the attacks reached Muslims across the globe, and reports continue to unfold specifics about the attack.

In addition to processing the New Zealand tragedy for themselves, concern about the emotional trauma young Muslims hearing about these events plagues Muslim parents.

Talking to children about tragedies like natural disasters, mass shootings, and terrorist attacks can be difficult.

Many children may experience fear, shock, anger, anxiety, and grief, so it is essential for parents to prepare to have conversations with their children.

Young Muslims may experience different levels of emotional trauma when learning about the targeting and murder of Muslims.

“Trauma can be caused by many things,” therapist Djamila Abdel-Jaleel told About Islam.  “Someone who is mature may be more traumatized than someone who is young because children are resilient.”

Children live through wars, famine, death, being refugees, domestic violence, etc. Some children living in the same household have different perceptions and experiences of the exact same life event because we are all unique in our psyche and emotional fragility just as in our physical appearances.

Abdel-Jaleel listed some behaviors that may indicate that a child is going through emotional trauma.

“Usually children will exhibit excessive nervousness or crying, fear of being alone, nightmares and depression.”

Preschoolers might become clingy, and school-age children may have a fear of going to school and difficulty sleeping or paying attention.

Middle and High schoolers may deny their trauma and start to argue more as well as resist authority. Unable to identify what is bothering them, they might also begin to complain about aches and pains.” 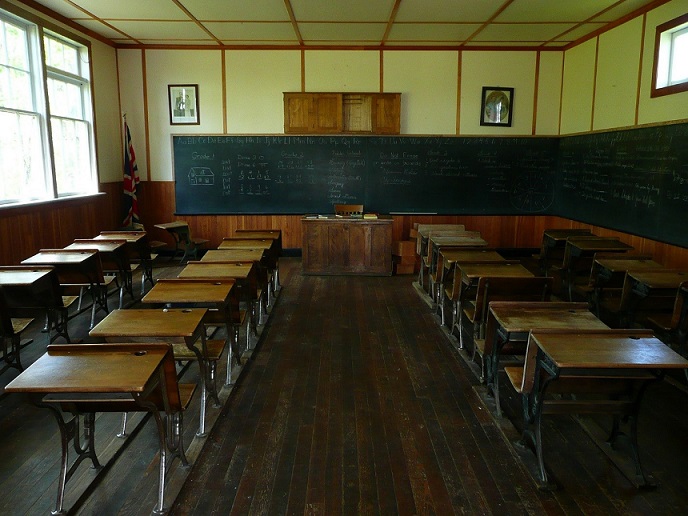 Image by Brigitte Werner from Pixabay

What Muslim Schools May Do

“In a Muslim school, they would probably collectively make dua for those who lost their lives.”

Administration and faculty may provide assurance to children that they are safe by collective examples of heightened security and protocols.”

Children now learn how to survive school shootings like how we learned to hide in the hallway during air raid drills while we were in school in the ‘60s.

Being safe was not swept under the rug. Just like then, there should be a plan. Knowing that there is a plan can give a sense of security.”

Parents who appreciate how crucial talking with their children is to them being able to process trauma can benefit from making the best choices for their family.

“Households and children are unique,” said Abdel-Jaleel. “Each parent should talk to their children in the way that is comfortable for them—sharing information based on each child’s age, maturity, etc.

When the tragedy is distant, as opposed to occurring in places they live or are connected with, the trauma will most likely not be as significant, but it is still important to let them be able to talk about it.”

Reassure them that they are safe. Explain that Allah is the best of protectors.

Remind them that they have their parents and police to help keep them safe.

Unfortunately, when there are various age levels, younger children sometimes get more information than one would ordinarily expect, hearing bits and pieces from their older siblings. So, they might approach parents with questions.

Group therapy sessions are also helpful. Enlist the help of a professional when children express that they are traumatized.