A Canadian politician is winning praise on social media this week for his surprising response to a racist attack at Sunday’s MuslimFest in Mississauga, Mississauga.com reported.

“I will never respond to an Islamophobe by stating, ‘I am not a Muslim,’” Gurratan Singh, who represents the Ontario district of Brampton East, tweeted.

“Instead, I will always stand with my Muslim brothers and sisters and say hate is wrong.”

The Sikh politician went viral for declining to correct a man’s ignorant string of Islamophobic comments directed at him, despite the fact he is not Muslim.

In the video of the incident, which has been viewed more than 1.2 million times since it was posted on Sunday, Singh condemns the man’s Islamophobic comments and tells him it has “no place in Canada.”

My brother @theJagmeetSingh taught me to always confront racism.

I will never respond to an Islamophobe by stating, “I am not a Muslim”.

Instead, I will always stand with my Muslim brothers and sisters and say hate is wrong ✊?. https://t.co/MaBPc3sBb1

“It’s not hate, it’s the truth buddy,” the man says at one point, denying repeatedly that he’s a racist. “What about sharia? Political Islam? You’re hiding bud. I’ll debate you anytime.” 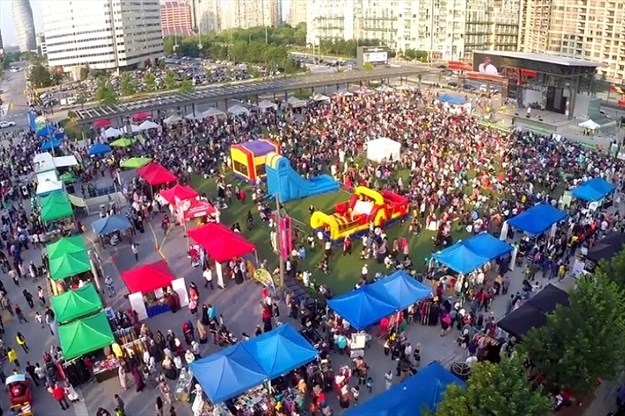 The man in the video is Stephen Garvey, the leader of the National Citizens Alliance, an anti-immigration federal political party. The NCA posted a video of the incident on their Facebook page.

“It’s really sad that [in] a moment when people are coming together to celebrate who they are, that there’s someone there who’s trying to spread so much hate and divisiveness,” Singh said.

He said he had a great time at the event outside of that experience, and the event was “beautifully inclusive” with lots of love and warmth from the participants.

“It’s disheartening to see this but it’s also great to see people come together to condemn that hatred,” he said, adding that the man’s “threatening and menacing approach” was dealt with in a professional and calm manner. 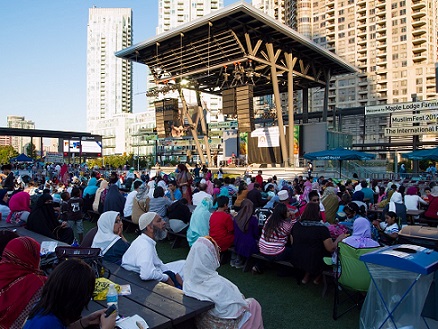 MuslimFest is the largest Muslim festival in North America which celebrates the best in Muslim arts and entertainment. The event ran from August 30 – September 1 at Celebration Square in Mississauga.

Launched in 2004, MuslimFest is a joint project of DawaNet and Sound Vision.

The festival has been winning the Top 100 FEO award for last 11 years. It also received various local and national recognitions in recent past, including Best Social Media Campaign and Best Greening of Festival awards.