Kim MacDougall displays one of his prize-winning sheep at Evraz Place during Canadian Western Agribition.
aaa

REGINA, Saskatchewan – A local farm in Regina, in the southern Canadian province of Saskatchewan, has been offering halal meat to its Muslim customers over the past 30 years, filling a void and encouraging diversity.

“Growing up, it’s always neat because your culture diversity is expanded,” said Kim’s daughter Courtney MacDougall, who was also at Agribiton to show and sell sheep, Leader Post reported.

“You have a better awareness of the individuals who live around you … as well as an appreciation for their festivities and traditions.”

The family started out butchering for a few close friends, but as Regina’s immigrant population grew, so did the market for halal meat.

Now they butcher anywhere between 15 and 45 head a week in a certified halal abattoir.

“With the influx of immigrants coming over, their chief sources of meat are different than what we eat here in Canada,” said Kim from his stall at the Canadian Western Agribition.

“It all comes down to … how they’re sacrificed,” said Courtney. “You need a Muslim to do it.”

Muslims should only eat meat from livestock slaughtered by a sharp knife to their necks, and the name of Allah, the Arabic word for God, must be mentioned.

Animals are slaughtered during the production of Muslim halal and Jewish kosher meat in order for the blood to be drained. 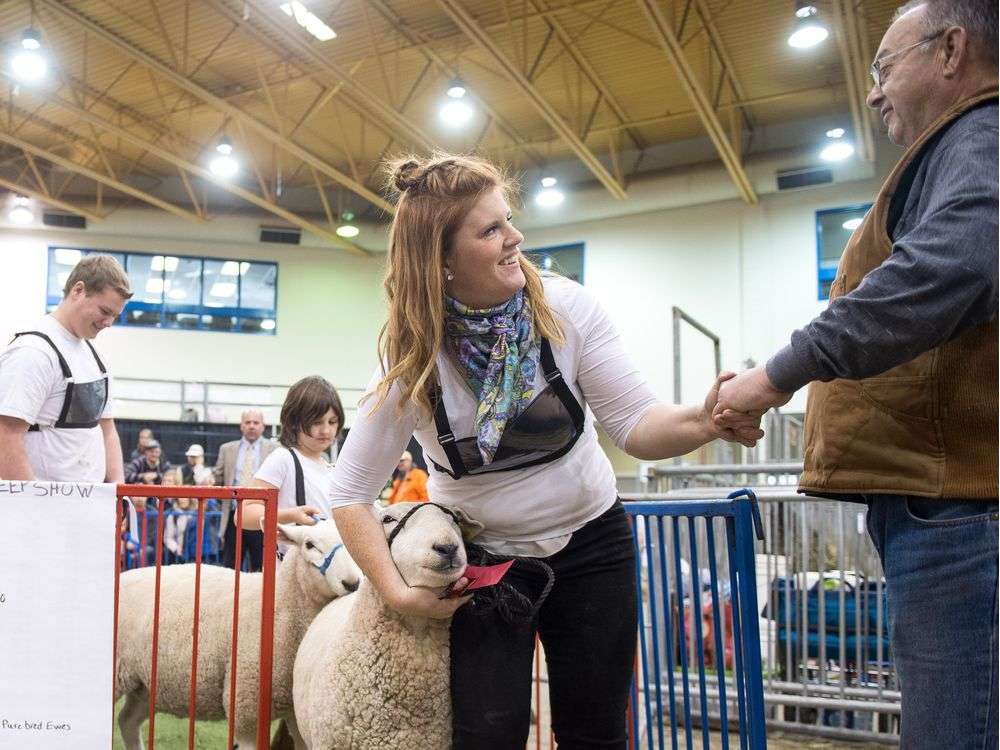 Courtney MacDougall, centre, is congratulated after taking first place in her class while showing one of her sheep at Evraz Place during Canadian Western Agribition. BRANDON HARDER / Regina Leader-Post

The family’s business catering to immigrants gave them an opportunity to share different cultures and traditions.

Sometimes customers will even bring food to the farm, sharing their traditional cuisine with the MacDougall family. Their kids will often play together.

“To me, it’s just expanding their education, which is always a plus,” said Courtney.

Moreover, the fact that Muslims use every part of the animal gave the family another lesson.

“It’s also interesting that way because there’s not a lot of waste,” she said, adding it’s another important lesson she’s able to teach her kids in the process.

Any waste that is left behind gets composted, returned back to Mother Earth, said, Courtney. Hides are incinerated.

“It’s very labor intensive and dad’s not getting any younger, but besides the business part, it’s more than that to our family,” she said.

“It also becomes time for family. The whole time that you’re butchering, it’s those moments that you’re making memories.”