WASHINGTON – To the surprise of many analysts, the American administration’s rising anti-Muslim actions have backfired, with many American Muslims deciding to join the race for Congress nationwide instead of hiding in low-profile lives.

“The chances of these folks winning their elections is still one in three or one in five,” Hamza Khan, director of the Pluralism Project and a Democratic candidate for state delegate in Maryland, told BuzzFeed on Tuesday, adding that he doubted any Muslim could “slam dunk” a race this year.

“But in the next election, one cycle from now, we’re going to have candidates who have gone through the experience and they will slam dunk it.”

In an unprecedented surge, Muslim political and advocacy groups have tallied dozens of names of Muslims running for office nationwide this year.

In Maryland alone, around 30 Muslims vied for state and local seats, a huge leap from the mere three who ran in 2014, according to the Pluralism Project, a political action committee that formed this year to boost Muslim candidates.

Currently, only a handful of Muslims hold public office across the country, including two in Congress: Rep. Keith Ellison of Minnesota and Rep. André Carson of Indiana, both Democrats.

Those candidates have been smeared by opponents as Muslim Brotherhood operatives, their skin was darkened in photographs and their faith gratuitously mentioned in speeches. 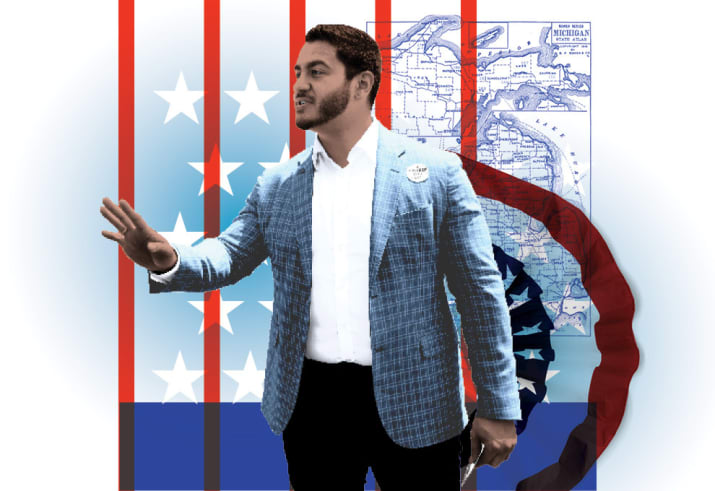 Abdul is a Muslim doctor running for governor of Michigan as a Democrat. He had to hire a bodyguard during campaign trails and keeps the location of his campaign headquarters secret due to safety concerns.

“It’s anxiety-provoking. The hate speech and the constant trolling,” El-Sayed said, saying he’d much prefer detailing his plans for the water crisis in Flint.

On rough days, El-Sayed said, he thinks of the daughter he and his wife are expecting in the next few weeks. Their first child will be “ethnically half-Egyptian, half-Indian, 100% American, Muslim,” he said.

“If I can do this to make it more normal for people like her to do whatever she chooses to do, in whatever realm she chooses, it’s worth it.” 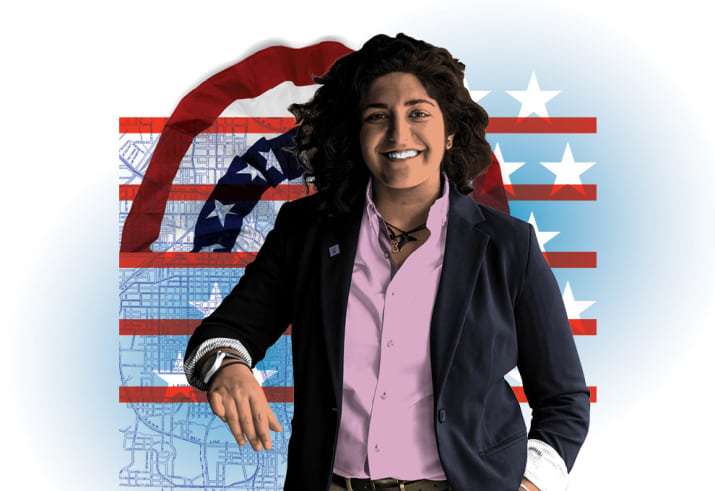 Running for Atlanta City Council, Liliana did not wish to put her faith in the front. But, these days there isn’t much of a choice.

“It just so happens that these things are part of my identity.”

Her family was directly affected by Trump’s “Muslim Ban”.

“After Trump’s first travel ban, five members of my family who are green card holders from Iran felt the threat of deportation,” she said.

“It was a really terrifying time period where there was nothing I could do to assure my family that they were going to be OK.” 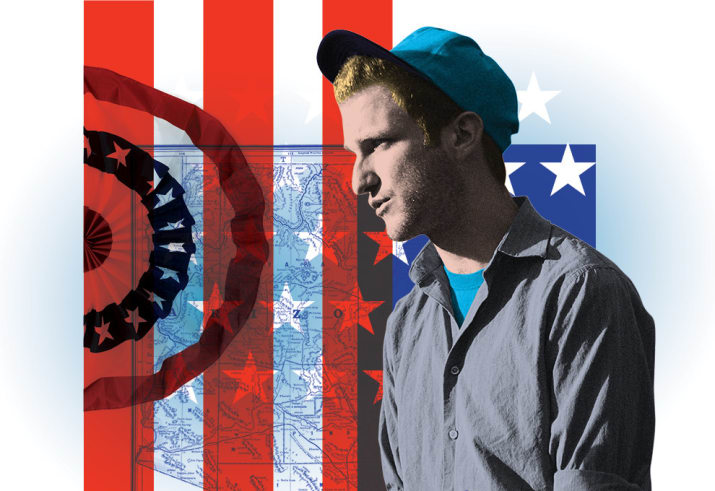 Johnny Martin’s decision to run for state House seat in Arizona is forcing the 24-year-old convert to talk about his Muslim faith more than he would like to on the campaign trail.

“I think it’s coming up because of the fact that the current administration is clearly using Islamophobia to move its agenda forward, and it’s that agenda itself that is the reason I’m running,” Martin said.

Martin, a Democrat, hopes to work on a wide range of issues, including raising teacher salaries in the state and banning the use of private prisons.

“People don’t know that I’m a Muslim when they first meet me, and that often puts me in situations that other Muslims or people of color aren’t necessarily in, and I get to hear the type of things I’m hearing,” he said.

“In the time during the Obama administration, activism was where change was happening, and not necessarily in government,” Martin explained.

“But now the government has become so dangerous, I really felt that it was important to run for office.” 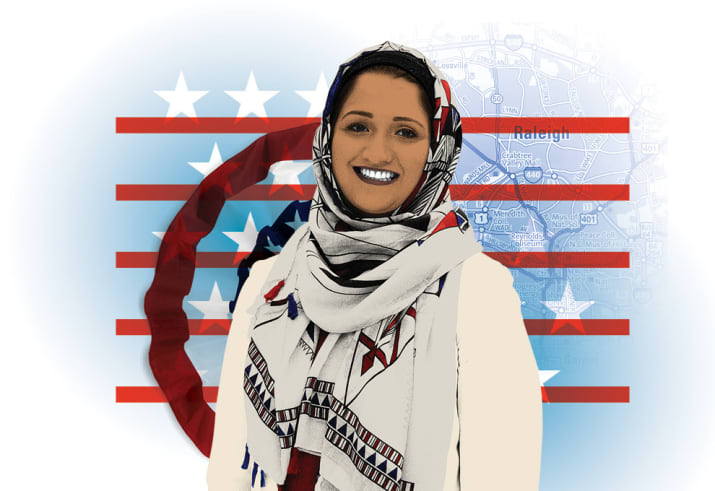 A large campaign sign for Zainab Baloch, a Muslim who ran for city council in Raleigh, North Carolina, was defaced with ethnic slurs, a swastika, and “Trump,” just days before the election this month.

“You have an understanding that when you live in the South, there are many people that do think this way,” Baloch said of the offensive words, something she had already experienced regularly on social media since the campaign began.

“We were prepared for it, but when it actually happens, I have to say, it sucks.”

Baloch said her team was galvanized by the hateful message.

Running on a platform of affordable housing and increasing the minimum wage, the word “Trump” scrawled on Baloch’s sign was a reminder of why she ran in the first place.

“If 2016 didn’t happen, I probably wouldn’t be running for city council,” Baloch said. “If we can thank our president for one thing, it’s for motivating a lot of people to run who probably wouldn’t have had otherwise.”

Although Baloch lost the Oct. 10 election, getting 11% of the vote, she plans on running again.

“That was a question everybody would ask me before the campaign and I would say I have no idea. But there has still never been a woman of color on the Raleigh City Council. And we still don’t have young people on the council,” Baloch said. “And that doesn’t seem like it will change in two years, so yeah, I do want to run again.” 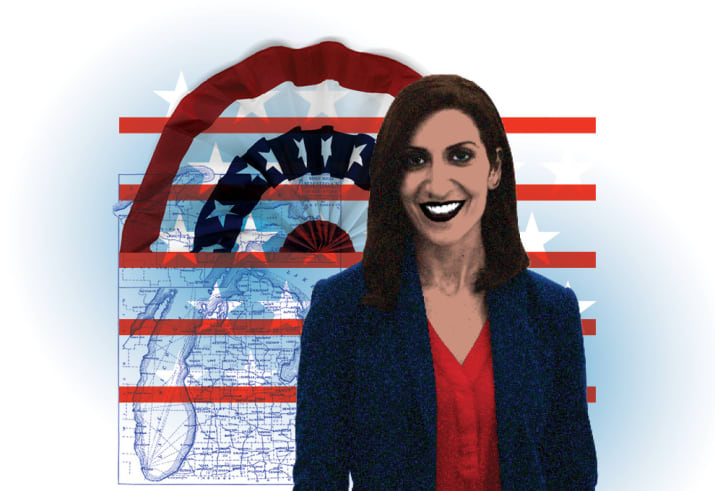 Fayrouz Saad is a Democrat from Michigan who is running for Congress. For Saad, her family’s story is the American Dream and the Trump administration’s efforts to restrict access to that dream is why she decided to run for office.

“Seeing everything I was seeing at the national level, that was the push,” Saad said. 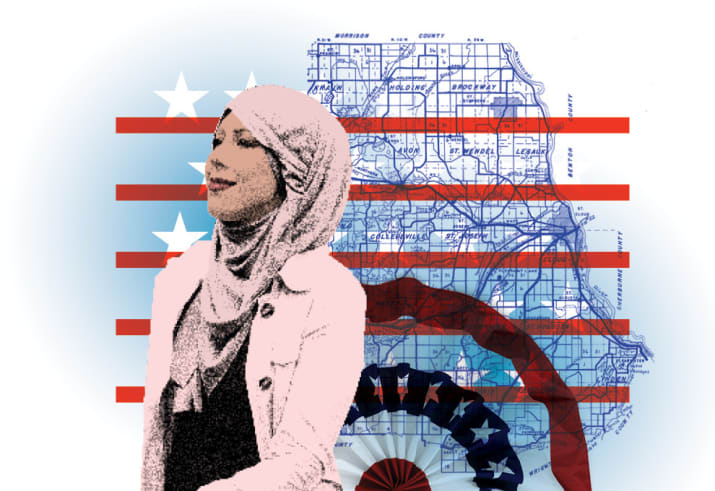 Since Regina Mustafa, a Democrat from Minnesota, announced she was running for Congresss from Minnesota, racial slurs, hateful comments, and even death threats did not stop.

“I’ve been so used to getting anti-Muslim comments over the years, but this was the first clear-cut threat and also the nastiest,” Mustafa said.

“But about 75% of me thought, ‘Well, you knew this was going to happen and you’ve got to deal with it.’ There are people who just want to shake me out of the race, but this is exactly why I need to be in the race.”

“I was able to go to various parts of the state I’d never been to. For many people, I was the first Muslim they’d ever really spoken to or had a conversation with. If I’ve humanized Islam more by my presence out in the district, it was all worth it.”