DETROIT – American Muslims in Michigan, a state that has one of the highest concentrations of mosques in the United States, are getting ready for the holy month of Ramadan by giving more charity to those in need.

“Just like the Christian holiday season or the Jewish holiday season, it’s a time to give whatever wealth you have to those who are less fortunate,” said Rana Taylor, the director of communications for the nonprofit Arab Community Center for Economic and Social Services in Dearborn, Detroit Free Press reported.

“It reminds Muslims that at the end of the day we have a responsibility to take care of one another.”

Charity is a tenet of the Islamic holy month, which this year for many Muslims will begin May 15 and end June 14.

In an open community, it remains a challenge whether the charity will reach those in need or no.

“We should not be discouraged from giving simply because there are a few — very few — individuals who would elicit funds that are not really needed for them other than to fill their greed,” said Imam Hassan Qazwini, the spiritual leader of the Islamic Institute of American in Dearborn Heights.

“When we know them, we give to them.”

Qazwini acknowledged that there is a modern-day caution.

“When we don’t know them, and we have no idea about their financial situation, we ask them to offer some documentation. Sometimes, we also require witnesses,” he said. 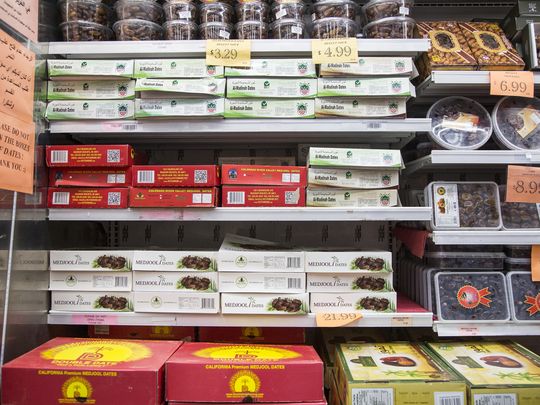 To deal with possible fraud, Charity Navigator, a New Jersey nonprofit organization that offers advice on giving and an online guide to charities, gets questions every Ramadan from potential donors.

“One of the things we hear all the time is: ‘How do I make sure I’m not giving to a scam?'” said Sara Nason, a Charity Navigator spokeswoman.

“If somebody asks for money, you want to ask some key questions that may pop up some red flags.”

Among them, she said, are: Is the charity a registered tax-exempt nonprofit? What are the charity’s expenses and goals? And what is the group’s rating by groups like Charity Navigator?

It’s also good to get a progress report a few months later, she added.

When giving to individuals on the street, she added, you obviously can’t use the same vetting process.

“There’s charitable giving that commemorates the first few verses of the Quran and that’s, for a lot of people, very important,” she said.

“If you see a need, and that’s the way you give back, and you feel that’s the most meaningful way, then that’s the option to take.”

In Surat al-Baqarah, the second chapter of the Quran, people are encouraged to investigate and to find those who are in need but don’t ask for charity out of modesty, said Imam Mohammad Ali Elahi of the Islamic House of Wisdom in Dearborn Heights.

Elahi said being asked for charity creates a moral challenge for the mosque because they don’t know everyone who asks and the mosque doesn’t have enough tools to investigate each case.

“But the whole point is more positive than negative,” Elahi said.

“Let’s say that some people may abuse it. But you know, if somebody gets to the point of coming and asking for $50 or $100, that means that there is a need. But, of course, we have to be careful that, if they get this help and they may abuse it, then, as much as we can be careful, we have to.”