As a practicing Muslim since her conversion in 2012, Sara Hanson has fasted for Ramadan every year since then, even managing to forego food and drink alongside her Muslim-born husband since 2004.

What she hasn’t been able to do, however, is divulge her chosen faith to her family, least of all her mother.

“I’ve thought for several years about how to tell her I’m Muslim, and I haven’t really come to a decision yet,” Hanson, of Houston, told AboutIslam.net.

“I would love to be totally open and honest, but to be truthful I don’t think we’ve ever had a relationship where I could tell her anything (difficult) and she would respond in a respectful manner and we could have a conversation about it.”

“She thinks any American-born woman who converts to Islam is basically brainwashed, and that’s just not something I want to deal with right now,” Hanson said.

Obviously, that perception has made it impossible for Hanson to tell her mother the truth about her faith convictions, but it hasn’t put fasting out of reach.

Despite Islamic teachings that fasting is an invisible type of worship, Hanson said she could only ever hide it when her mother lived in the same city as she.

“If we were spending time together, I could delay eating by giving some excuse or by saying I wasn’t hungry,” she said.

But when Hanson’s mother moved away and began visiting her for days at a time while staying in her home, there was no way to keep up the ruse. Still, Hanson explained her fasting by saying she was doing it alongside and in support of her husband.

The explanation didn’t sit well with her mother.

“Her reaction was ‘You’ve got to be kidding me!’ and ‘God isn’t making you fast so you’re not going to get anything out of it,’ so I just have to roll my eyes or sigh and ignore the comments.”

Hanson said hiding her religion has also impeded her ability to wear hijab and openly pray when her mother visits, amongst presenting other problems. 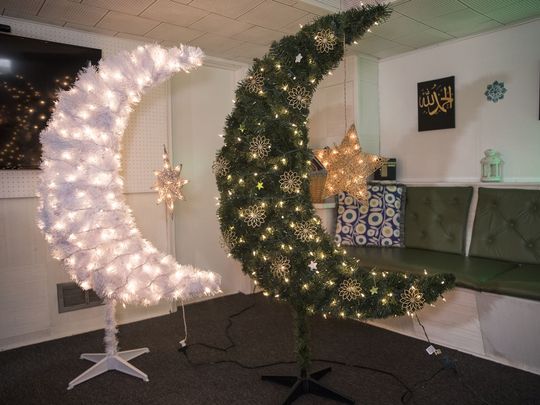 Ryanne Valentine, also of Houston, said she has a hard time relating to Hanson’s predicament. A Muslim convert from Catholicism, she said her parents have always supported her choice of faith for herself and her two children.

“When I hear about the families who are not supportive and even go so far as to ridicule these converts my heart breaks for them, but at the same time I hope that they get rewards for that,” she said.

Though she enjoys the understanding of her parents, Valentine’s fasting has come with its own difficulties.

“I started fasting in 2004 (before converting) and the first time was definitely challenging. I was in university at the time and walking around campus and thinking it was so hot and I wished I could drink some water,” she said. “That first Ramadan I only did a few days here and there.”

As time went on, Valentine found her way to accepting Islam in 2007. However, even as an official Muslim, deterrents to fasting arose.

“I soon became pregnant with my first child and from then on I was either pregnant or breastfeeding, and after that, I was struggling healthwise,” she said.

Last year Valentine said she did not even attempt to fast, due to health concerns, but that this year she’s seen improvements in her health and a return to fulfilling the fasting requirement of Ramadan.

“This year I’m feeling like my energy is better, and I’m not feeling as poorly as I have been in the past,” she said.

Though Hanson admits the situation with her mother is hard, she counts her blessings as she’s been steadily fasting successfully since the start while keeping a full-time job and giving birth to and raising two children.

She recounted her first experience of Ramadan.

“The first time I fasted I don’t recall the hunger and thirst being an issue, but I do remember there being so many temptations while working in an office where everyone was always alerting me to a pot of coffee in the kitchen or a box of donuts on the table,” she said.

“This year I don’t know what I’m doing differently, but I’m making it to the last hour or so of fasting without any hunger, and I’ve only had a few bouts of tiredness.”

On Ramadan and Eid Loneliness for Converts (Q & A Session)