“This girl told me I was going to hell because I’m Muslim,” Shohoud told kqed.com.

The Sunnyvale resident said she regrets staying silent as she grew up experiencing bullying and harassment for being a Muslim.

“I’ve been in those situations, and I kind of wish I could relive them because I didn’t handle it the best,” she said.

Helping Shohoud and other US Muslim teens struggling in their schools, a nonprofit Islamic Networks Group has launched a new training program to help them deal with rising bullying and harassment.

The Youth Speakers Training program, launched three years ago, now offers the training program in California and seven other states.

Significantly, anti-Muslim sentiment has grown in the US. 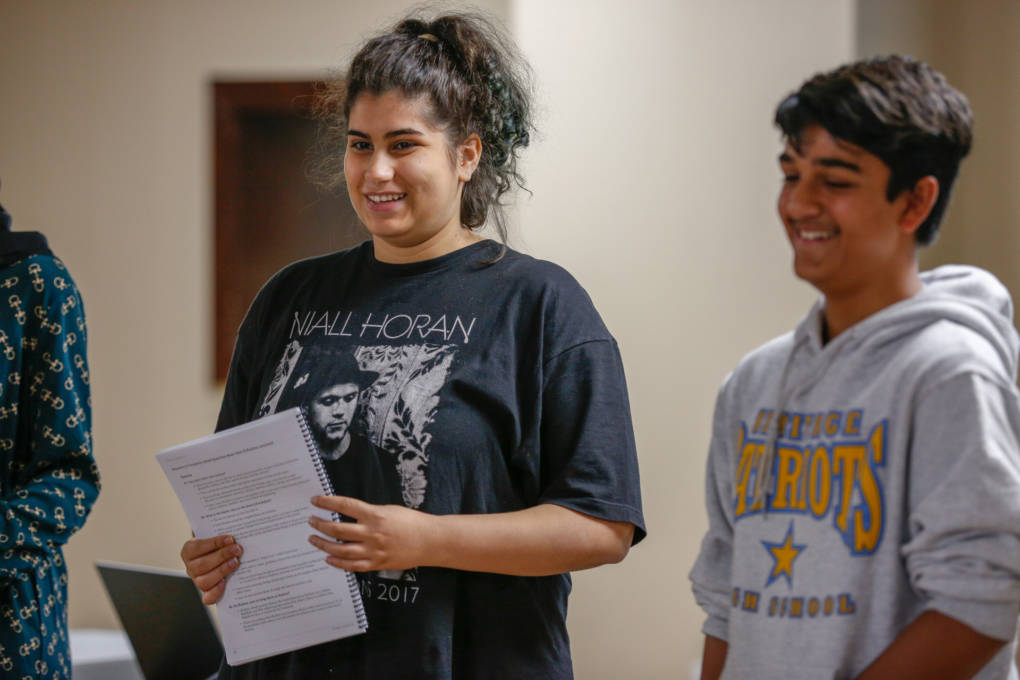 Schools are reflecting a larger dynamic in America, where incidents of bias and violence against Muslims have increased, said Dr. Nadia Ansary, an associate professor at Rider University in New Jersey who studies discrimination and bullying of Muslim youth.

“What happens in schools is a mirror image of what’s happening in society because schools are a part of our community,” said Ansary, adding that bullying puts children at greater risk for anxiety and depression.

During the Islamic Networks Group training in San Jose, students reviewed their rights at school and brainstormed how to respond to potentially thorny scenarios.

As part of the training, students also practice presenting fact-checked materials to their community about the history of Muslims in America and their faith. Those include a list of more than 110 frequently asked questions and answers.

Using those components to stem discrimination and empower students is what makes the program unique, said Ansary and Muslim leaders.

This year, the California Department of Education developed anti-bullying guidelines that schools must make available to teachers.

“The data suggest that that’s not where we are.”