Ebethal Badawi points to a poster she made that asks Pittsburghers to build bridges to those different than themselves. Submitted / Ebethal Badawi
aaa

It all started when Ebtehal Badawi’s son was bullied by his former hockey teammates.

Also, the incident of a Syrian refugee teenager wearing hijab, and was assaulted in a Chartiers Valley High School bathroom by students, motivated her to teach kids that difference should be accepted.

It depicts hands with a range of skin tones and religious symbols behind a bright yellow bridge with a message that reads, “In our community, we focus on building relationships. We strive to build bridges between people of different races, religions, and cultures.

“The poster is about Pittsburgh and how can Pittsburgh build bridges between all of us,” Badawi said.

She said she hopes it is the first step to schools creating programs to teach acceptance and have honest conversations about racism.

“And how we are more similar than different. But sometimes you don’t see that. But as we get the chance to know each other, we know that,” she said.

As she works on bringing the poster to more schools, it is now hanged in several city libraries, YMCAs, and colleges including CCAC and LaRoche. 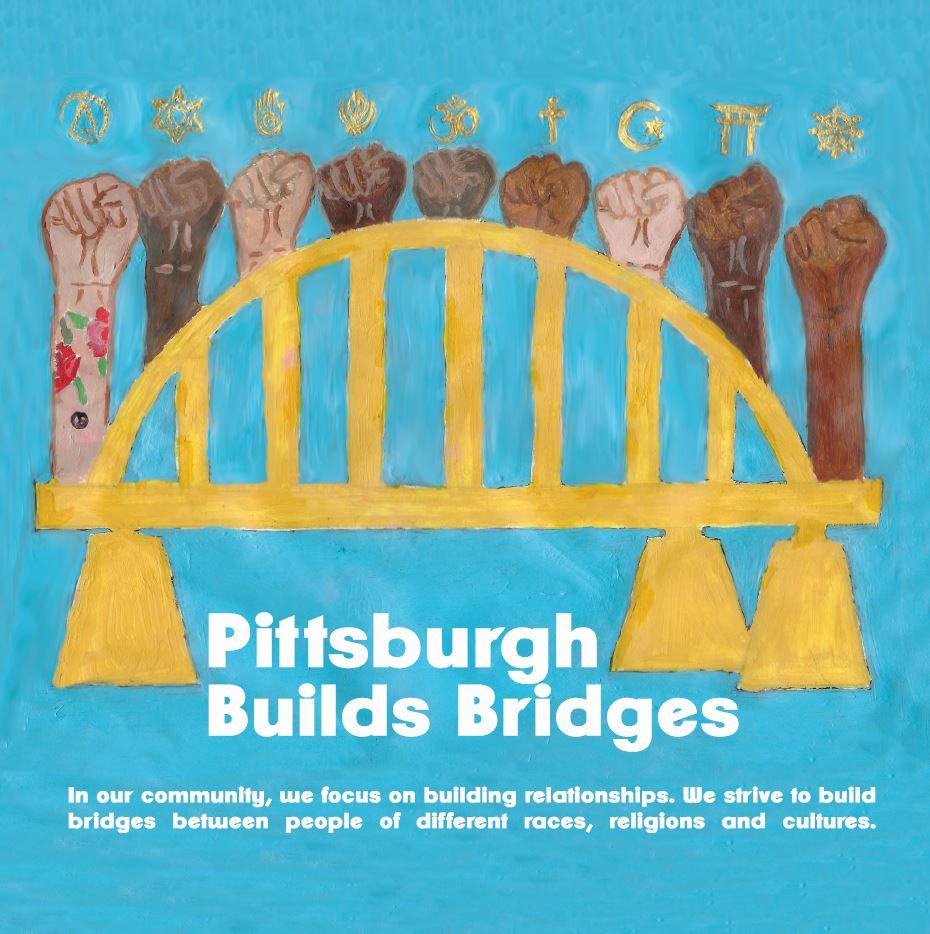 The 2017 School Crime Supplement indicated that about 20% of students ages 12-18 experienced bullying nationwide.

In addition, the 2017 Youth Risk Behavior Surveillance System indicated that 19% of students in grades 9–12 report being bullied on school property in the 12 months preceding the survey.

The number almost doubles in the case of Muslim students.

Nearly two-thirds (64 percent) of visibly Muslim respondents told the Pew Research Center in 2017 that they experienced at least one instance of religious discrimination.