Showing Muslim women as true role models, a mosque in Philadelphia hosted a three-week summer program, bringing together a group of women from across the globe to study and learn from each other as well as top professors from a variety of fields, The Philadelphia Tribune reported.

“It’s really important for women to see communities where women have a place in the Masjid,” a Philadelphia native, Rahmah Abdulaleem Esq. said.

“That’s something that we stress and we wanted to give them a real-life example. Seeing a Masjid where women are on the board is huge.”

As the executive director of Karamah: Muslim Women Lawyers for Human Rights, Philadelphia native Abdulaleem made it her life’s goal to empower women, especially the women of her faith.

The organization’s name Karamah comes from an Arabic term meaning dignity. Karamah’s vision and mission are influenced by the view that a just society values the informed participation of its members through the pursuit of knowledge, access to opportunities, and equity among all “children of Adam”, regardless of gender or other differences. 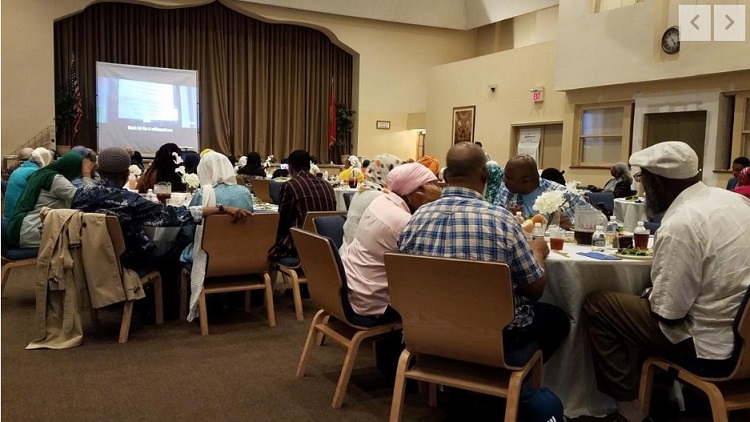 The program is headquartered in Washington, D.C. but this year’s program was hosted by Masjidullah Mosque, in West Oak Lane.

“I appreciate being a Philadelphian more. We have people from different parts of the world here and they are very excited to experience the rich history that comes with this city,” East Falls resident Salima Suswell said.

Masjidullah’s Imam Muhammad Abdul-Aleem beamed with pride as he spoke of the projects and accomplishments of women in his community, including his own daughter Rahmah A. Abdulaleem Esq.

He said, “How can anyone build anything based on denying their mother, sister or daughter their rights? Too often the image is seen that Muslim women are not empowered by Islam,” he said.

“I want you to know that you are the future. You can and should have a leadership role in Islam.”

Karamah is founded on the fundamental principle that education, dialogue, and diligent action are the best tools to eradicate the dangerous and destructive effects of ignorance, silence, and prejudice.