MONTREAL – One year after the Quebec mosque shooting that left six worshipers killed, Canadian Muslims are expressing rising fear of becoming a target of Islamophobic attacks and casual racism, as politicians’ promises of social harmony failed to materialize.

“Everything that touches Muslims has become explosive. And we are fed up. I am fed up,” Rachid Raffa, an employee at the provincial Ministry of Transport, told CBC News.

“I am completely overwhelmed that this tragedy has led to the rise of racist rhetoric in the public sphere, to the complete indifference of Quebec’s elite.”

The 68-year-old Raffa chose to settle in Quebec City after leaving Algeria 43 years ago. During the past decades, he has been an active member of Quebec City’s Muslim community.

In the 1990s, he was president of the Islamic Cultural Centre, which later opened a mosque in the suburb of Sainte-Foy.

Over the past few years, he fearfully watched the rise of hate attacks targeting mosques in the district. His fear culminated after a gunman entered the Quebec mosque in Sainte-Foy on January 29, 2017, leaving six Muslims dead and five injured.

“My bus goes by the mosque and I often told my wife ‘May God protect this place.’ But it happened,” he said. 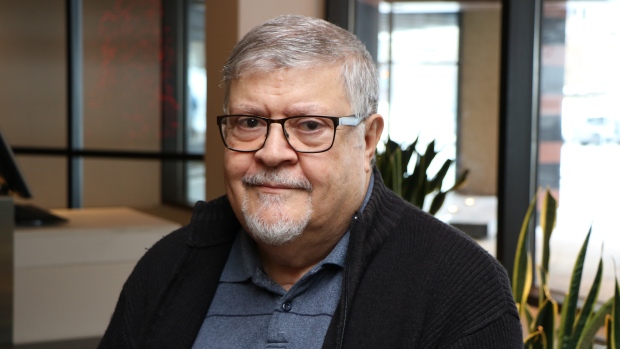 “I should have landed elsewhere in Canada,” said Rachid Raffa, a former president of the mosque in Sainte-Foy, site of last year’s deadly shooting. (Julia Page/CBC News)

After the attack, and despite calls reassuring Muslims, a bid to locate a burial ground close to the city, as the current one in 260 kilometers away, was quashed by a slim majority in a referendum.

The outcome puzzled many in the Muslim community, including Raffa.

“Find me one piece of evidence of integration that is more convincing than my desire to be buried here,” he asked.

“It’s a historic day,” said Mohamed Labidi, president of the Sainte-Foy mosque, which is also known as the Quebec City Islamic Cultural Centre.

Relief did not last long, as only 36 hours later, Labidi’s car was torched while parked outside his home.

“I think that is quite telling,” Labidi’s daughter, Sana, said. “He wasn’t targeting anybody, he was just targeting Muslims.”

Quebec City police revealed last month that the number of reported hate incidents targeting Muslims doubled in 2017, going from 21 to 42.

“It’s probably one of the safest cities to live in if you’re not Muslim. But if you are, you just have to be careful,” said Sana Labidi.

“People [aren’t afraid] any more of being a racist. They have a smokescreen they can hide behind.”

This smokescreen, she added, is the argument used by far-right groups who denounce immigration policies or religious freedoms while claiming to defend women’s rights and Quebec culture. 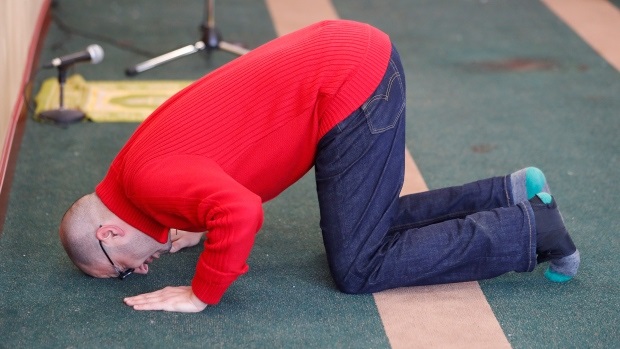 Despite widespread concerns about their safety, many Muslims in Quebec refused to be passive victims.

“I said: ‘No, we are not entering into a civil war right here. That cannot happen in Quebec,'” Sophia LaaBabsi, who owns a daycare in the suburb of Beauport, said.

Born to Moroccan immigrants, the 22-year-old grew up in Quebec City. After the rise of anti-Muslim racism, she decided to do something.

In March 2017, she created an event called Apprenons à nous connaître (Getting to know each other), which brought together non-Muslims and Muslims to discuss Islam.

Close to 200 people showed up to listen to guest speakers and chat over traditional Moroccan dishes.

“People who are Islamophobic, who are xenophobic in any way, it’s because they are ignorant. So we just tried to educate people,” she added.

The Islamic Cultural Centre, site of last year’s deadly shooting, has also made efforts to break down cultural barriers.

“Once you get to know people, everything changes,” said Brian Semple, a fifth-generation Scottish-Quebecer who converted to Islam in 2003.

Getting over the shock of Soufiane’s death, he pledged not to avoid the mosque, but rather to use it as a place of dialogue.

Semple is often called on to welcome English-speaking groups who visit the Sainte-Foy mosque, a regular occurrence since the attack.

“That’s what we try to do now: get people to come and meet us. Not everyone is interested, and I can understand that, but to build bridges is very important.”