The Muslim community in Oakland, Northern California, have hosted an event to celebrate the outstanding contributions made by Muslim Americans to the United States, Xinhua reported.

“I want to thank you for the gift that you give your city, your faith, the food, the language, the practices, the fact that we are so (en)rich(ed) by all the traditions and histories that come together and are celebrated and honored in this place,” Oakland Mayor Libby Schaaf said.

The event was hosted on Friday at Masjidul Waritheen, a predominantly African American Muslim congregation in Oakland.

During the event, the mayor presented a proclamation to the Muslim community to honor the designation of August as “Muslim Appreciation and Awareness Month” in California.

Schaaf praised the huge contributions of more than 90,000 Muslim living in Alameda County to the cultural, political and economic fabric and wellbeing of California and the United States.

“I believe our president is incredibly misguided and ignorant. What makes America great is our diversity,” she said.

“This is un-American in my view. He is misguided. He is a racist, and he is not taking this country in a good direction.” 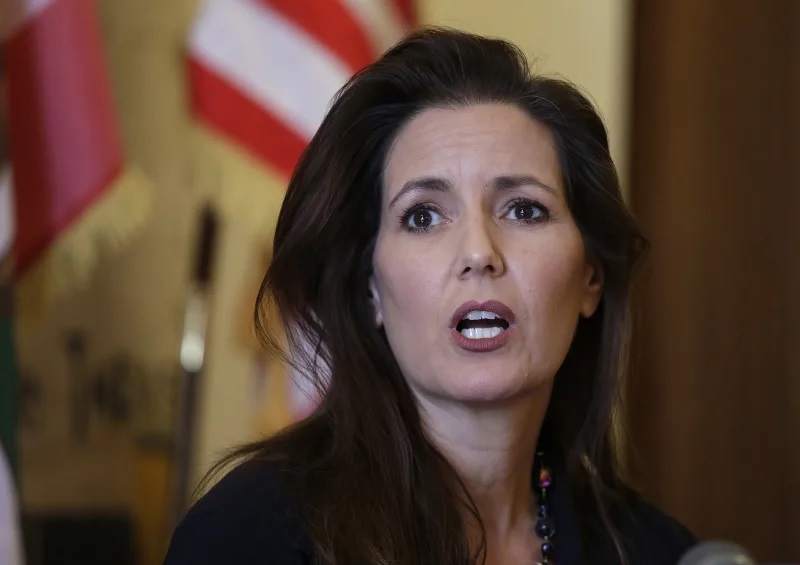 Faheem Shuaibe, resident Imam of Masjidul Waritheen, said Schaaf’s visit to the event to celebrate with the Muslim community is “very special.”

“Inclusiveness is one of the words that’s important at times like this, because there are so many people who are building walls to try to separate people, one from the other, whether those walls be political walls or racial walls or economic walls,” he said.

Sameena Usman, the government relations coordinator of the Council on American-Islamic Relations (CAIR) California, said that the celebration aims to show that Muslims have been part of this country since even before its founding.

“We’ve been in a part and parcel of this community and to have our city of Oakland and the state of California recognized this month really truly means a lot to the Muslim community, especially given the negative rhetoric that we have heard” from other people.

The resolution, HR-59, was introduced by Bill Quirk, California Assembly member, in June 2016 after he was approached by a community activist on the issue.

It followed a sharp increase in anti-Muslim rhetoric according to a recent civil rights report compiled by the California chapter of the Council on American-Islamic Relations (CAIR).

This is not the first time California has designated a month to recognize the contributions of the Muslim-American community.