A group of New York university undergraduate students held a landmark conference this weekend in New York, focusing on the erasure and marginalization of Black Muslims in the United States, Middle East Eye reported.

“People don’t see Black Muslims as trailblazers. We are here to change that,” Raphia Ngoutane, chair of Black Muslim Initiative (BMI), said during the event.

Organized by the Black Muslim Initiative (BMI), the symposium titled “History, Legacies, and Experiences” was an attempt to reclaim the narrative about the role played by Black Muslims in the story of America.

“There is a great lack of awareness of the role of Muslims of African descent in the origin and establishment of Islam in America,” Imam Talib Abdur Rashid, from The Mosque of Islamic Brotherhood in New York, said in a keynote attended by academics, community leaders and students.

“This lack of awareness is amongst all people in America, those who have been here for generations and those who just came here …  [and] one of the reasons there is this lack of knowledge of Muslim history in America is because it is rooted in African-American history. 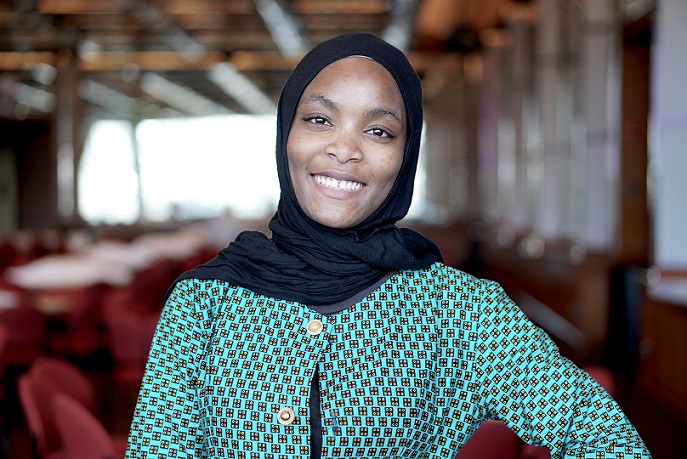 Raphia Ngoutane, chair of BMI, says conference was meant to be learning and challenging experience for all (MEE/Azad Essa) 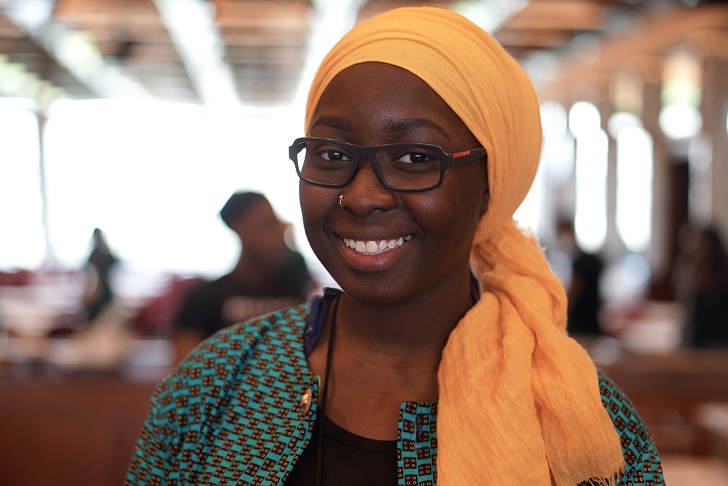 The conference also focused on discrimination against Blacks inside the larger American Muslim community.

“There is a lot of talk about Ummah, but ‘your struggle being my struggle’ doesn’t really translate,” 19-year-old Ngoutane, told MEE.

According to the Institute for Social Policy and Understanding’s (ISPU) 2017 American Muslim Poll, 33 percent of Black Muslims said they experience racism from other Muslims.

Jenabu Simaha, 19, co-chair of the BMI, said that some Black Muslims at NYU – herself included – “would adjust their names to make it sound closer to Arabic, in a bid to fit in” with other Muslims on the campus.

“Our struggles don’t matter to some. Being a Black Muslim, I often have to explain that I am Muslim and I have to somehow prove it.

“We just got tired of feeling marginalized and decided to form BMI in 2017,” Simaha said. 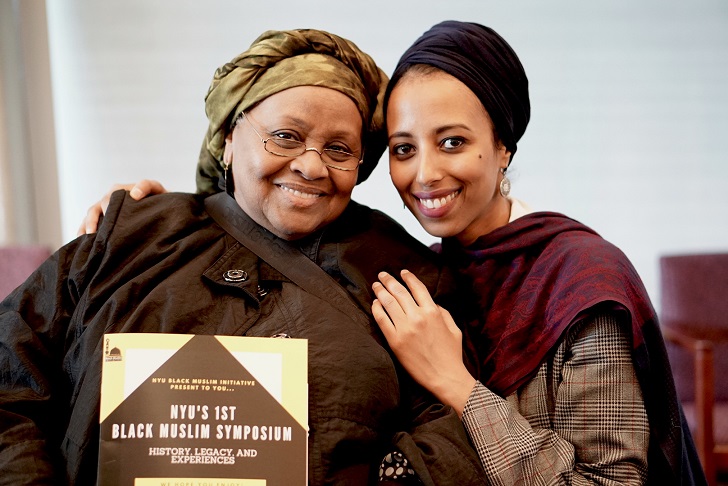 Aisha al-Adawiya, the scholarship officer at the Schomburg Center for Research in Black Culture based in NYC, described the women-led initiative as the leaders “their generation have been waiting for”.

“Society always determines what is relevant and what is not. These are young people making sure their history will be relevant,”Adawiya, who is also a long-time community organiser, told MEE.

“This is an important start. They will need to build bridges, and make sure that they are able to combat forces who will seek to divide us.”