BRUNSWICK – Over a hundred volunteers from all ethnicities, religions, and age groups gathered earlier this week at the New Brunswick Islamic Center (NBIC) to pack and distribute free food packages to the needy.

The event was organized and sponsored by a community-based organization HUDA, a part of NBIC, in conjunction with Muslims Against Hunger.

Hosted at the NBIC facility, the event saw over 100 volunteers join hands in making over 3000 non-perishable and 300 perishable plant-based food packages within an hour, which were then distributed to Elijah’s Promise, the Trenton Area Soup Kitchen, and needy families in New Brunswick.

One young volunteer from North Brunswick called the event ‘inspiring’ while another middle school volunteer from Montgomery called it ‘fun’. The volunteers ranged from 3 years to 73 years. 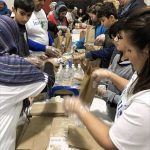 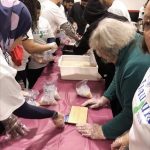 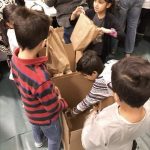 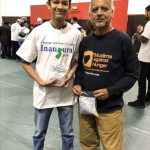 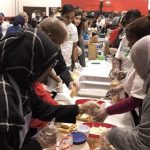