Six migrant parents have been released, thanks to a campaign launched by American Muslims, which has led to raising over $100,000 to bail out migrants detained by the US government, Huff Post reported.

Tarek El-Messidi, CelebrateMercy’s founding director, said he hopes the fund-raised bonds serve as an apology to these migrant families “on behalf of all Americans.”

“We’re sorry they had to endure this, sorry that we as a country have not treated them with mercy,” El-Messidi said. “We failed them. Many of these migrants are coming here, wanting stability and safety and escaping very harsh circumstances.”

“We hope they won’t have to suffer anymore going forward,” he added.

American Muslims have kicked off a new campaign to bail out detained migrant parents, helping to reunite their families as soon as possible.

The six parents, whose names were not released for their safety, are from countries in Central America, the Caribbean, and West Africa, according to CelebrateMercy.

The parents had been living in the US for several years before being held in detention centers for periods ranging from two months to four years.

Muslims for Migrants campaign was kicked off after the sharp increase in the number of immigrants held by the US Immigration and Customs Enforcement which hit a record number of 50,000 in May.

Bonds for detained migrants have reportedly increased under Donald Trump, amounting from $7,500 to $30,000, according to Pilar Weiss, executive director of the National Bail Fund Network, a network of local community bail funds.

The released parents had been living in the US for several years before being held in detention centers for periods ranging from two months to four years.

One migrant father, whose own parents allegedly died from gang violence in his Central American homeland, was reunited with his pregnant wife and five-year-old child on Aug. 9, CelebrateMercy said.

A father of two from a West African country was granted bond in May 2019 but he remained in detention because his family couldn’t afford bond.

His wife became the sole provider for the family and was facing eviction from their home, but with funds raised through the campaign, the father was freed on Thursday, according to the Muslim nonprofit. 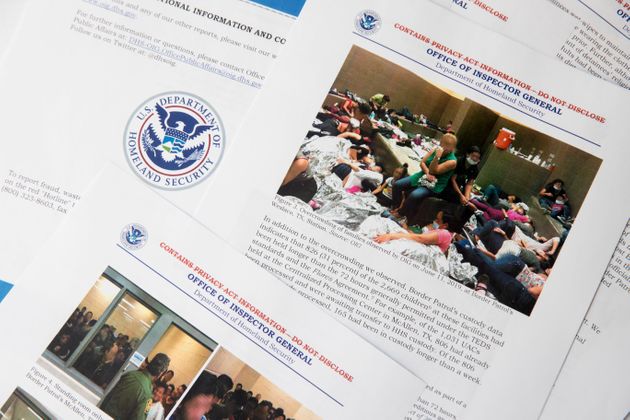 The Prophet Muhammad (peace be upon him) was himself a migrant who fled Makkah to Madinah to escape religious persecution.

The Islamic calendar is calculated from the year of this important journey in the Prophet’s life ― demonstrating the pivotal role migration has played in the religion’s history.

Therefore, the blatantly anti-immigrant policies and rhetoric of the Trump administration was very alarming to American Muslims.

The launch of the fundraising campaign, which coincided with Hajj and `Eid Al-Adha, a period in the Islamic calendar when Muslims give more to charity, gave people a way to put their faith into action.

El-Messidi said his dream is for the campaign to raise enough money to reunite 100 migrant families.

“Everyone deserves a chance to sit with lawyers and be able to work on their case from a place of freedom, and that’s really what we’re trying to do here,” he said.

“To give them a fair shot at their trial ― and hopefully, they’ll get that.”