REGINA CITY – As the clock ticks towards Muslims’ fasting month of Ramadan, the Muslim community in Regina, Saskatchewan, invited their neighbors on Saturday, May 13, to an event to educate them about the holy month.

“People are nervous about asking questions,” explained Sabreena Haque, a Muslim woman and member of the Regina chapter of the Islamic Association of Saskatchewan, which organized the event, CBC News reported.

“It’s good to just come forward and just explain to people. Once you start talking, then people start asking questions.”

The pre-Ramadan luncheon at the RCMP Heritage Centre, held on Saturday, was attended by more than 100 community leaders from the city, including church dignitaries and politicians.

“It’s a great opportunity to let others know who we are, why do we do this every year and what effect it has, and the  generosity that we do,” said Faisal Khan, president of the association’s Regina chapter.

“We call this home now, just as you do and it’s a great place to be.”

Khan explained the meaning behind fasting for a whole month.

“It gets us, first of all, understanding of what poor people go through and it helps us become more compassionate with them and it just generally results in a lot of generosity,” explained Khan.

Haque describes it as a type of spiritual training, where charity is emphasized. 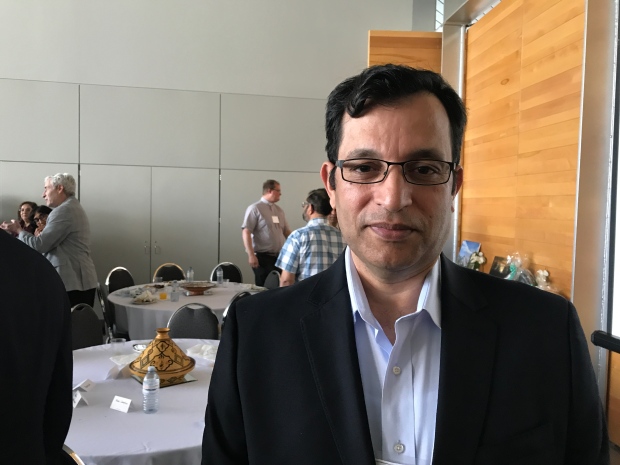 Faisal Khan of the Islamic Association of Saskatchewan says Ramadan tells worshippers about the pain felt by those in poverty. (Alec Salloum/CBC)

At the end of the month, a special `Eid Al-Fitr celebration will take place at the old Mosaic Stadium, said Khan.

“This is going to be one grand event for the Muslim community,” he said.

According to astronomical calculations, the European Council for Fatwa and Research (ECFR) announced that Ramadan fasting will start in Europe on Saturday, May 27, 2017.