The festival will run from August 31 – September 2 at Celebration Square in Mississauga and it will be a weekend of love, laughter, food, and entertainment for people of all ages.

“Over the past 15 years, MuslimFest has become a must-attend event for Canadian Muslims throughout Ontario,” says Tariq Syed, Event Director of the Festival.

“We encourage people from all backgrounds to visit the festival as it provides Muslims with opportunities to share our culture with the broader community.”

“We believe in education through the language of art, humor, and meaningful entertainment, something we feel can create new connections throughout our community.” 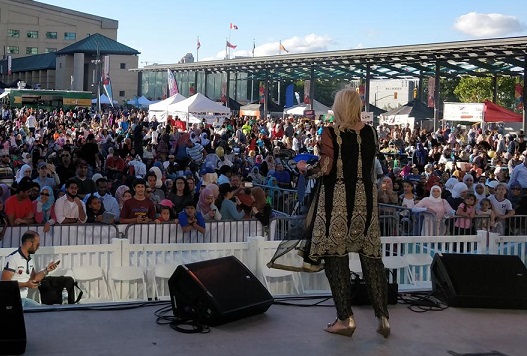 MuslimFest is one of Ontario’s top 100 festivals and is listed among the Top 40 Best festivals in North America by FlightNetwork.com.

The festival will kick off at 5 pm on Friday, August 31 with the 2nd annual Flag Unveiling Ceremony and a children’s choir singing the Canadian national anthem.

Throughout the weekend, the festival stages will be busy with a full line-up of entertainers.

Amal Kassir and Timaj Garad will present their poetry and spoken word pieces; Dawud Wharnsby and Harris J. will entertain festival guests with their musical performances and comedians Jeremy McLellan and Azhar Usman will keep guests laughing at the Saturday night, primetime show. 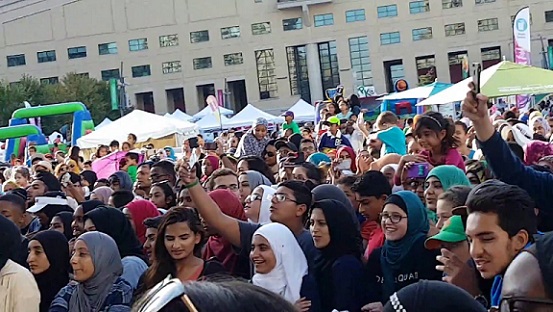 Festival attendees will have the chance to browse and shop at many unique vendors and taste a variety of food offerings from around the world.

On Saturday and Sunday, festival attendees can learn how to create paper flowers with Hafsa Creates, draw comics or write Arabic calligraphy.

In addition to the workshops, there will be an arts and crafts tent and carnival games where children and families can drop by throughout the day.

A wide array of artwork from artists of all backgrounds will be displayed over the course of the festival. Some of the artists being featured are: Artistically by Iram Abid, Bana’s Islamic & Arabic Ceramic Fine Art, The Floral Art Project, and Art by Syeda.

MuslimFest is an award-winning annual festival in Mississauga that celebrates the best in Muslim arts and entertainment.

Launched in 2004, MuslimFest is a joint project of DawaNet and Sound Vision. Today, it is considered North America’s largest Muslim festival of its kind, attracting over 40,000 attendees annually.