WINDSOR – A Muslim group in Windsor this week opened a shelter for women fleeing domestic violence or poverty, regardless of their faith.

“When you want to go to a shelter you want to be in the safest of environments possible — safe can look different to different people,” Lina Chaker, a spokesperson for the Windsor Islamic Council, told CBC.

“I’m really happy to see that this is being done to cater to a pretty large population.”

The new transitional home was launched and run by Nisa Homes, a part of a charity called the National Zakat Foundation.

The four-bedroom facility is the third in Canada after two other places opened in Surrey (British Columbia) and Mississauga.

The shelter, located in central Windsor, close to shops and public transit, is the brainchild of Mahwish Ayub who spearheaded the drive for the shelter about a year ago. She now serves as the regional manager for Nisa in Windsor. 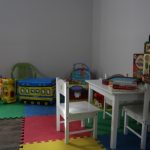 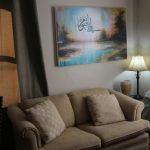 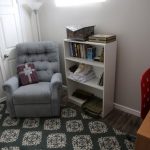 Ayub said the shelter is meant to complement, not replace or compete with existing supports for vulnerable women.

“Our caseworkers are bilingual or trilingual, so that helps … remove that barrier,” she explained.

While the home will cater to Muslim women, it will be open to women of all ethnicities and backgrounds.

“We tried to keep it as similar to just any ordinary home,” Ayub said, describing the house as “cozy.”

“Everything just kind of stays very familiar while they … work to rebuild their lives.”