TENNESSEE – As two Muslim women enter the Congress for the first time in history, one of them is a hijabi, many believe that this breakthrough has strengthened young Muslims’ hope of breaking down barriers and stereotypes.

“Giving women those role models in our community and then in the halls of Congress will just inspire the next generation of our Muslim, especially girls, to be assertive in who they are, to be proud of their identity and to know that their love for their community, their country will take them places,” Sabina Mohyuddin, program manager for the American Muslim Advisory Council, told The Tennessean.

Many Muslim women in the US have their own stories about facing hostility on a daily basis.

But the historic election in November of the first two Muslim women to Congress gives them hope for a better future, one that is filled with great possibilities and less discrimination.

Both Michigan’s Rashida Tlaib and Ilhan Omar of Minnesota were elected in November midterm elections. 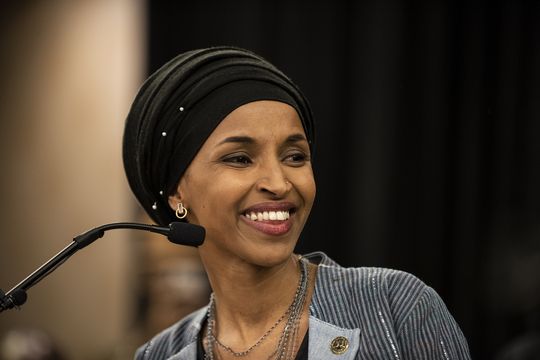 Omar, who wears hijab, has become the first Somali-American member of Congress.

When both women take office in January, their jobs will be to represent their respective congressional districts, but their victories are felt far beyond those geographical boundaries.

Omar and other Democrats are trying to change a 181-year-old rule that bans House members from wearing hats on the floor of the chamber.

Mohyuddin, from Nashville, hopes Omar will encourage Muslim women to stand up for themselves, especially when their religious choices are not being accommodated in the workplace.

Tlaib also hopes she can continue to turn Muslim stereotypes on their heads as a House member.

“What people mostly see on TV and in the media about Muslims is that we’re terrorists and that we should be fearful, that we oppress our women. I mean two women of Muslim faith just got elected to the United States Congress,” Tlaib said.

“All of what they see on TV is now being challenged because I bet you on TV they have never seen anyone like myself or Ilhan.”

Ahmedulhadi Sharif, the imam of the Islamic Center of Tennessee, believes Islamophobia is growing in the US and it is being galvanized by Trump’s rhetoric. He is concerned the visibility of Muslim women will make them susceptible to backlash.

To help Muslims, especially women, he is periodically tapped to write letters to employers explaining why Muslim men and women need time for daily prayers and why Muslim women choose to wear the hijab even at the office.

“We want things to be easier for our sisters and for the society to understand who we really are,” Sharif said.

However, Sarah Alzabet, who wears a hijab, believes that she has to keep a smile on her face during her work hours at the Ulta Beauty store, to encourage people who are hesitant to let her help them.

“I’m smiling at everybody that looks at me,” Alzabet said. “There’s never an excuse of ‘Oh, I’m having a bad day.’ ”

Yet, the success of both Tlaib and Omar encouraged the young Muslim to finally add a political science minor to her college plans.