The Canadian-Muslim Vote (TCMV), a civic education organization, launched its “Muslim Vote Weekend” campaign on Friday, October 11, with Get Out the Vote sermons in over 100 mosques in six provinces and territories.

“The Muslim Vote Weekend is one of the ways The Canadian-Muslim Vote is breaking down barriers to voting by getting our community to the polls early and making sure they are registered and educated on how and where to vote,” said TCMV Executive Director Ali Manek.

“Our campaign volunteers have had a million touch-points with community members this election with the message that we speak the loudest when we vote.” 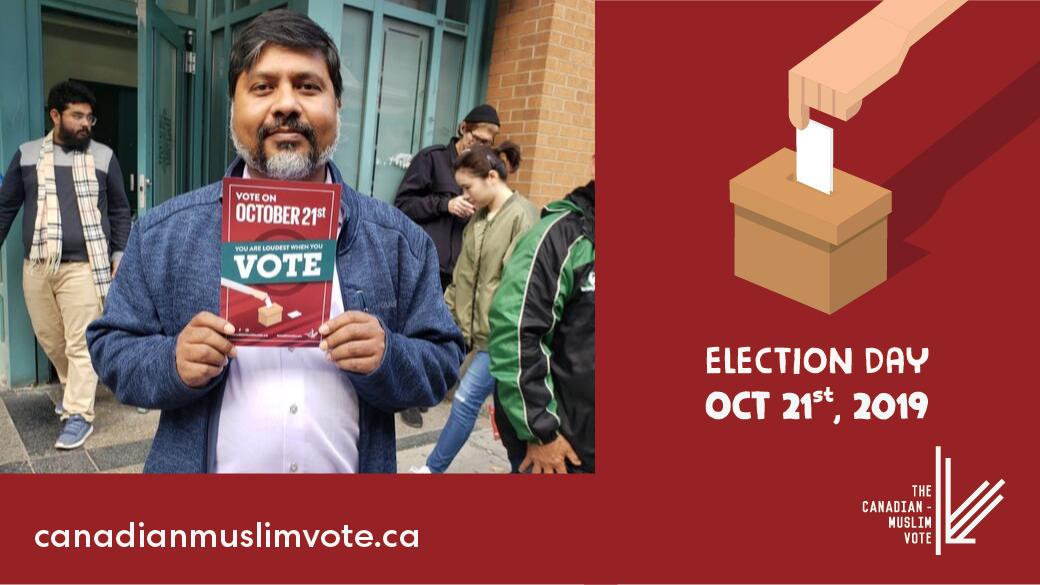 “Our community survey shows we can expect a higher Muslim turnout this election than the general average.”

The campaign will mobilize Muslim voters to the Advance Polls over the Thanksgiving holiday weekend.

At Masjid Toronto located in the heart of downtown Toronto, Imam Dr. Wael Shehab encouraged the congregation in his Friday khutba to go out and vote as it is a civic and religious responsibility.

“Voting, in fact, is a civic and religious duty,” said Dr. Shehab. “Elections are one of the most effective means that affect social changes in our communities.”

Moreover, he said: “Muslims are clearly mandated by the Qur’an and the Sunnah (prophet’s tradition) to work in cooperation with everyone for common causes that are beneficial for all; this is inclusive, not exclusive.” 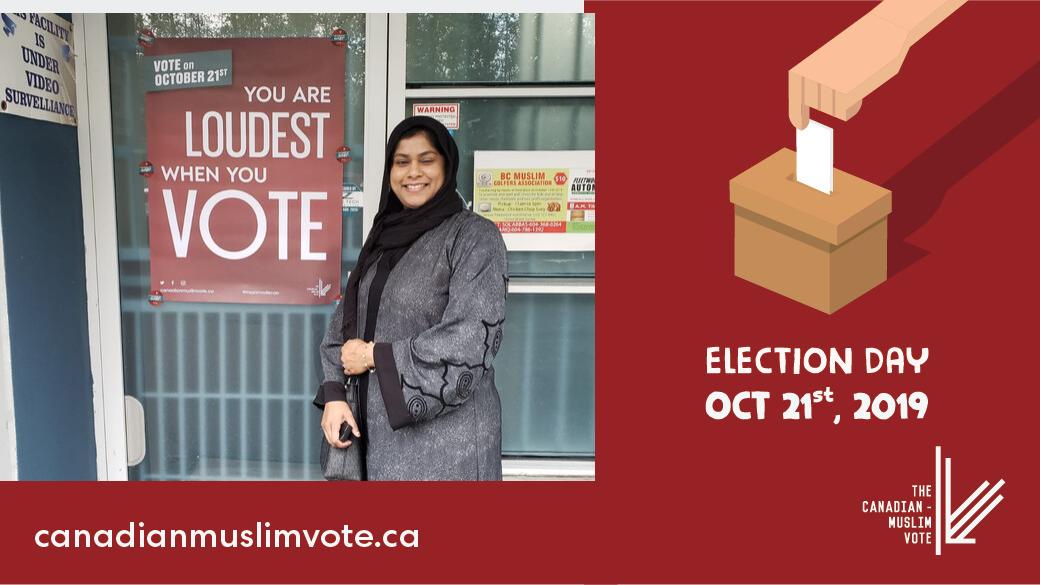 “Muslims should faithfully vote and actively engage in the public service and civic life,” added the Imam. “We join hands and cooperate with all fabrics of the Canadian society to promote and maintain justice, fairness, equity, security, and freedoms for all. This is in harmony with the tenets of the Qur’an, the Sunnah, and Higher objectives of the Islamic law.”

“As Islam calls for universalism and inclusiveness, we, Muslims, should stand for and support a vision of Canada that is inclusive. We should strive to fight poverty, discrimination, injustice, inequity, racism, and all forms of hate in words and deeds. 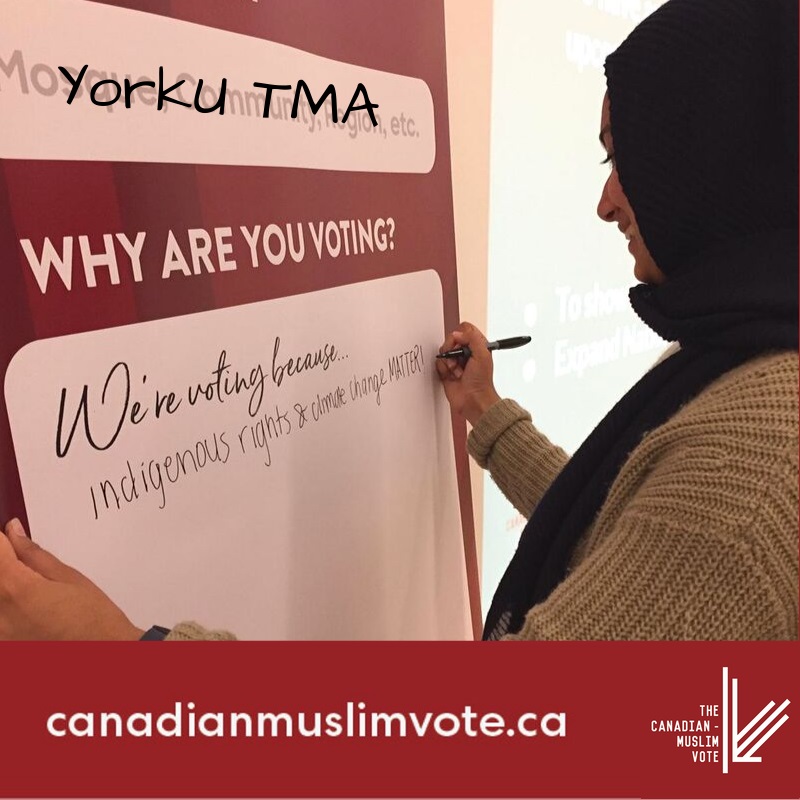 Bring Them to Polls

Interestingly, volunteers at mosques from Whitehorse to Halifax recieved over 130 “Campaign-in-a-Box” all-in-one, do-it-yourself kits to educate Muslim voters and bring them to the polls.

“The Canadian-Muslim Vote’s “Campaign-in-a-Box” gives me everything I need to get my community ready for the election and out to the polls. By making the election visible in my community through posters, flyers, and phone banking, I’ve seen with my own eyes that we are making a difference with Muslims voting early,” said Iman Berry, a first-year Western University student and first-time volunteer with TCMV in its Get Out The Vote campaign. 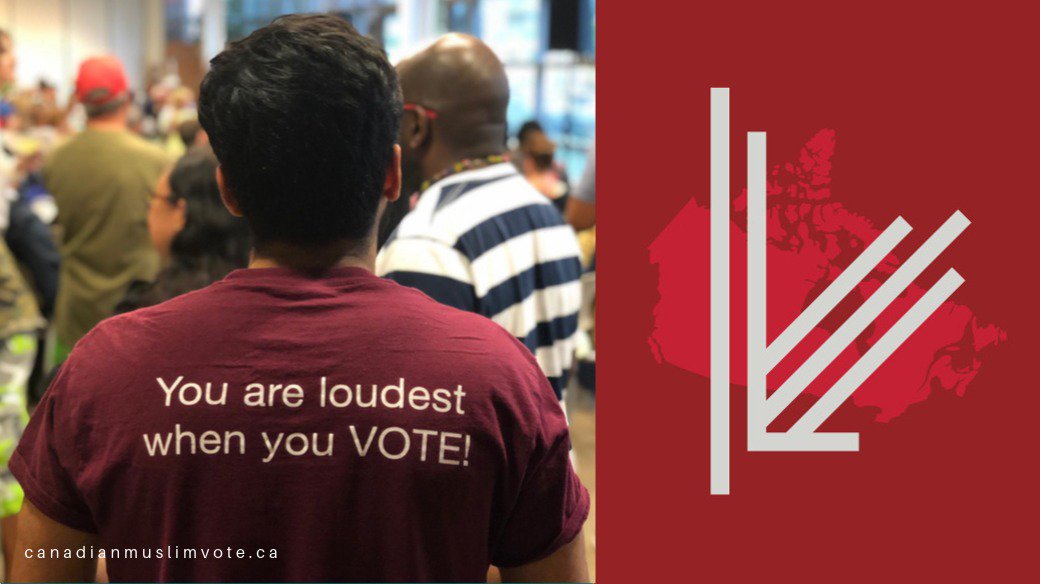 The Canadian-Muslim Vote launched in 2015 with the mandate to educate and mobilize the estimated 767,000+ Muslim voters across Canada at all levels of government in a non-partisan way.

Earlier in the 2018 Ontario provincial election Get Out The Vote campaign, The Canadian-Muslim Vote had nearly 2-million touchpoints with the Muslim community.

Approximately 79 percent of Canadian Muslims voted in the 2015 federal election. Muslim voter turnout was as high as 88 percent in some ridings.