“We thought this is perfect for bringing to Quebec audiences because when they first come into the world of the play, they’re able to have some distance,” said director Mercedeh Baroque.

The play, Spun by Rabiah Hussain, is about two friends living in London after the 2005 terror attacks.

The characters struggle to process how people’s attitudes toward them changed after the bombing. One decides to distance herself from her roots, while the other embraces them.

“People need to know what kind of impact these discussions in the public sphere are having on young Muslims,” Baroque said.

The play will open at the Centaur Theatre this week. 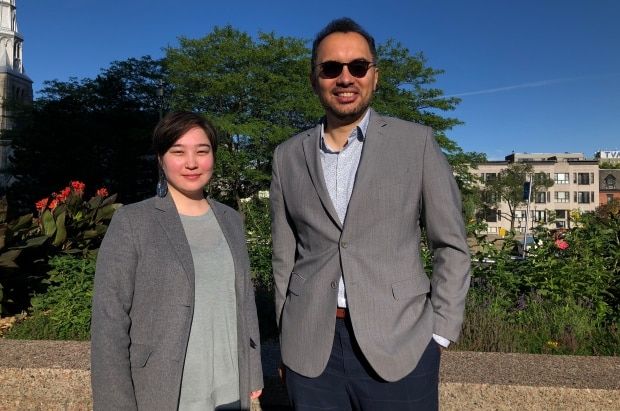 Baroque, the director, hopes children and teenagers from minority groups, in particular, will attend the show.

“Young people who are a part of a minority group have to deal with this coming-of-age struggle much sooner than the majority groups,” she said.

Spun is the second play by the Silk Road Institute, which initially billed itself as “Canada’s first professional theatre company dedicated to celebrating Muslim stories.”

Its first production, The Domestic Crusaders, was staged last year at a small space in Montreal’s Notre-Dame-de-Grâce neighborhood.

The Silk Road Theatre is dedicated to sharing diverse narratives from within Muslim communities with the intention of building bridges of understanding and dialogue with wider Canadian society.