American Muslim freshmen are the most inclined to have a considerable number of religiously diverse friends, a new survey has found, Study International reported.

In the US colleges and universities, most students have at least one friend from a different religion.

Yet, among all racial and religious groups, Muslim students reported the highest percentage of affiliation with five or more friends of different religious or secular identities.

“Muslims (79 percent), Jews (68 percent), Buddhists (57 percent), and atheists (55 percent) are the most inclined to have a considerable number of religiously diverse friends as they are beginning their first term on campus,” according to the study, conducted by the Interfaith Youth Core.

“In sum, most students come to their campuses with some experience in bridging worldview divides through the friendships they cultivate,” the study added.

Alyssa Rockenbach, Professor of Higher Education at North Carolina State University and co-principal investigator on the survey, told Inside Higher Ed that maintaining or gaining more friends across world views “gives students more pluralistic mind-sets, which makes them well prepared to graduate college and contribute to their workplaces in more productive ways.”

The report said the Muslim and Jewish students have more religiously diverse friends basically for growing up in religiously-diverse communities. 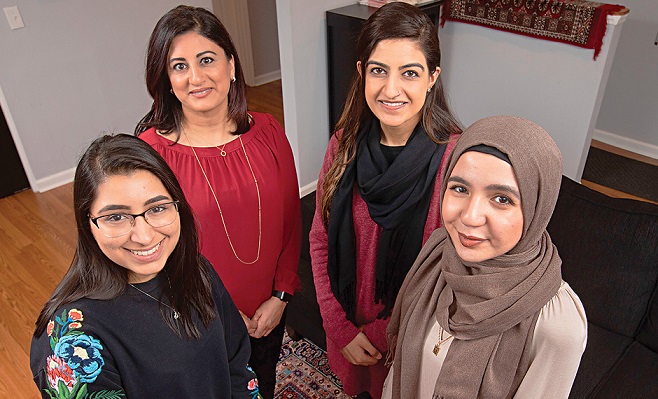 The Interfaith Diversity Experiences and Attitudes Longitudinal Survey (IDEALS) report is based on the responses of 7,194 students at 122 diverse colleges and universities. Those participants responded to the first two IDEALS in 2015 and 2016.

IDEALS is the first national study of its kind to focus on undergraduate students’ interactions with others of diverse worldviews and religions.

This correlates with a 2014 Pew Research Center study that arrived at a similar finding: “Americans who know a member of a group tend to rate that group more positively.”

In this atmosphere, the Muslim Student Association (MSA) “strives to facilitate networking, educating, and empowering the students of today to be citizens of tomorrow’s community” according to its website.

The events include Islam Awareness Weeks and Hijab days as well as organizing protests and demonstrations for social justice and equality.

Other events include fundraising forums and charity affairs to help the less fortunate.

Islam is the third largest religion in the US after Christianity and Judaism. According to 2016 estimates, there were 3.3 million Muslims living in the US forming about 1% of the total population.