“I think I had a moment of calm after reading the email. It’s not about the money, it’s more of an opportunity to put myself out there and impacting other students,” Shahed Saleh, a student at Vincent Massey Secondary School in Ontario, Canada, said.

“It’s basically robotics engineering. It’s controlling machines with computers. I think robots are amazing,” explained the 18-year-old student who carries a 97% average in her Grade 12 courses.

Saleh knew at a young age that she wanted to pursue engineering but it wasn’t until joining the robotics team in Grade 10 that she found which vein. “I’m excited to be part of the change in society once robots are implemented everywhere,” she said.

In light of her dream, the Muslim girl became the captain of the school’s FIRST Robotics team, a mentor for FIRST Lego League elementary school teams and a co-founder of STEM Day and CodeReach for elementary students.

Talking about his student who seeks making a big impact in the world, Massey guidance counsellor, Matt Cornies, said he “has no doubt she’s going to make a substantial impact on others. It’s going to be exponential”. 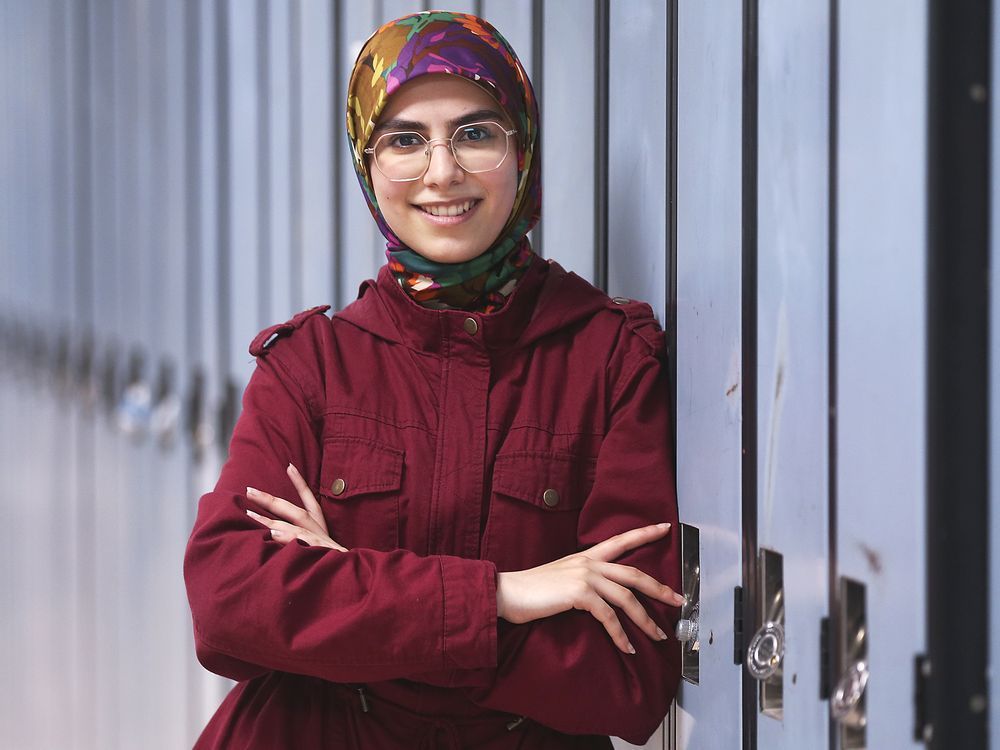 Interestingly, Saleh is the first student in the Greater Essex County District School Board to earn a $100,000 Schulich scholarship.

Saleh’s field of interest is mechatronics which is a multidisciplinary branch of engineering that focuses on the engineering of both electrical and mechanical systems, and also includes a combination of robotics, electronics, computer, telecommunications, systems, control, and product engineering.

Many people treat mechatronics as a modern buzzword synonymous with robotics and electromechanical engineering.

Schulich Leader Scholarships award 25 students annually across Canada $100,000 to study engineering at one of 20 partner schools. It also awards another 25 students an $80,000 scholarship to study science or math.

One of the important components of the award is the chance to mentor under a previous Schulich Leader winner.

The scholarship program was established in 2012 by the Jewish Canadian businessman and philanthropist Seymour Schulich “to encourage the best and brightest students to be the next entrepreneurial-minded pioneers of science and technology innovation”, according to its official website.