NEW YORK – October is Domestic Violence Awareness Month. Despite the beautiful example of marital happiness found in the Prophet Muhammad (peace be upon him) and his condemnation of mistreating one’s spouse, domestic violence remains an issue in Muslim cultures across the globe.

Consequently, there continues to be the need for discussions about the subject, and artists frequently use their craft to shed a lens on this tenacious topic.

Filmmaker Tohib Adejumo recently released Last Night, a short film on YouTube. The film features Ruqayyah Olajumoke as Kemi, a young woman who must decide whether to stay in a marriage in which she experiences frequent abuse.

“You think you can beat me then buy me off with gifts and money; I am sick and tired of that,” exclaims the bruised heroine in the film’s opening scene.

“The plot of the film is centered on domestic violence, and the impact of social media in a woman’s matrimony,” Adejumo told AboutIslam.
Embed from Getty Images

Domestic Violence in the US

According to the latest statistics from the National Coalition Against Domestic Violence (NCADV), approximately 10 million women and men are abused annually (20 per minute).

“1 in 3 women and 1 in 4 men have been victims of [some form of] physical violence by an intimate partner within their lifetime.”

A study of Muslims by the Peaceful Families Project revealed that up to 56 percent of Muslim women reported experiencing some type of familial or relationship violence in their lives and up to 31 percent reported abuse from an intimate partner.

The filmmaker expressed his initial hesitation about producing Last Night. 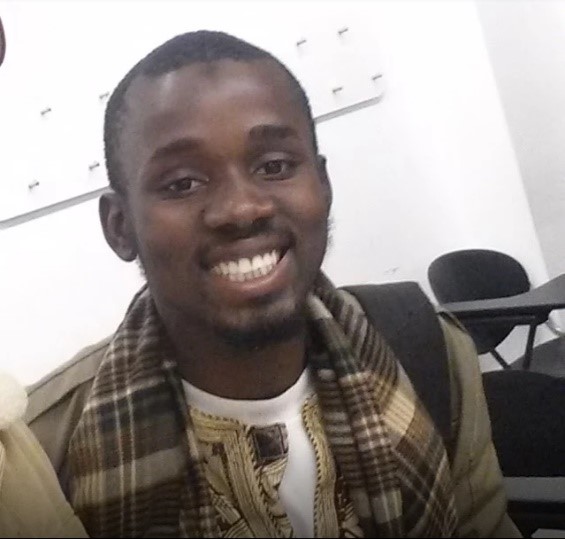 “I was reluctant to produce this short movie at first after writing the screenplay. The proliferation of films with domestic violence as their plots is well-known, and it would portray a bad side of marriage. I have always been an advocate of showing the beauty in marriage, so the film seems to conflict with that.

However, the truth is, domestic violence is a sad reality that needs attention, and the more films about it, the better at getting the message across.”

“I conducted an online survey on relationship violence during Spring for a class, and I was flabbergasted by the results: 80% of the respondents said they knew or know someone who is suffering from domestic violence, yet only about two percent said they’d actually been abusive to their partners.”

His findings served as motivation to produce the short film.
Embed from Getty Images

Adejumo explained why he chose to release Last Night on YouTube. “The film was funded by the donations from close friends and family, and it’s a short one. I’m new to filmmaking, and I’m currently testing waters and learning about the industry.”

Numerous filmmakers use online platforms like YouTube, Vimeo and Steam to present their short films. Online distribution continues to grow and give producers multiple options. Adejumo told About Islam that YouTube was a realistic option for his film.

“My main audience is in Nigeria, and it would not be pragmatic to bring people together from different states and cities for a screening of a very short film, which doesn’t stretch to even fifteen minutes.

I know I could ask for payments online, but it’s the experience and the knowledge in the process that’s important right now.”

Adejumo has and plans on continuing to produce films focused on Muslim issues.