HOOVER – A multicultural staff of nurses and doctors who can communicate in English, Urdu, Arabic, and Spanish are working together to treat immigrants and the needy, uninsured, and homeless free of charge, regardless of ethnicity, faith, or language.

“Here, they can understand me in Hindi. After relying for years in the USA on home remedies like turmeric and aloe vera -because health insurance is nonexistent due to our immigration status- I was lastly able to treat my eight-year-old daughter,” Tawar told Alabama.com in an interview on Wednesday.

In a trend that has started in Alabama over a decade ago, several Muslim doctors have launched their own facilities across the US, funded primarily through donations to help the poor and the uninsured.

The Red Crescent Clinic of Alabama operates out of the Hoover Crescent Islamic Center where classrooms are converted into healthcare hubs for vaccinations and laboratory tests. Treatment and prescriptions are performed with steep discounts.

The team of 16 Muslim physicians diagnose patients for free in a step that fills a critical gap for people who have limited medical options in the greater Birmingham area.

The Henry J. Kaiser Family Foundation estimates 420,800 Alabamians (or 9% of the state’s population) were uninsured in 2016.

“This is good. With all the free services and all the professional doctors, it’s just nice to be here,” expressed a patient named Aly who started visiting the clinic after hearing about it from a friend. 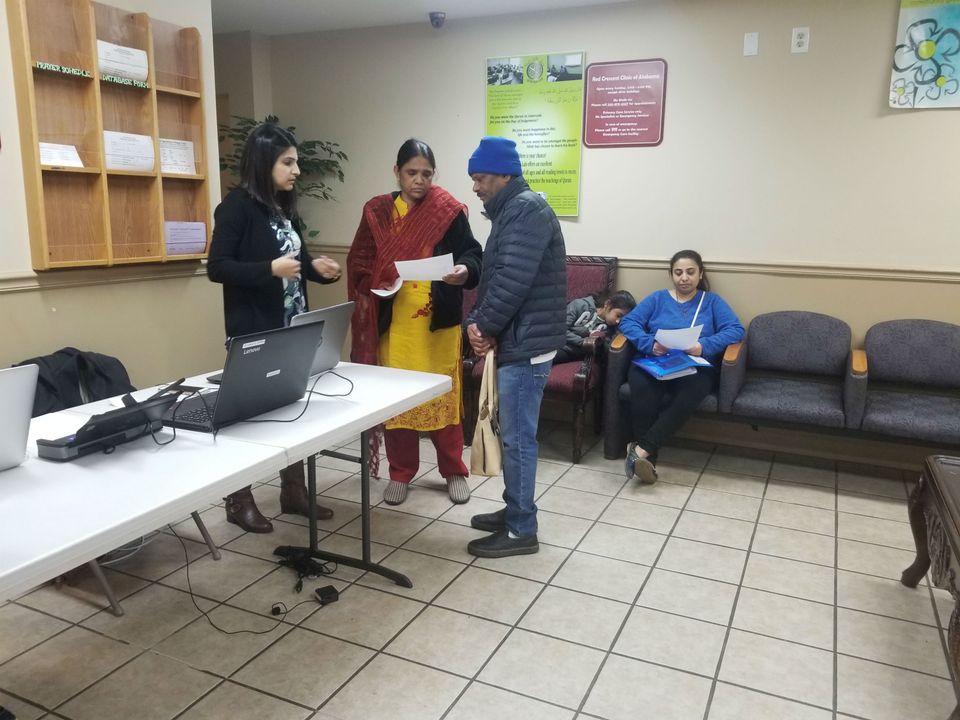 A volunteer helps patients at the Red Crescent Clinic of Alabama in Hoover on Jan. 7, 2018.

Sammy Kaphner was one of those American citizens who were diagnosed with high cholesterol and he was able to make follow-up appointments at the clinic.

“It’s a good safety net knowing that someone has your back if you don’t have a private clinic,” he expressed happily.

“Most of the clinic’s kids are immigrants,” Malik informed. “A pediatrician started seeing patients once every three months in 2016.”

Zeenat Islam, a volunteers’ trainer, said “the clinic is providing free services to those who face barriers when it comes to healthcare. On a federal level, non-citizens qualify for Medicaid and the Children’s Health Insurance Program (CHIP) coverage five years after they receive legal immigration status. Exceptions are made for refugees, asylees, or lawful permanent residents who used to be refugees or asylees.”

His project was inspired in 2011 by seeing foreign-born residents running American hospitals and more.

“I don’t think that the negative perception of Islam is driven by ill-will in everybody. It’s kind of misperception that Islam teaches violence or there is violence in Islam,” Malik said.

“But we were taught to be compassionate to help the widow, poor and those who have less than us in the same way any civilized society would bring their kids up.”

“I started the clinic with my Pakistani colleagues in 2012 after receiving support from the Birmingham Islamic Society and other donations from the Muslim community.”

“A physician can basically see patients and helps them,” Malik said.

“To do it for compensation or reimbursement is just doing your job, working and making money to take care of your family. If we take time away from our families and actually serve the community, that to me is noble and representing something good.”