CANTON – Earlier this month, Miss Muslimah USA contest has concluded with the centerpiece of the pageant created by Maghrib Abdul-Shahid is modesty and keeping with Shari`ah, IndeOnline reported on August 18.

“I didn’t care if I won. My mission was to be a role model for other young Muslim women. And to change how Muslim women see themselves in terms of beauty,” Rahimah Al-Saffat, 25, nursing student and Stark County Board of Developmental Disabilities employee, talked about her first experience.

A contingent of Al-Saffat’s family and friends from the al-Rahman Mosque in Canton attended the pageant, while others watched it online.

Miss Muslimah Pageant USA was founded in 2016 and crowned its first pageant winner in 2017. The 2018 pageant’s winner is Ifrah Hashi from Minnesota, who earned a $1,000 prize. Dr. Khadijah  Ismail, who resides in Newark, New Jersey, was the winner of Miss Muslimah USA, 2017 the first Miss Muslimah pageant.

In only a few short years, Miss Muslimah Pageant USA has already built a reputation as a powerful force in the world of beauty pageants.

Al-Saffat expressed her thoughts about the event by saying: “The society doesn’t want you to dress modestly. It’s hard for Muslim women to feel beautiful because of how they dress.”

“We cover because people are supposed to look at the beauty within,” Al-Saffat continued, stressing that wearing a hijab, or head covering, is by choice. 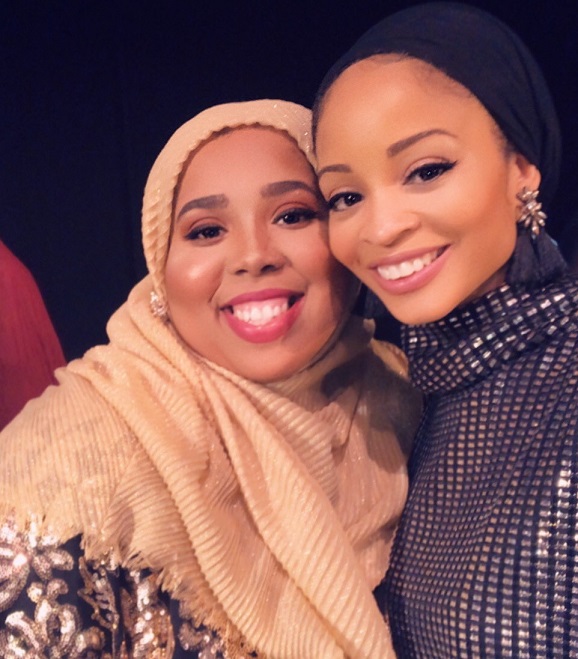 Al-Saffat, a 2011 graduate of Timken High School, recalled being constantly bullied because she’s a Muslim.

But the Islamophobic experience didn’t weaken Al-Saffat’s faith or her desire to be a positive example for her two younger sisters and her seven brothers. The daughter of Akbar and Nuri Al-Saffat plans to have her own group home or nursing-care company in five years.

The holy Qur’an encourages both men and women to dress modestly. Islam has strongly emphasized the concept of decency and modesty. In many authentic hadiths, it has been quoted that “modesty is a part of faith”.

Islam is the third largest religion in the US after Christianity and Judaism. According to a 2010 study, it’s followed by 0.9% of the population. While, another 2017 study estimated that 3.45 million Muslims were living in USA, about 1.1% of the total population.

According to a 2017 study done by the Institute for Social Policy, “American Muslims are the only faith community surveyed with no majority race, with 25% black, 24% white, 18% Asian, 18% Arabophone, 7% mixed race, and 5% Hispanic”. In fact, 50% of Muslims are native born while the other 50% are foreign born, and 86% are citizens.