“At officer training, I was the first Muslim that most of my colleagues had ever met,” Ouza told NBC documentary.

“Islam and the Air Force have more similarities than people think, Ouza said. “Discipline. Modesty. Justice. Valor. So, in a way, the hijab and the uniform both represent the same thing.”

Lt. Ouza was recently granted a religious accommodation allowing her to wear a hijab during training and in her role as chief of legal advice at Scott Air Force Base in Illinois.

As a graduate from the University of Toledo College of Law, the Muslim woman knew that her hijab may impact her application into the Air Force.

After being accepted into the highly-competitive JAG Corps program, she was told she could only request a religious accommodation after committing years of her life to military service. 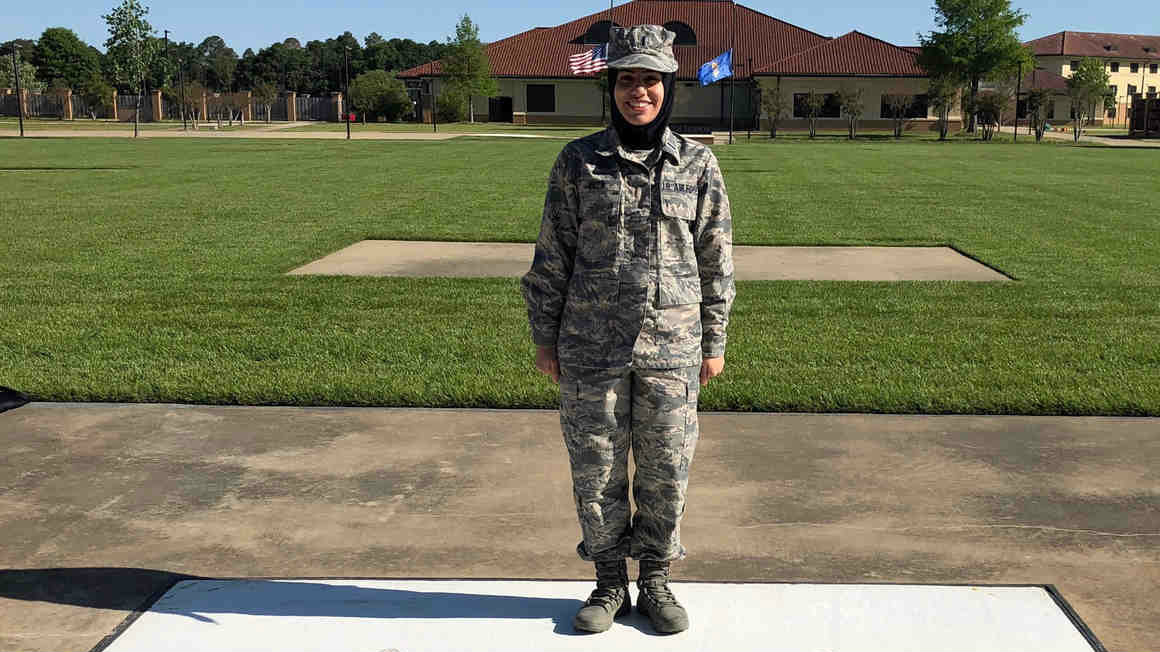 Air Force officials said she would have to remove her hijab and begin basic training without the head covering.

The American Civil Liberties Union and her attorneys sent a letter to the Air Force on behalf of Ouza urging officials to reconsider the policy.

The Air Force then reversed their decision and allowed Ouza to join JAG Corps with the religious accommodation.

“The idea that people are just going to do away with their prejudices, that is not a realistic expectation,” Air Force Capt. Rafael D. Lantigua, a Muslim chaplain also featured in the documentary, said.

“You’ve got to open the door to allow other people to experience who we are.”

When Ouza was awarded the “Airman of the Week” honor, her fellow trainees and instructors described her as “a true leader who will greatly contribute to the Air Force and anything she pursues.”

Ouza is not the first Muslim woman to wear hijab while serving in the US army.

As of 2017, the US Army has also permitted Muslim servicewomen to wear hijabs as part of their official uniform.

Wilson is one of about 5,000 Muslim-Americans who currently serve in the United States military.

Muslims have also served in numerous conflicts dating back to the founding of the United States, including soldiers Yusuf Ben Ali and Bampett Muhammad in the Revolutionary War, Captain Moses Osman in the Civil War, and numerous Muslims in World War II.

American Muslims, like many other Americans, have also opposed participation in wars that they considered unjust, including boxer Muhammad Ali, who famously refused to fight in the Vietnam War.