KENTUCKY – Muslims in Kentucky and South Carolina have stood up to provide free meals to airport employees, who have been going without payment since government shutdown a month ago, Wave3 reported.

“We wanted to show them support, especially on this stormy, icy day that they are not forgotten, we are there for them,” Muhammad Babar, the President of Muslim Americans for Compassion said as he visited the Louisville Muhammad Ali International Airport on Sunday.

“We honestly believe our fellow citizens should not be used as leverage by our politicians.”

Under the American Constitution, Congress is supposed to periodically pass bills that approve spending for the federal government.

In practice, those spending bills can last a few weeks or months or a whole year; they can fund the full government or just parts of it.

Whenever the current spending bill expires, lawmakers must pass a new one to keep the government running. If they don’t, the federal government starts to shut down sometimes partially, like the case since December 21, 2018.

Leaders of a Louisville group called Muslim Americans for Compassion said they wanted to help workers still waiting for their paychecks.

Therefore, they bought all the TSA agents working in the area lunch and gave them gift cards for gas and food.

Babar said that employees should be paid, and the government reopened, with border security discussions continuing after that. 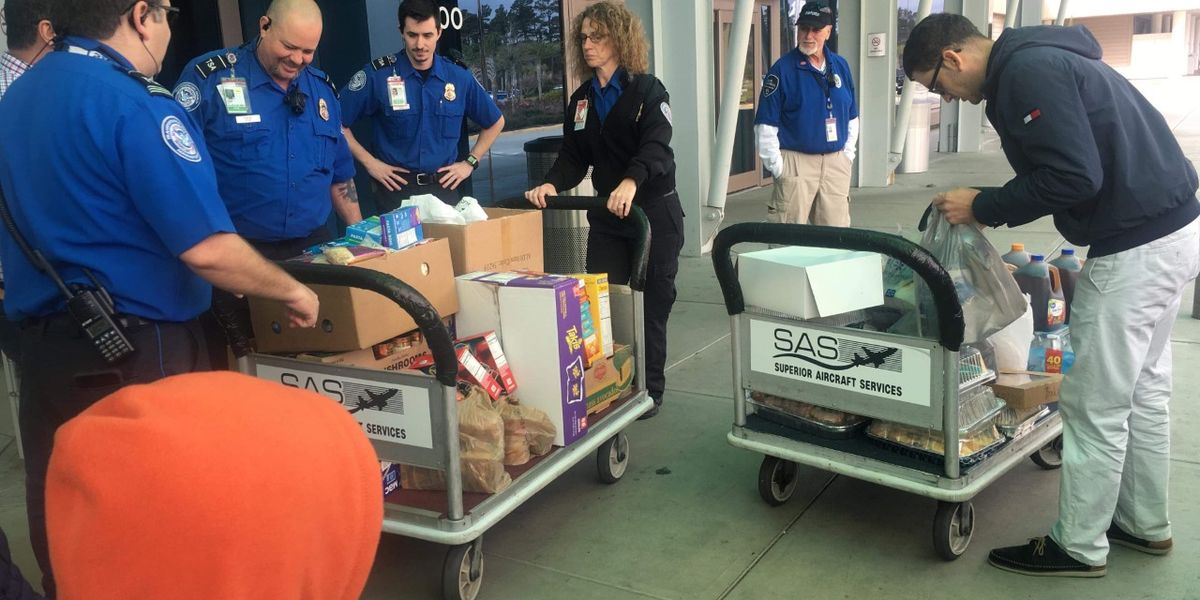 “We saw on Facebook where TSA agents were being impacted by the shutdown,” began Heather Alfonso, member of the Board of Directors of the Grand Strand Islamic Society, WMBF reported.

“We are always glad to help in the community and help promote a more positive image of the Muslim community here in Myrtle Beach.”

The mosque’s congregation usually come together every month to donate dinner. This month, they decided to give donations to airport employees, delivering nearly 4 luggage carts full of food were donated along with 14 pizzas.

“Our mosque is too close to the airport not to do anything,” Alfonso added. “They seemed very grateful for the support.”

In Tennessee, a falafel Syrian restaurant in Tennessee, which was dubbed Nicest Place in America, has been feeding government workers during the shutdown.