US Representative Ilhan Omar attends a youth climate rally on the west front of the US Capitol on March 15, 2019 in Washington, DC. (Photo by Brendan Smialowski / AFP) (Photo credit should read BRENDAN SMIALOWSKI/AFP/Getty Images)
aaa

A hashtag supporting Muslim American congresswoman Ilhan Omar has gone trending on Twitter following a tweet by US President blasting the freshman congresswoman over the false claim that she downplayed the 9/11 attacks, The Intercept reported.

“Ilhan Omar is a leader with strength and courage. She won’t back down to Trump’s racism and hate, and neither will we. The disgusting and dangerous attacks against her must end,” Sen. Bernie Sanders (D-Vermont) wrote.

Ilhan Omar is a leader with strength and courage. She won’t back down to Trump’s racism and hate, and neither will we. The disgusting and dangerous attacks against her must end.

It started with Trump tweeting a video on April 12 that splices a clip of a comment Omar made while speaking at the Council on American-Islamic Relations (CAIR) in March into videos of the Sept. 11, 2001 terrorist attacks on the World Trade Center and Pentagon.

The comment, which came while Omar was discussing how terrorism has led to Islamophobia, is edited in a way that paints her out to be dismissive of the tragedy.

“WE WILL NEVER FORGET!” Trump wrote alongside the video.

WE WILL NEVER FORGET! pic.twitter.com/VxrGFRFeJM

Responding to the hate tweet, a hashtag went on the top of Twitter’s trending list on Friday.

The President is inciting violence against a sitting Congresswoman—and an entire group of Americans based on their religion. It’s disgusting. It’s shameful. And any elected leader who refuses to condemn it shares responsibility for it.

President Trump understands the weight his words carry. His tweet about Congresswoman Ilhan Omar puts her life & her family’s lives at risk. Our outrage should be nonpartisan. That it’s not will only give him license to continue to incite violence. 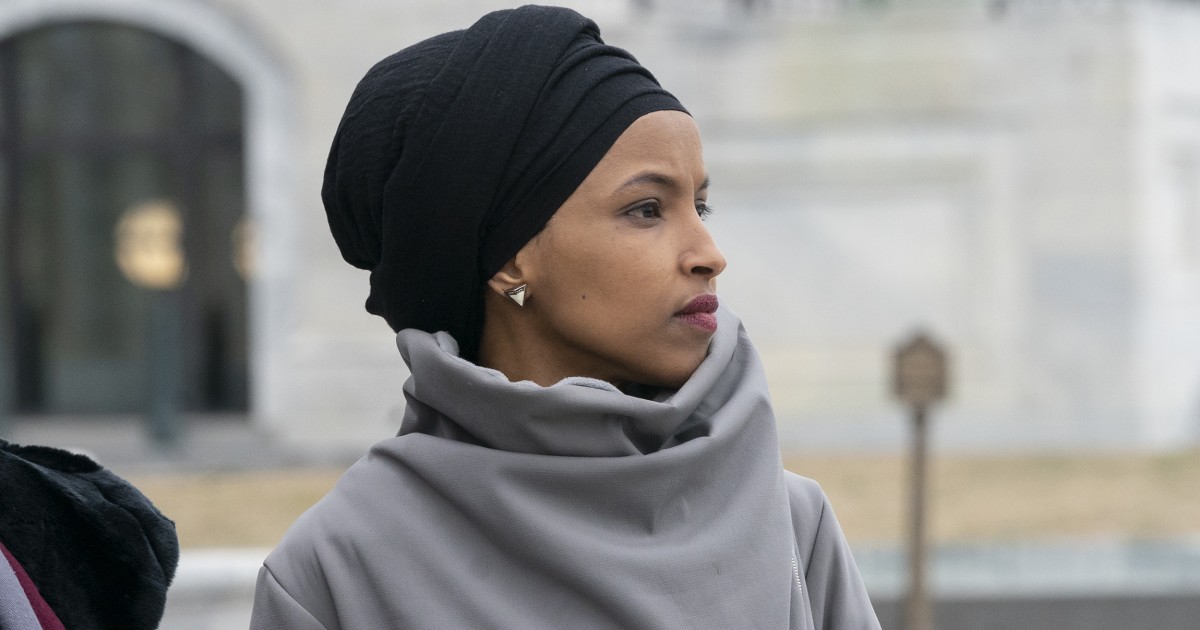 Despite huge support on Twitter, Rep. Omar said she has received an increased number of death threats after Trump’s tweet, The Guardian reported.

Omar issued a statement on Sunday night saying: “Since the president’s tweet Friday evening, I have experienced an increase in direct threats on my life – many directly referencing or replying to the president’s video.”

“Violent rhetoric and all forms of hate speech have no place in our society, much less from our country’s Commander in Chief,” she wrote. “We are all Americans. This is endangering lives. It has to stop.”

The congresswoman on Saturday said she would not be silenced by “an administration that ran on banning Muslims from this country”.

“No one person – no matter how corrupt, inept, or vicious – can threaten my unwavering love for America,” Omar tweeted.

Omar, who represents a district including Minneapolis, has been in Congress just over three months but she has been targeted by Trump more than once.

In February, after Omar suggested support for Israel was fueled by donations from a lobby group, she was accused of antisemitism.

“I did not run for Congress to be silent,” she tweeted on Saturday. “I stand undeterred to continue fighting for equal opportunity in our pursuit of happiness for all Americans.”

Rashida Tlaib of Michigan, the other Muslim American woman in Congress, was the first on Friday to call for Democrats to support Omar.

“Enough is enough,” she wrote. “No more silence, with NY Post and now Trump taking Ilhan’s words out of context to incite violence toward her, it’s time for more Dem[ocrats] to speak up. Clearly the GOP is fine with this shameful stunt, but we cannot stand by.”

Omar is the first Somali-American (and hijab-wearing) Congresswoman in the US.

Omar’s journey to become the US first Somali-American Muslim lawmaker began in a refugee camp in Kenya when her family was escaping Somalia’s brutal civil war.

In 2014, Omar was named a rising star in the Democratic–Farmer–Labor Party’s Women’s Hall of Fame. She received the 2015 Community Leadership Award from Mshale, an African immigrant media outlet based in Minneapolis.