HOUSTON, TEXAS – If American Muslims are going to effectively fight Islamophobia and racism and change negative perceptions some people have of them, they must be optimistic, organized, and engaged. They must also look to their faith.

“There is no other religion that has explicit anti-racism scripture, and it’s not just one line,” said Imam Omar Suleiman, founder of the Yaqeen Institute for Islamic Research, and one of four panelists on “Nations, Tribes, and Internalized Racism,” a session offered Aug. 31 during the Islamic Society of North America’s 55th annual conference in Houston, Texas.

Suleiman continued. “Islam teaches us that knowledge of God leads to knowledge of self and then to knowledge of others. Look at Bilal, a man who was blacker than black, who was discriminated against and exploited in one of the most racist societies, but he was elevated through Islam.”

Suleiman was joined by Shaun King, a writer, civil rights activist, and columnist for The Intercept; Dr. Abdulrahman El-Sayed, a former gubernatorial candidate in Michigan, and Imam Dawood Yasin, director of student life at Zaytuna College.

The panelists focused on how technology and social media, in particular, served to create a sense of distrust in society.

Panel moderator Dalia Fahmy, an assistant political science professor at Long Island University in New York, asked, “How in this climate of social injustice and Islamophobia can we create identities that are authentic?”

For those Muslims who seek change through activism, King said we have to be our best selves if we’re going to overcome “structural injustice” in many of our US systems.

“I think we underestimate how seriously problematic the US can be. The election (of Donald Trump as president) is the manifestation of how disturbing things are in this country,” he said.

“But I’m encouraged in spite of the bigotry and discrimination. I still have hope because I’m not convinced we’ve thrown our best solutions at our worst problems. There’s room for improvement.”

King said it’s not enough to show up at a protest. “Showing up is better than nothing, but barely. That should be the entry point to our strategies.” 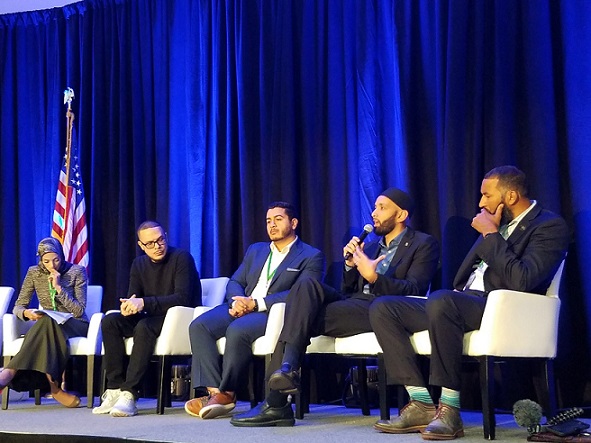 He advocated for seeking out our best leaders and spending enough time and money on viable, sophisticated and nuanced solutions.

He also emphasized the need for an informed electorate and advised the audience about weeding out truth from fiction, especially when it comes to the media and what we see and hear on social media.

“The challenge of misinformation is very, very real, and one of my basic strategies to fight this is to know how to discern the truth for yourself,” King said.

“Don’t take headlines at face value because many of them are just wrong. Find individual voices that you trust. I try very hard to be one of those voices for you.” 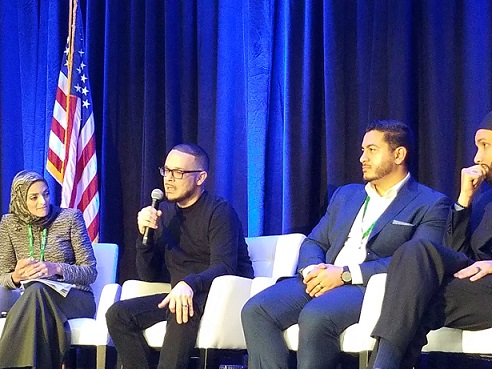 “Activism today, a lot of it is performative,” he said. “People show up and take a selfie. But that’s fake, it’s not rooted in ideology, it’s incoherent, and it’s not going to get us anywhere.”

Suleiman urged Muslim Americans to ground their activism in their faith and their Islamic traditions. “If you don’t you’ll burn out in two years, especially in this craziness that’s Donald Trump’s America. But Islam fuels us spiritually to deal with a spiritually sick world.” 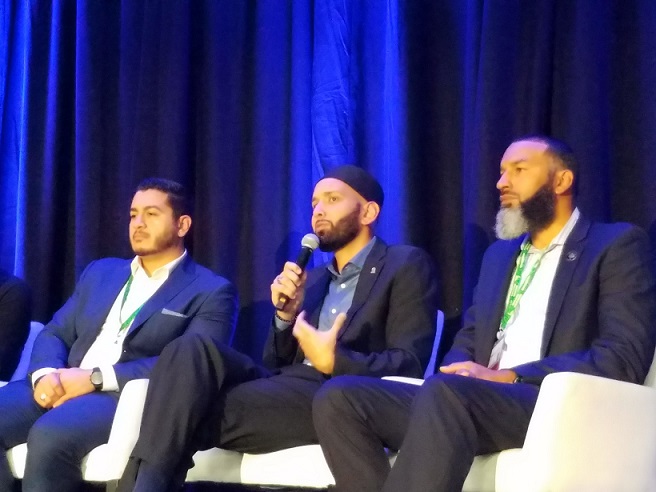 Engage is the Solution

Dr. El-Sayed said he learned a lot about overcoming misperceptions while on the campaign trail.

“It’s easy to look at Donald Trump and think that (the people who voted for him) must feel the way he feels. But the reality is there’s only a very small group of people who have a vested interest in telling Muslims we don’t belong here,” El-Sayed said.

“There’s not a lot of them, but they speak very loudly.”

The former candidate encouraged Muslims to engage authentically with their non-Muslim neighbors and with those in their community. He said they might be pleasantly surprised by the interaction.

“We have to break through our own assumptions about what other people believe and have conversations about what we all care about, like good schools for our kids, having a job and clean air to breathe.”

He continued, stressing the onus is on American Muslims to shift negative perceptions and stereotypes that only serve to hinder their lives. In doing so, El-Sayed said Muslims not only can change their experience but the experience of others who’ve suffered injustices, as well.

“If we’re willing to dignify people eye-to-eye then we have the ability to identify what a Muslim is in their mind,” he said.

“We have to face the biases that exist in this world, we have to smile and engage, and ask people what their world is beyond us. We have a responsibility to do the work of building justice for everyone.”