“My goal is loftier than just winning robotics awards,” Zaina Siyed, creator of FemSTEM Robotics Scholarship Program, explained to EdSurge in an interview on August 14.

“I created this program to encourage Muslim girls to embrace STEM while helping the world understand that Muslim girls can be strong, intelligent and successful career women,” she added.

In 2016, the Muslim teenager girl hatched a plan to teach her peers on robotics, a field that Muslim countries like Egypt, Turkey, Indonesia, and Malaysia excel in it on an international scale.

Siyed hung flyers, started a Facebook page, and approached mothers in her community—explaining the benefits of STEM education.

She secured weekly use of a local prayer room and, with the help of a GoFundMe account, raised money for equipment from local business owners. 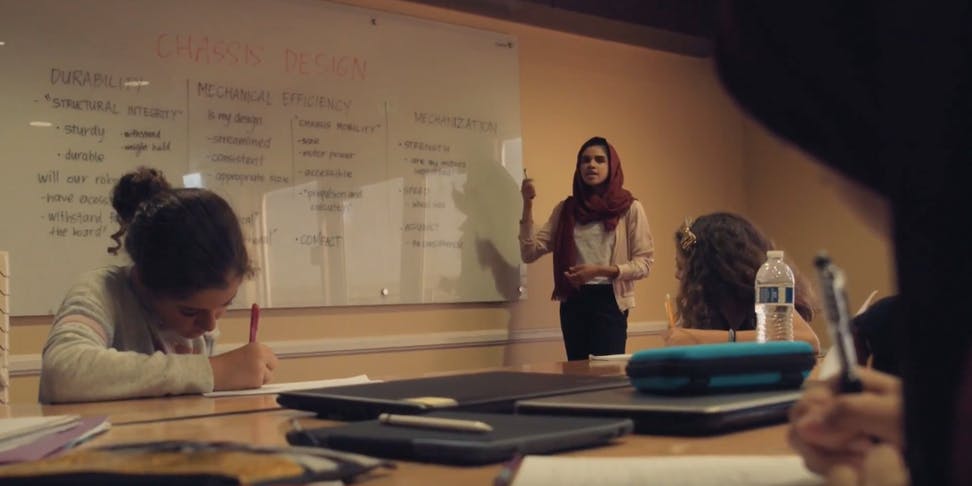 Talking about her beginning in robotics, Siyed recalled: “I joined FIRST LEGO League in 2011 when I was 10. I wasn’t super into math or science, but I just loved competitive events. And with FIRST I could compete but also have fun. That was an important part of what kept a little middle school girl coming back to those competitions.”

“I was also very fortunate at that young, impressionable age to have two female mentors coaching my team; one was in high school and one was a recent college graduate.”

Siyed spoke about her inspiring instructors whom she described as “so confident and friendly, also smart, sharp and excellent coaches. Having those two female mentors helped me envision myself in the STEM field.”

Normally, the way wasn’t fully easy for Siyed. But, the fundamental skills she learned like; engaging in teamwork, managing expectations, and dealing with disappointments, helped her to progress.

“At my first tournament, my robot malfunctioned right in the middle of the field and I cried in front of all the spectators. I laugh at that memory now but it was important to see how things can go wrong and how you have to deal with them,” the creator of FemSTEM admitted. 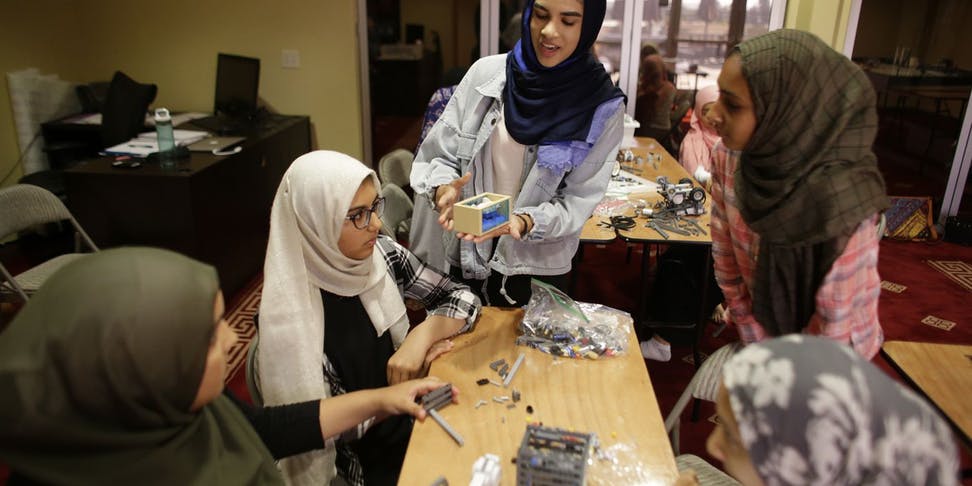 Over the course of 15 weeks, Siyed coached eight girls with absolutely no robotics experience. Their goal was to build a robot designed to solve a real-life problem as part of a FIRST® LEGO League robotics competition.

Along the way, the girls faced stumbling blocks, fears, and frustrations. On the day of the competition itself, donning matching purple hijabs and bandanas, the girls won the ‘Best Overall Performance’ award.

Teaching robotics for young girls in the FemSTEM program was very challenging for Siyed, but fruitful as well.

“Of the two shyest girls in my first class, one became the most talented programmer and the other our robot design lead,” she happily expressed. 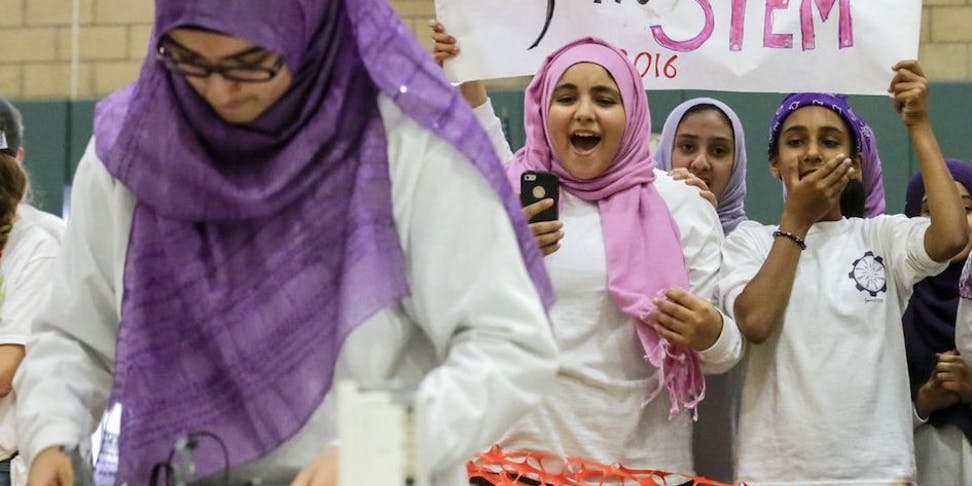 Then, the bigger effect came from the media stories. It was such a huge deal to be covered in mainstream media like the LA Times and featured in a Disney Pixar video that was promoted through Facebook and Twitter.